The Nigeria Extractive Industries Transparency Initiative (NEITI) has accused the Nigerian National Petroleum Corporation (NNPC) of not remitting over $1 billion paid by the Nigeria Liquefied Natural Gas (NLNG) in 2013 into the Federation Account.

The Executive Secretary of NEITI, Mr Waziri Adio made the accusation at a meeting to discuss the audit reports of the nation’s extractive industries in Abuja.

According to Mr Adio, although the NNPC acknowledged remittances from the NLNG to the tune of $13 billion in the last 8 years, NNPC never remitted same to the Federation Account.

The Executive Secretary highlighted some of the key findings of the audit report and urged the Nigerians to peruse.

Some of the findings include the alleged over $1 billion remitted to the NNPC by NLNG in 2013, but was never paid into the federation account.

The report also showed that the Federal Government processed as subsidy to the NNPC N1.3 trillion in 2013, a figure that represents 26 percent of the 2013 national budget.

Meanwhile, Mr Adio maintained that there is a need for stronger synergy among government agencies to checkmate each other’s operations. 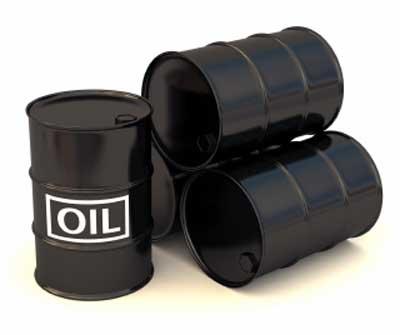 The Financial Audit Report of the Oil and Gas sector by the Nigeria Extractive Industries Transparency Initiative (NEITI) has revealed that the Nigerian National Petroleum Corporation (NNPC) failed to remit the sum of $4.84 billion (N726 billion) to the Federation Account between 2009 to 2011.

The amount is made up of dividends and loan repayments from the NLNG export business in the stated period. This is in addition to a further $3.99 billion in NLNG funds from previous years going back to 1999, the audit report said.

The report also disclosed that the Nigerian National Petroleum Corporation (NNPC) had claimed a total of N1.40 trillion as subsidy payments directly from proceeds of domestic crude sales before remittance between 2009 and 2011.

NEITI said it would further investigate NNPC’s rapidly escalating fuel import subsidy bill, which the audit showed rose from N198 billion in 2009 to N786 billion in 2011.

The report further stated that the subsidy payments claimed by the NNPC increased by 110 per cent. It rose from N198 billion in 2009 to N416 billion in 2010.

The Audit report also revealed that the NNPC owes the federation account N1.305 trillion from crude oil sales in the three-year period as at December 2011.

The state-oil firm receives 445,000 bpd of crude oil to refine locally but only uses 20 percent of it because Nigerian refineries are in disrepair. The rest it sells, the audit said.

NEITI said NNPC then removes subsidy from the money it earns from the crude oil sales before sending the balance to government accounts, a practice the auditor said the government should change because it left “gaps in the process”.

The report further revealed that Nigeria is owed around $5.85 billion in underpaid taxes and royalties from oil and gas producers but did not name specific companies because some firms are seeking legal action on the alleged debts.

NEITI is a government agency that operates as part of a global EITI scheme to investigate and monitor the extractive industry.

The also revealed that a total of $143.5 billion (about N21.5trillion) was earned by Nigeria as revenue from the sector between 2009 and 2011. The sum amounts to about five times the nation’s budget for the year 2013.

Other areas that contributed include earnings from Pay As You Earn (PAYE), Value Added Tax (VAT), dividends and repayment of loan by the Nigeria Liquefied Natural Gas (NLNG), contributions to the Niger Delta Development Commission (NDDC) and the Education Tax Fund (ETF).

At the formal presentation of the independent audit report on Thursday, the Chairman of the National Stakeholders Working Group of NEITI, Mr. Ledum Mitee said the report was commissioned in line with Section 16 of the NEITI Act.

Royal Dutch Shell’s Nigerian joint venture Shell Petroleum Development Company of Nigeria (SPDC) on Friday declared force majeure on its gas supply after an attempt to steal crude oil from a pipeline led to a fire, the company said in statement.