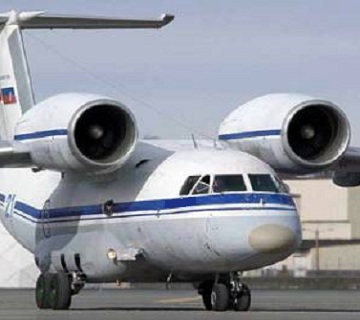 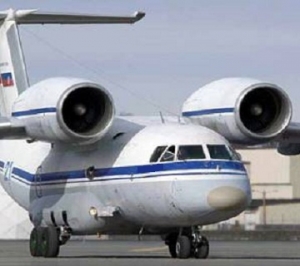 A Russian aircraft loaded with military arms and ammunition has been held at the Malam Aminu International Airport in Kano.

The plane en-route to N’Djamena, the capital of the Republic of Chad was apprehended at the early hours of Saturday.

According to sources close to the airport security in Kano, the plane’s cabin crew are currently detained for questioning.

Efforts to speak with officials at the airport was not successful, but eyewitnesses said the planes landed around 2:00am local time on Saturday and were surrounded by officers of the Nigeria Air Force.

Last week, however, the Nigerian government had said it is looking to buy arms from Russia to boost military efforts in the fight against Boko Haram terrorists.

The decision was made after several rejected appeals to the US and UK for weapons and helicopter gunships to fight Boko Haram.

The report says Russia is eager to increase its leverage over other major oil producers, and find new markets for its sanctioned local arms manufacturers.

It says the Russian government has in recent weeks engaged in talks over a multi-billion dollar arms deal and technical advisory mission to help the Nigerian army defeat the insurgents.

It is not clear what the arms in the seized aircraft are meant for.