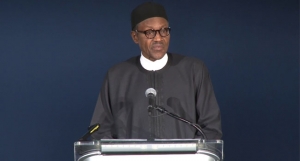 President Muhammadu Buhari says that sabotage and theft of gas are undermining the efforts of the government to increase power supply in the country.

The President, who said this in a question and answer interaction with the Nigerian community in Tehran, the Islamic Republic of Iran, noted that “although some improvement in power had been recorded in the recent period,” sabotage of pipeline installations continues to be a problem.

He told his audience that Nigeria had everything it takes to generate enough power. “Power is a running battle because the saboteurs are still there. We have the potential. We have gas, we have qualified people but we are contending with a lot of saboteurs who go and blow up installations. When gas is pumped to Egbin and such other power stations, thieves and saboteurs such as the militants cut those supplies.”

He also cited another factor as the reduced role of the government in the sector due to the privatization of the institutions under the Power Holding Company of Nigeria, PHCN in the process of which, he said, the facilities “have been sold to a number of interest groups.”

He gave the assurance that the Military task-forces with representation from the Army, Navy, Air Force, the Police and the secret services will be reconstituted to secure the pipelines. “Supplies will become steady; there will be less sabotage as we secure the pipelines,” he said.

The President also updated the Nigerians in Tehran on the efforts of his administration towards ending the Boko Haram terrorism in the country, explaining that a lot had been achieved following the reorganization of the military top command, followed by increased equipment supply and training.

In response to a question on the need to improve healthcare delivery, President Buhari said that efforts had been intensified towards ridding the country of fake drugs and fake doctors, and also what he called “the disgraceful aspects” manifested by “baby factories”.

He enumerated several steps being taken towards the revival of education from primary school level to university.

On the creation of jobs, he placed the prevailing joblessness in the country at the door-step of the last administration which he blamed for giving “a devastating blow to the economy through corruption and incompetence.”

The President said that something urgent would be done about the bad condition of roads, citing the Lagos-Ibadan Expressway as one to be addressed from the coming week by the Minister of Works, Power and Housing, Babatunde Fashola, who sat next to him at the meeting.

Speaking on the issue of corruption, one of the three issues he identified as the priorities of his administration, President Buhari said that the necessity for compliance with due process of the law was responsible for the delay in the prosecution of the looters of the country’s economy but that “the day of reckoning is gradually coming”.

He also revealed that a number of past officials had begun the voluntary return of stolen funds but expressed the view that his government was not satisfied with tokens.

“We want to have everything back – all that they took by force in 16 years,” the President concluded.

The European Union (EU) has announced the availability of 150 million Euros grant to Nigeria to give the power sector the needed boost.

At an interactive session with the Nigerian Electricity Regulatory Commission (NERC) in Abuja on Thursday, the team leader of the EU delegation, Mr Peter Cameron, said the delegation was exploring possible areas of assistance to address Nigeria’s power challenge.

The Chairman of the NERC, Dr Sam Amadi, however, added that the Commission would study the details of the grant and decide on how best the offer could be accessed and optimally utilised.

Nigeria is currently generating below 4,000 megawatts capacity, grossly inadequate for a population of over 160 million. 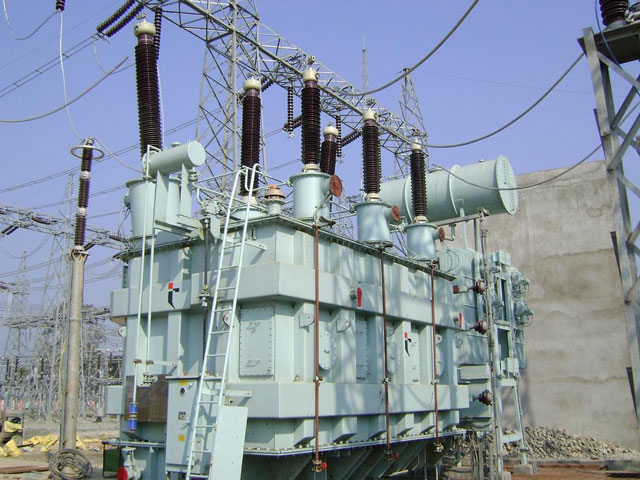 Investors from the Azura Power Group are planning to invest one billion dollars in Nigeria’s power sector.

This is in addition to the over four billion dollars investment secured by the Federal Government to boost power supply across the country.

In a meeting with the investors on Monday, the Minister of Power, Professor Chinedu Nebo, said it was a major investment that would boost generation and distribution of power.

While there are other efforts to ensure stable and adequate electricity supply, the Minister of Finance, Dr Ngozi Okonjo-Iweala, said that the deal would address the shortfall currently experienced.

The managing Director of the Azura Power Group, David Ladipo, expressed optimism that their investment would help Nigeria solve its electricity problem.

Professor Nebo had at that time told Nigerians to expect an increase in tariff, a development that Nigerians had expressed readiness to embrace, as long as they have power to show for it.

The Managing Director of the National Rural Electrification Agency, Mr Kenneth Achugbu has been suspended.

Announcing his suspension on Tuesday, the chairman of the agency’s board, Senator Jonathan Zwingina said that Mr Achugbu was suspended for lack of executive capacity to implement the Federal Government programme in the power sector.

The suspension was announced after a board meeting which lasted for three hours.

Senator Zwingina also said that Mr Abubakar Wasaram, who is the most senior director, would replace Mr Achugbu as the acting Managing Director of the agency.

“The board shall set up task forces to undertake working tour of all projects in the Federation in order to determine their level of execution,” he said.

The board also directed the new managing director to reconstitute the management committee of the agency. 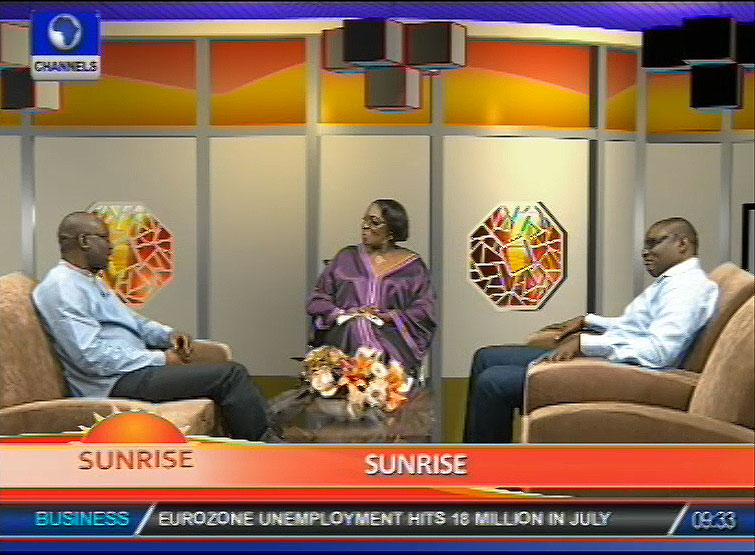 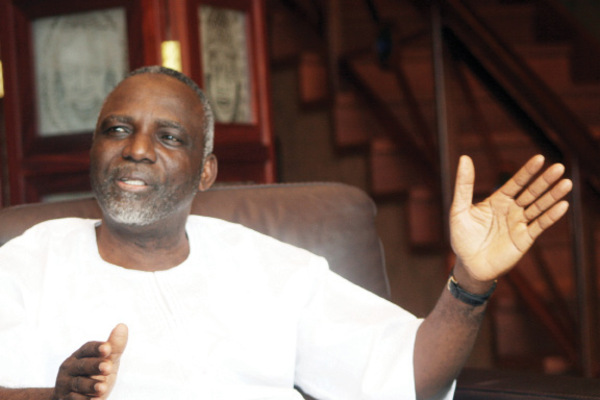 After a protracted face-off with the electricity workers union, the Minister of Power, Professor Barth Nnaji, on Monday, resigned his appointment as the nation’s power helmsman over conflict of interest in the on-going privatisation of the Power Holding Companies of Nigeria (PHCN).

Although the former Minister is yet to make any comment on his resignation, there are reports linking Prof Nnaji to two of the companies that were initially cleared to participate in the forthcoming bidding process for some of the nation’s power generation and distribution companies on September 25.

The National Council on Privatization (NCP) has since cancelled the technical bid and evaluation process conducted for the two companies at the heart of the alleged controversy; Afam Generation Company LTD and Enugu Distribution Company Limited.

It is gathered that Prof Nnaji who was also a member of the NCP, had in the past notified the council of his interest in the privatization process, while disclosing that he had resigned from the board of Geometric power, a company he founded that is bidding for the takeover of the Afam Generation Company.

The former Minister who was recently the guest on our weekend program ‘Sunrise’ made it clear that there’s no alternative to privatising the nation’s power sector. He also denied any pre-knowledge of the companies that bid for the PHCN’s take-over.

In a statement, the president thanked him for his services to the nation under the present administration and wished him well in his future endeavour.

Before his resignation, Professor Nnaji had never minced words over the issue of privatizing the PHCN and he has been at loggerheads with electricity unions over the on-going reforms in the power sector and the privitisation of the Power Holding Company of Nigeria (PHCN).

A major source of that conflict has been the issue of the severance benefits to be paid to the staff of the PHCN after the sale of the 18 companies produced by the unbundling of the company.

Since his appointment as the Minister of Power, Prof Nnaji, a graduate of Physics at St John’s University had canvassed for major reforms in the Nigeria comatose power sector.

As part of his reforms programme, the Minister has embarked on a scheme to privatise Nigeria’s power generation plants as well as the country’s transmission company.

This move have pitched Prof Nnaji against the electricity workers, who felt threatened that the private companies would sack them if they assume management of privatised companies.

The Minister on Sunrise explained the controversy over PHCN’s salary structure and superannuation.

Prof Nnaji is the director and a founder of the Automation and Robotics Laboratory at the University of Massachusetts Amherst. He was made a Professor of Mechanical and Industrial Engineering in 1992.

He is also the founder of the first indigenous owned power generating company in Nigeria and was also a former minister for Science and Technology in the country.

He ran in the 2007 Nigerian presidential election as the candidate for the Better Nigeria Party.

The Minister of Power, Barth Nnaji, on Tuesday said that the Federal Government was working hard to increase power supply in the country to about 40,000 megawatts (MW) by 2020 and about 135,000MW by 2030.


The minister disclosed this while speaking at the Ministerial Platform organised by the Ministry of Information as part of activities commemorating the National Democracy Day and the first anniversary of President Goodluck Jonathan’s administration.

“We have not delivered on electricity, because we are yet to have stable power supply,” Mr Nnaji said.

“We did not have adequate plans in place. We acknowledge that in many homes there is no power. But we are working hard to improve that. Our goal is to have Nigerians have power continuously for 24 hours. There were serious mistakes in the past.

“But, now we must begin to put the correct things in place. We made the mistake of making it look as if power supply was to be delivered by government alone. But, we have now set up a framework for all stakeholders to be involved in delivering power. Therefore, we hope to deliver additional 1,500MW of power to the grid by year end.

“I totally understand the feelings of Nigerians. Even I get frustrated. We don’t want to be telling stories. We want change. I can assure you that at the end of the year, based on promises from the petroleum ministry for adequate supply of gas, we would be able to add 1,500MW to the national grid,” the Minister said.

He said efforts at improving the power sector have not yielded the required results due to the N400 billion debt by the Power Holding Company of Nigeria (PHCN) to various creditors, as well as N24billion owed the multinational oil and gas companies for gas supplied for National Independent Power Projects.

The minister, who assured that government was committed to increasing power generation, said no cabal would defeat government’s plan of providing adequate supply of electricity to Nigerians.

He explained that with the emergency declared in gas supply chain, power generation would grow by next month and finally result in an additional 1500MW by the end of the year.