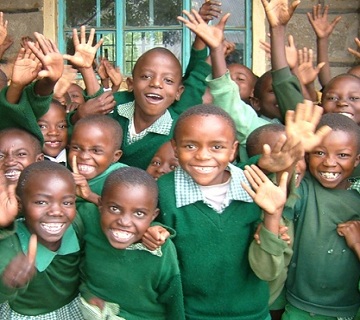 PRESS STATEMENT ON THE RESUMPTION OF ALL NURSERY, PRIMARY AND SECONDARY SCHOOLS IN LAGOS STATE.

1. Concerning the resumption of all public and private nursery, primary and secondary schools for the 2014/2015 session, Lagos State Government supports the September 22, 2014 date, which was announced by the Federal Government after a national consultation on efforts to contain the Ebola Virus Disease (EVD) in Nigeria.

2. Although this resumption date is advisory, as education is a concurrent matter to be regulated by the respective Federal and States Authorities, Lagos State Government considers it eminently justifiable, in view of the fact that there is currently no known carrier of EVD in our State at the moment. Furthermore, the last individual suspected to have been exposed to the virus will be discharged from observation on September 18, 2014, if he tests negative for the virus. All public and private educational institutions in the State are therefore directed to schedule their resumption accordingly.

3. Considering the current situation report, it is clear that the risk of infection with EVD in Lagos State has been significantly reduced. Health professionals working on the outbreak are also in agreement that there is no reason why schools should remain closed beyond the 22nd of September, 2014.

4. In spite of the foregoing, the State Government has now developed and will deploy all resources necessary to sustain the capacity to promptly take into custody any person suspected to be infected with EVD, as well as safely test, monitor and isolate such a person for treatment as may be found necessary without endangering other members of the public.

5. We also acknowledge the need for everyone to remain very vigilant, as the disease still remains in other countries within the sub-region. The following steps will therefore be taken in all schools, whether public or private, before and after resumption of schools:
(a) Training and sensitization of students, vendors, teachers and non academic staff on EVD and how to avoid it;
(b) Identification of EVD Focal Persons in schools who would be responsible for surveillance and health monitoring;
(c) Provision of adequate environmental sanitation, including clean toilets and premises;
(d) Provision of running water and soap and encouragement of frequent hand washing;
(e) Sensitisation of students on other personal hygiene habits, like the use of handkerchiefs when sneezing or coughing; and
(f) Arrangement for prompt referral of any sick person to the nearest health institution for treatment.

7. In spite of the foregoing, the State Government reiterates that the health of all its residents is a matter of utmost importance and, if any reasons emerge for a reconsideration of the school resumption date, a well-considered decision will be taken and the general public will be informed accordingly.

8. The State Government salutes the health personnel and health institutions that have done their best to ensure the containment of EVD. Government officials will meet presently with those health institutions, which might have suffered adverse economic consequences as a result, and will find ways of assisting them to mitigate their loses and safely reopen for business as soon as possible.

SPECIAL ADVISER ON INFORMATION AND STRATEGY