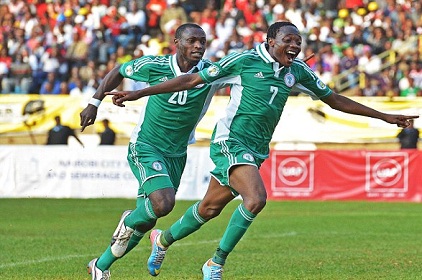 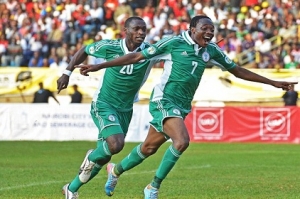 Nigeria Coach, Stephen Keshi, is confident that the performance of winger, Ahmed Musa, against France would not be affected by the Ramadan fast which began during the weekend.

There had been fears that Musa may not be at the peak of his powers when the Super Eagles take on France in Brasilia on Monday.

Keshi, however, is not bothered as he believes Musa has been a professional footballer for a long time and this was not the first time he would have to play during the Ramadan period.

“Musa is a professional; he knows what he has to do. I don’t think the fasting will affect his performance against France and am sure he will put in the same level of performance irrespective of the situation”, Keshi told reporters.

“He’s (Musa) going to observe Ramadan. It’s a normal thing to do. He’s used to it.

“He plays for his club when he’s fasting and does what’s expected of him. He’s going to do the same thing on Monday if he’s selected”,  Keshi concluded.

Ramadan is the ninth month of the Islamic calendar and Muslims worldwide observe it as a period of fasting.

While fasting from dawn until sunset, Muslims refrain from consuming food, drinking liquids, smoking, and engaging in sexual relations.

With the temperatures in Brasilia on Monday expected to reach 28 degrees and humidity of almost 72% predicted, the winger is widely expected to struggle with the conditions.

The CSKA Moscow player, who netted a brace against the La Albiceleste has commenced religious observance of the month of Ramadan. 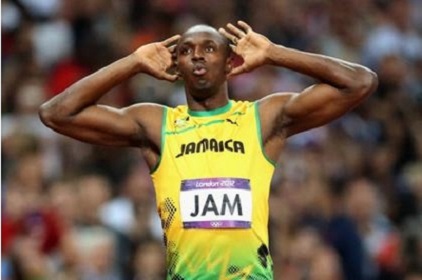 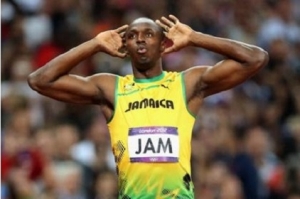 Six-time Olympic champion Usain Bolt says he is available to compete at this year’s Commonwealth Games in Glasgow.

Bolt said he was unlikely to take part in an individual event but could run in the relay.

“I am available for selection for the Commonwealth Games and have submitted the relevant documentation,” he said.

In a message on his website Bolt said he was unable to compete in the Jamaican Championships this weekend – the main qualifying event for the Commonwealth team – but he could still make the squad as part of the relay race.

The statement, titled ‘a message from Usain’, read: “I am not ready to compete at the Jamaican Championships this weekend but I have informed the JAAA that I am available for selection for the Commonwealth Games in Glasgow and have submitted the relevant documentation.

“I do not wish to take the place of anyone who qualifies this weekend in an individual event but am available for relay duty if the selectors feel I can be an asset to the Jamaican team in Glasgow.

“I have received lots of requests, invitations and messages of support from my fans in Scotland who are looking forward to a great event”.

Bolt has never raced in the Commonwealth Games, having missed the events in Melbourne in 2006 and Delhi four years ago.

However, speaking at the IAAF Centenary Gala in Barcelona last November, he declared his interest in competing in Glasgow.

“That’s the only title I don’t have, so I think it’s something I’d like to go for, even if I do just one event,” Bolt said.

That event appears likely to be the 4x100m relay.

Jamaica took silver behind England in 2010 but, led by Bolt, won the World Championships last year. 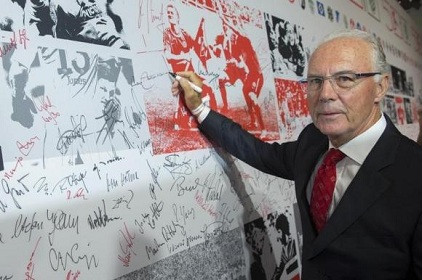 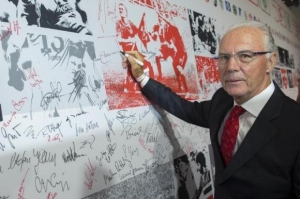 World football governing body, FIFA, has lifted a 90 day ban from all football-related activities, placed on German football legend, Franz Beckenbauer, for failing to help an investigation of alleged corruption in the 2018 and 2022 World Cup votes, the German’s manager said on Friday.

Beckenbauer, had been banned two weeks ago after refusing to cooperate with an investigation into the award of the 2022 World Cup to Qatar.

The 68-year-old is a former member of the FIFA executive committee which controversially awarded the World Cup to Qatar in 2010 and had received “repeated requests” to provide information, FIFA said in a statement at the time of the ban.

Beckenbauer has since had a change of heart and offered to provide responses to the questions which he had initially rejected because they were written in what he described as “legalese English” which is complicated legal English.

The legend who won the world cup as a player and coach in 1974 and 1990 respectively, then pledged to answer the questions put to him in German and in writing, and his manager said on June 18 that the FIFA ethics committee received his answers to “all its questions”.

Friday’s statement said Beckenbauer’s management team continued to believe the ban was not justified because he had no obligation to testify to Fifa, but said that with hindsight it would have been better for him to answer the questions earlier.

“I underestimated the matter,” Beckenbauer said in the statement, adding that the main reason was “such voluminous administrative things” are usually dealt with by his management team, but in this case he was unable to involve it fully.

FIFA Secretary General, Jerome Valcke, told reporters that Beckenbauer could now attend the tournament he graced as a player with West Germany.

Beckenbauer has, however, indicated he had no plans to come to Brazil for the tournament.

“As you know Franz is someone we all respect and was an amazing footballer and we would love him to have him here at the World Cup, even more because his national team is playing in the second round,” Valcke told reporters in Rio de Janeiro.

Beckenbauer had been asked to co-operate with a FIFA ethics investigation led by American lawyer, Michael Garcia, but FIFA said he ignored “repeated requests” to assist the inquiry.

The ban issued at the start of the World Cup in Brazil meant he could not attend any games in an official capacity, embarrassing such a high profile figure in the game.

FIFA told Beckenbauer that a repeat of his actions could lead to further sanctions.

As a player, Beckenbauer redefined the role of libero or sweeper and captained the West Germany side which won the 1974 World Cup.

He led West Germany to World Cup victory as a coach in 1990 and was head of the local organising committee when Germany hosted the showpiece in 2006.

Beckenbauer is an adviser to Fifa’s football committee and a global ambassador for Bayern Munich.