The Nigeria University Commission (NUC) on Wednesday said that the reasons why it withdrew the operational licences of six private Universities was because the schools had poor governance.

Speaking as a guest in Channels Television’s Sunrise Daily, the Director of Open and Distance Education at the Nigeria University Commission (NUC), Sulaiman Rahman-Yusuf said the commission had sent several warnings to these schools before it decided to withdraw their licences. 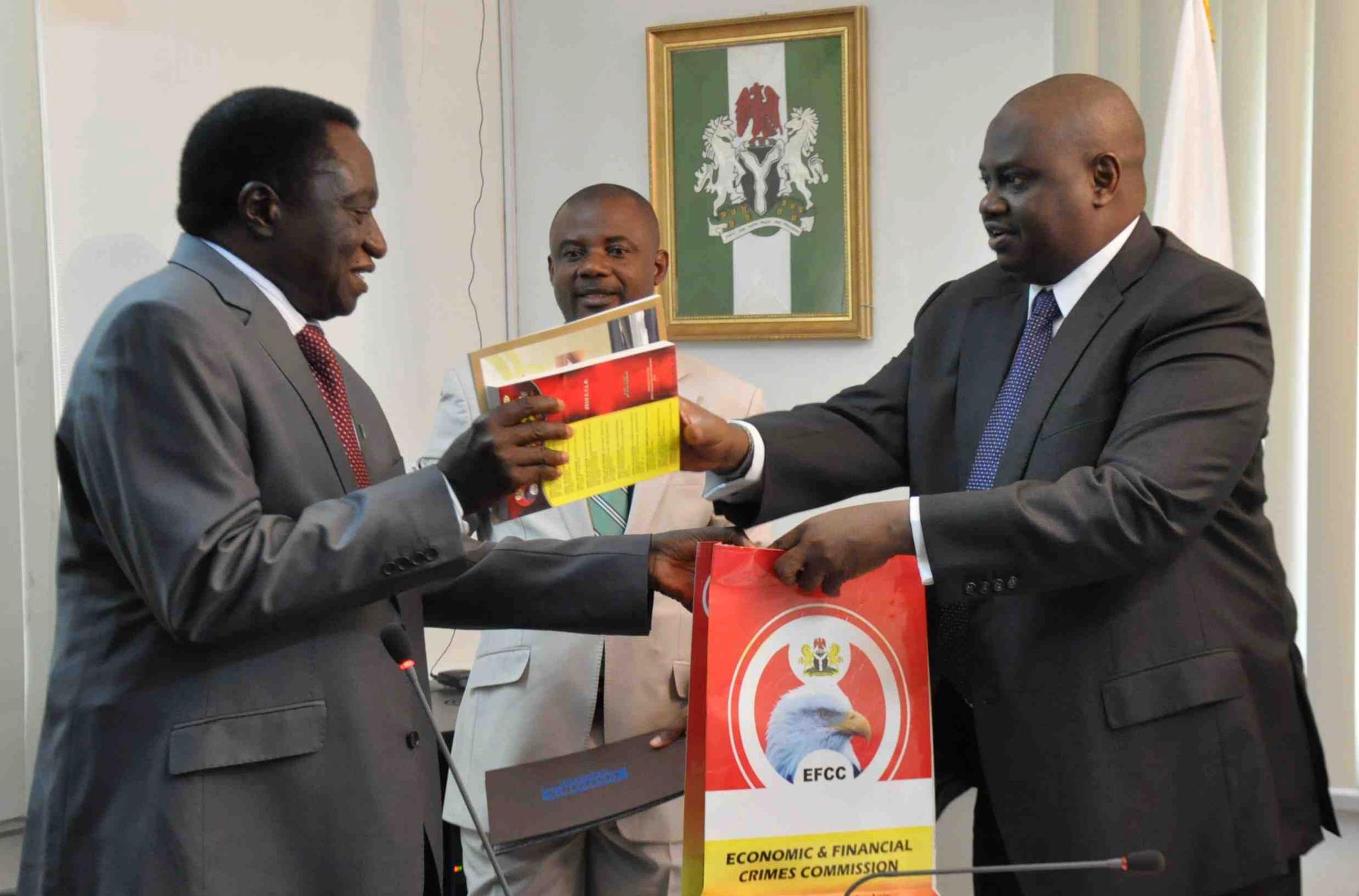 The Registrar and Chief Executive of the Joint Admissions and Matriculation Board, (JAMB), Dibu Ojerinde, on Wednesday, requested for assistance from the Economic and Financial Crimes Commission (EFCC) in fighting malpractices plaguing the conduct of public examination in Nigeria.

The Registrar made this request in Abuja during a visit to the EFCC Chairman, Ibrahim Lamorde in his office.

Mr Ojerinde said that the most challenging issue confronting JAMB was the issue of examination malpractices.

He said that though the mandate of JAMB was to conduct credible and valid examinations free of malpractices, the rising spate of sharp practices among students sitting for its examinations has become a cause for concern.

The JAMB boss disclosed that, in the last Unified Tertiary Matriculation Examination, two individuals who designed bathroom sleepers that accommodated handsets to receive answers from outside were arrested. The sleepers, he said, were designed specially to cheat during the examinations.

“There is this particular case of a woman in Ikirun, Osun State . During the examination, a search was conducted on her and the scanner gave indication that there were foreign metal object in her body. All entreaties to her to bring out what was on her failed until a woman supervisor had to take her to a closet and undress her only to discover that a handset was prepared just like a pad in her private part. It was that bad. If we had not used the scanner, we couldn’t have detected it. Even at that, I am sure there were people that still went away with it,” Mr Ojerinde said.

In justifying the collaboration and assistance he sought from EFCC, the Registrar said that, “We realized that we in JAMB don’t have this special Eagle Eye to detect some of these things. We have come to solicit for your assistance on how we can work together to exterminate this problem.”

Mr Ojerinde also spoke of plan to introduce e-testing to replace the manual examination conducted by the Board. The idea, he said, will be introduced gradually as candidates will be allowed the option of paper/pencil examinations or e-testing.

“In that way, children will write their examination electronically and at the end, the candidate will submit and the scores will appear immediately and the candidate will go home with his/her scores; but the national standardization will still take place”, he proposed.

The EFCC Chairman assured JAMB Board of EFCC’s collaboration. He said the Commission will always be available to handle any issue referred to it, promising that, “we would always intervene not only during examinations, we would also like to beam searchlight on personnel of JAMB to know how the questions get to the candidates”, he said.

Mr Lamorde also suggested that efforts should be made to de-emphasize paper qualification in Nigeria.
“Even in the western world, there are people who have done wonderfully well without having a University or a Polytechnic degree. These people have contributed meaningfully to the society,” he said. 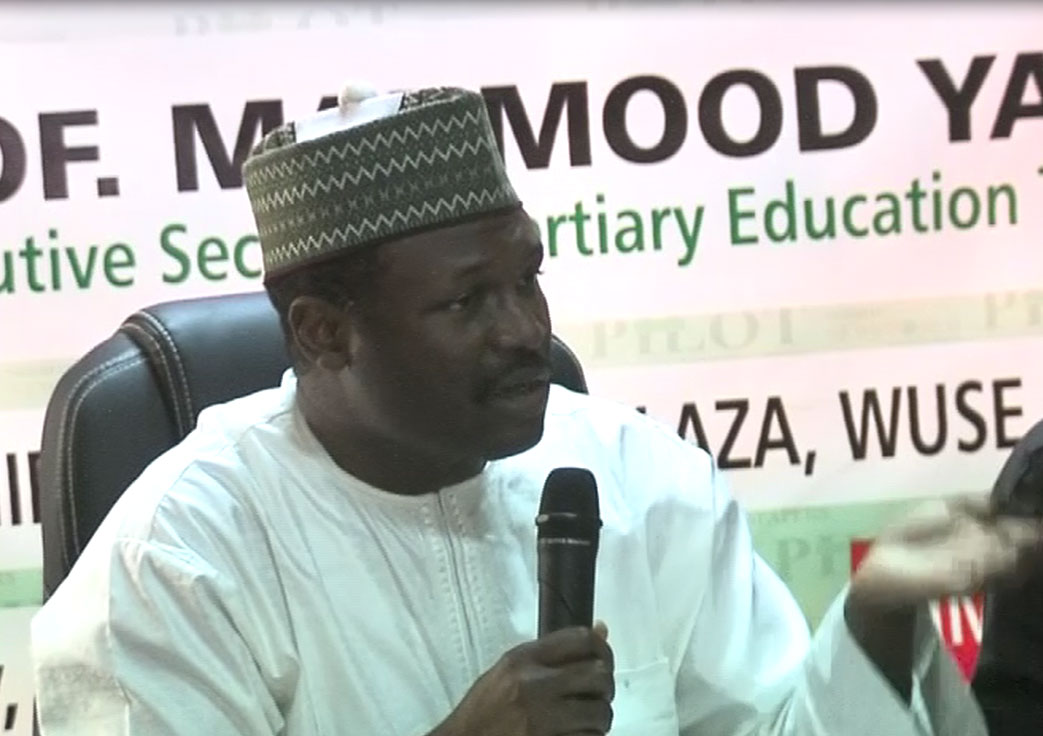 The Executive Secretary of Tertiary Education Trust Fund, Mahmood Yakubu on Wednesday said that funding is not the main cause of failure of the Nigeria’s education sector.

Mr Yakubu disclosed this while giving an update on the state of tertiary education in Nigeria in a stakeholder meeting held in Abuja.

He said the absence of prioritized strategic plan and vision for available education funds is the reason why many tertiary institutions have been on a decline despite sufficient funding.

Mr Yakubu said under Federal Government’s special high impact project since 2009, N3 billion is given to selected universities and 1 billion to polytechnics and colleges of education annually but many institutions fail to prioritize projects and invest progressively.

“The major problem is not funding,” he said.

He said that “funding is a facilitator and you can facilitate the wrong priorities. You can collect money and fence the campus and your lecture halls are empty and you have no good laboratories and the NUC will not accredit you.”

Statistics show that Nigeria does not feature in the top 500 universities around the world though recently eight Nigerian universities were listed among the top 50 in Africa standing at number 17.

Tertiary education in Nigeria has been on a downward trend over the years despite incessant call for transformation in the education sector. But giving an update on on-going projects in that sector, Mr Yakubu said misuse of available funds and resources is the major problem.

About N395 million has been awarded to universities over the last three years for developmental projects while N240 million have been expended on staff training for each tertiary institution in the same period based on equality. The Executive Secretary said these efforts only yield as much benefit as each university management would permit.

“Two years after we have given the University, polytechnics and colleges monies for staff training, many of them do not access. I had to go to Calabar to speak to the National executive council of ASUU and gave them the documents. They had to mobilise their branches, today all the universities have accessed,” Mr Yakubu said.

“Must we wait for pressure before we do what is right,” he asked.

Other projects which the tertiary education trust fund is currently tackling include setting up academic publishing houses in seven Universities across the geo-political zones to encourage undergraduate works, funding of academic research and encouraging Universities to delve into core areas of specialization.

These are few ways which the fund hopes to improve the transformation of the sector despite the many challenges. 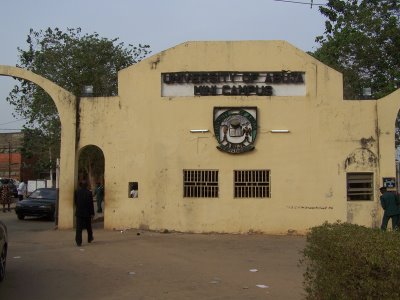 The University of Abuja has been shut indefinitely following protests by students of the school over the suspension of four non-accredited courses by the minister of education.

A statement signed by the registrar of the school Mohammed Modibbo however says the university was closed for students to go on Easter break with effect from Wednesday 4 April 2012. The statement advised students to vacate the hostels before 6pm.

Students of the University of Abuja had protested against the suspension of four courses run by the institution.

The Federal Government had on Tuesday suspended some courses in the university. These courses include Medicine, Veterinary medicine, Engineering and Agriculture.
The departments offering these courses have failed to get accredited by the National Universities Commission and many students have therefore been unable to graduate from them for years.

The protesting students have obstructed traffic on the expressway outside the permanent site and refused people access into the university. The expressway is one of the major entry routes into Abuja and also leads to the Nnamdi Azikiwe International Airport.

Traffic to and from Abuja on that axis has been halted.