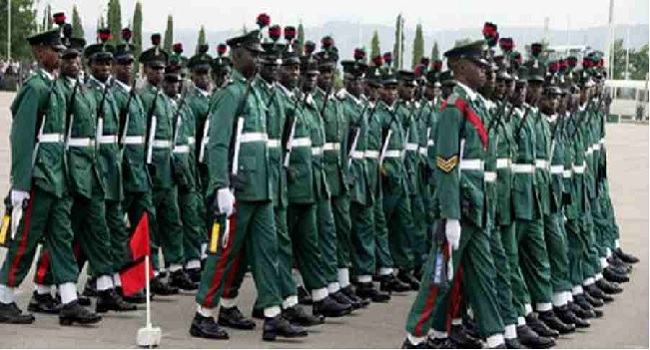 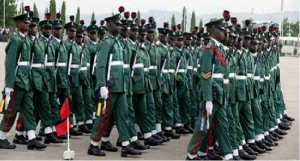 Thirty-three retired Generals of the Nigerian Army Corps of Artillery were on Friday pulled out of service in Kaduna State, North-west Nigeria.

In a valedictory speech, Major-General Jokotola, who spoke on behalf of the retired generals, expressed hope that the current security challenges in the Northeast are surmountable if only the old ideals of military training, good administration and discipline are maintained.

He commended the Army authorities for re-engaging a number of its retired officers to serve as consultants and instructors at the Nigerian Army School of Artillery (NASA), Kachia in Kaduna State, stating that such sharing of knowledge and expertise will be of immense benefit to the serving officers.

The Generals retired between 2005 and 2013, having served for the mandatory 35 years in service.

Having served their fatherland meritoriously, the officers were formally pulled out at a colourful ceremony that was attended by their friends and family members.

Despite the heavy downpour, a colourful match past and parade were held in honour of the retired Generals.

General Jokotola, in his speech, pledged that the retired officers would continue to keep the Nigerian Flag high by providing timely, accurate and effective fire support in the fight against all forms of external and internal aggression.

The General urged the serving military personnel to continue to be loyal, extra-vigilant, and however expressed the conviction that the Nigerian military would overcome the current security challenges in the country.

Other retirees also expressed their gratitude to the Army and Nigerians for the opportunity to serve the nation.

The Deputy Governor of Kaduna State, Mr Bala Bantex, who represented the state Governor, Nasir El-Rufai at the occasion, commended the effort of officers and men of the Nigerian Armed Forces in trying to restore peace to all troubled parts of the country.