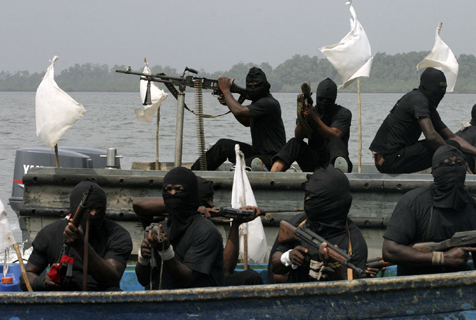 The captain, chief engineer and second engineer were abducted on Monday when gunmen boarded the Malaysia-flagged Armada Tuah 22 around 50 nautical miles (90 km) off the coast of the Brass region in Bayelsa State, three security sources said.

One of the sailors kidnapped was Indonesian, the sources said. The vessel is a tugboat contracted to supply an offshore oil platform. Nigeria’s navy spokesman gave no comment.

A fishing vessel, Orange 7, was attacked on March 2 in a similar position and one of the crew was killed, sources said.

There has been a surge in piracy attacks off the coast of Nigeria this year with gangs showing signs of moving further afield and using more violent tactics.

Oil majors Exxon Mobil and Shell said last month that security was a major factor in making Nigeria one of the most expensive oil-producing countries to operate in.

Oil and shipping companies have to hire crisis management teams, pay higher insurance premiums and face the prospect of ransom payments, as well as brace themselves for damage to their reputations.

The prime suspects for most attacks are Nigerian oil gangs, who already carry out industrial-scale theft of crude oil, known as ‘bunkering’, in the restive onshore Niger Delta swamplands.