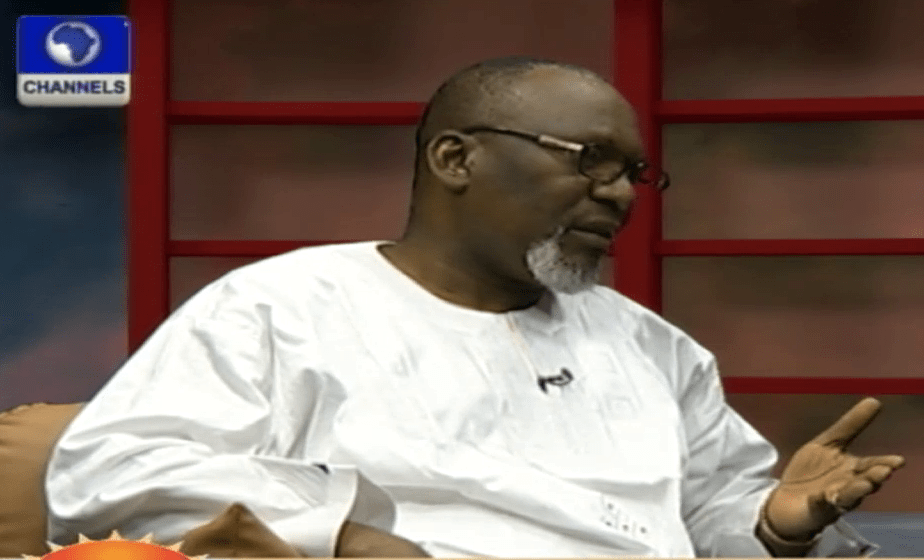 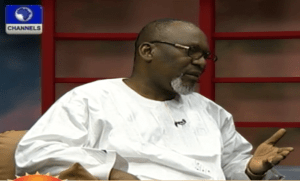 Professor of Commercial and industrial law at the University of Lagos, Prof. Joseph Abugu, on Saturday expressed confidence in the outcome of the on-going National Conference despite the myriad of challenges it is faced with, especially the issue of composition.

Appearing on a segment of Channels Television’s Saturday breakfast programme, Sunrise, Abugu said “the National Conference as presently constituted is faulty in a number of respects but that is not to say nothing good can come out of it.

“Indeed, however poor Nazareth was, the messiah came from Nazareth,” he said, maintaining that something good can still come out of the National Conference however faulty the composition may be.

On the 70 percent voting majority rule which was agreed upon by delegates at the Conference, following a major disagreement which threatened the success of the meeting, Abugu stressed that the voice of the minorities of the Niger Delta, South-South and Middle-belt would be drowned by the 3 main ethnic nationalities, Igbo, Yoruba, Hausa.

He noted that “a lot of the discontent in present day Nigeria is with respect to the interest of minorities” hence the inability of the Conference to help the minorities have their say would still not solve the nation’s problems.

On his part, the President, Association of University French Lecturers in Nigeria, Prof. Tunde Fatunde highlighted the importance and significance of the National Conference which is being held during the centenary celebration of the amalgamation treaty.

“It is very significant in the sense that no nation is natural; all nations are products of wars” hence the Conference is in line with what has happened in other nations of the world, as a means of seeking the way forward.

He agreed that “the minority question is extremely very important in the history of Nigeria” as the leaders of the minorities prevented the disintegration of the nation in 1966, in the first and second coups.

“The bulk of the fighting ranks of the Nigerian Military are mostly from the Middle Belt” while “the Niger Delta is the bread winner of Nigeria, in terms of crude oil”. Fatunde credited these factors as two major things that keep the nation going.

He however stressed that there are other fundamental issues to be addressed including fiscal federalism and the role of education in Nigeria’s 21st century, stressing that the nation’s resources must be used in building human capacity via education and training.

Fatunde opined that if these two issues were properly addressed, the issue of minorities would have been solved as the development of the nation as a whole would take the front-burner.

Contributing to the conversation, a social commentator, Sam Emefiele, said the only way to make progress in the Conference and as a nation is through sincerity of purpose. He noted that corruption, which the nation decries, is a product of dishonesty.

He argued that ethnic, religious, political and all forms of sentiments have been exhibited at the Conference, maintaining that the delegates are there to serve selfish interests.

He berated those who complained that the composition of the Conference was skewed in favour of Christians, noting that religion has been one of the major problems of the country.

However, he said he was “cautiously optimistic” about the outcome of the Conference. 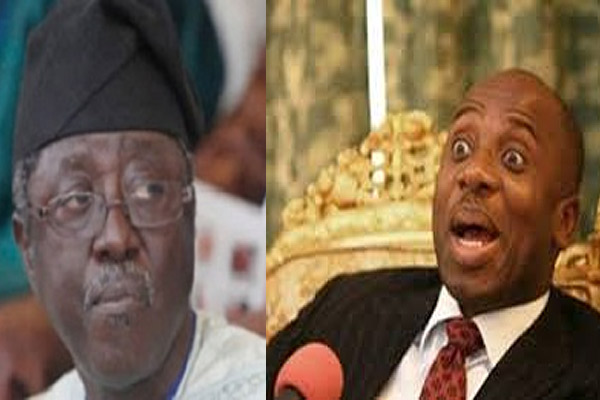 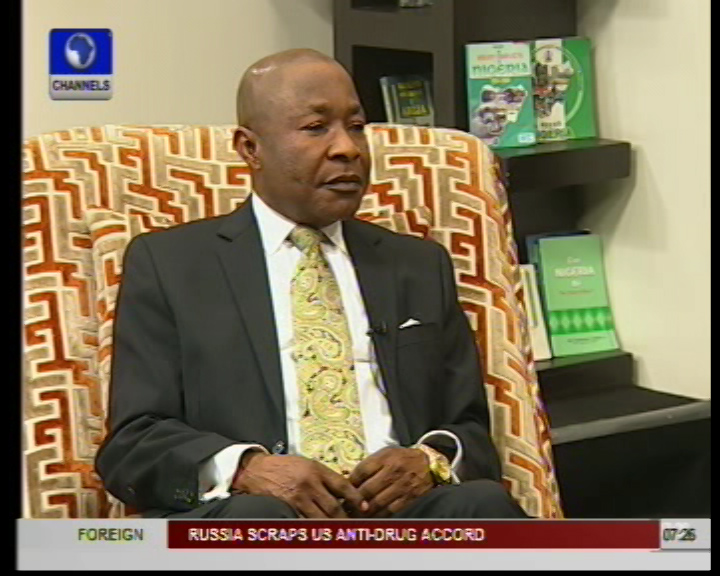 Following the recent trial and sloppy conviction of a former director at the Police Pension office, a legal practitioner, Chris Akiri has condemned corruption in Nigeria insisting that the scourge is rife in the country.

Mr Akiri, who was a guest on Channels Television’s breakfast programme, Sunrise Daily, said the sentence handed to Yakubu Yusuf, who pleaded guilty of embezzling pension monies worth over N23 billion was  a slap on the faces of Nigerians.

He said Mr Yusuf was arraigned before the Abuja High Court under the provisions of section 309 of the penal code of the FCT Abuja 2007 which stated that “whoever commits criminal misappropriation shall be punished with imprisonment for a term which may extend to two years or with fine or with both.’’

Mr Akiri advised that the National Assembly amend both the penal and the criminal codes in order to provide stiff penalties that would discourage corruption among public officials.

See the complete interview with Mr Akiri in the video below: 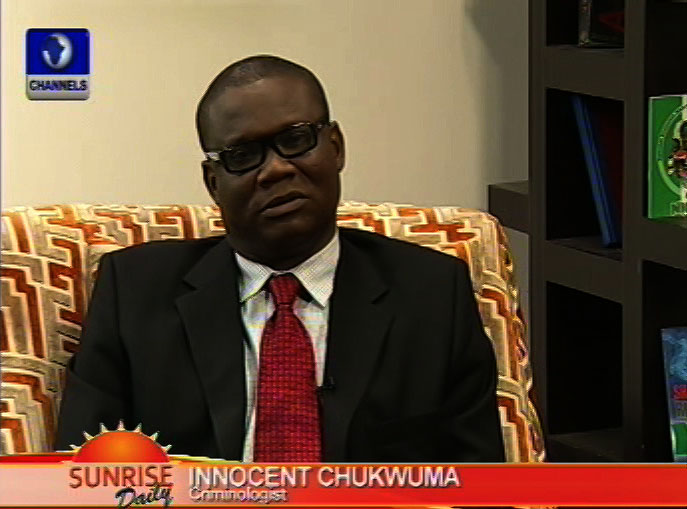 A criminologist and member of the Cleen Foundation, Innocent Chukwuma on Tuesday said the Federal government is not serious in equipping the police with the required arsenal to combat crimes and terrorism in Nigeria.

Mr Chukwuma, who was a guest on Channels Television’s breakfast programme, Sunrise Daily, wondered why it is taking the Federal government so much time to produce a white paper on the report of the Presidential Committee on the Reorganisation of the Nigeria Police which was submitted on Tuesday August 14, 2012.

He said: “While the committee is sitting to draw up the white paper, we saw last week Wednesday and Thursday, the Minister of Police Affairs brought in Accenture Management group to come up with some fancy slides about road map in reforming the police.

“We are asking on what basis is this map since the white paper has not come out. Could it be that because the Ministry was recommended for scrapping in the Perry Osayende report that he wanted to come up with a parallel thing?”

The criminologist said this move by the Ministry of Police Affairs gives a hint that there is no coordination and seriousness by the government in fighting crime and terrorism in Nigeria. 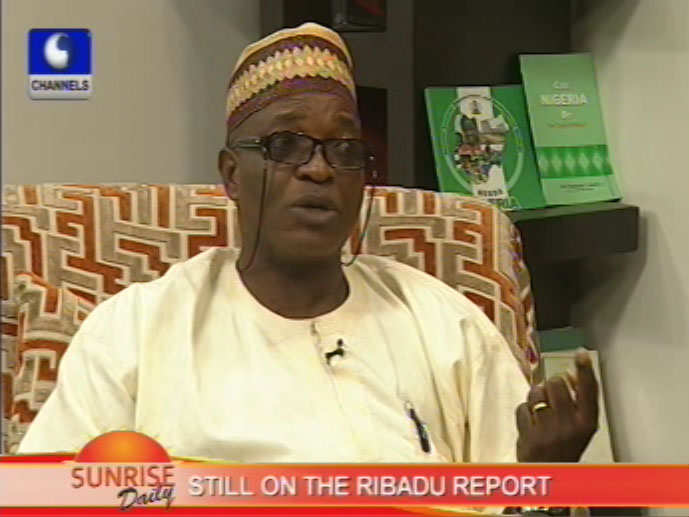 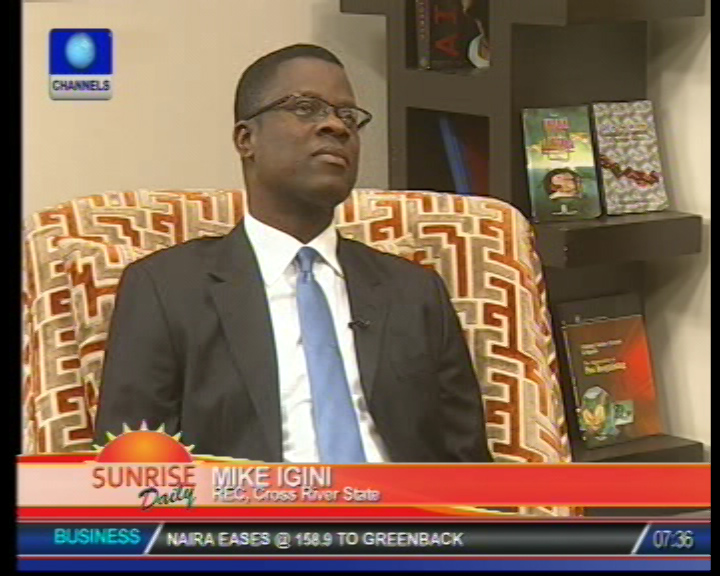 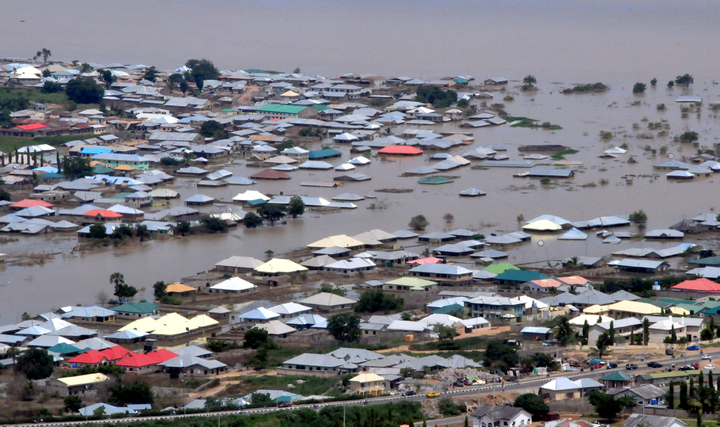 An Environmentalist, Idowu Salawu on Thursday said the states that received monies from the Federal Government to ameliorate their flooding problems should spend part of that fund in conducting post impact assessment studies.

Speaking as a guest on Channels Television’s programme, Sunrise Daily, Mr Salawu cautioned the State governors that the monies should not be spent on frivolous jamborees but must be targeted at helping those displaced by the floods.

“The money is not for jamboree,” he said.

“If I am one of the lawmaker or policy maker saddled with the responsibility of managing this fund, I will take 10 percent of that money to carry out post impact assessment study of the flood impacted areas,” he added.

A legal practitioner, Wahab Shittu on Thursday said all parliaments have the right to impeach elected officials but that any impeachment done outside the constitution is illegal.

Speaking as a guest on Channels Television’s programme, Sunrise Daily, Mr Shittu said impeachment is both a political and a legal decision.
The lawyer was answering questions on the controversial impeachment of the Speaker and principal officers of the Kogi State house of assembly on Tuesday.

“In other words, for any impeachment to be valid, it must follow the prescription of constitutionality, must follow the rule of law, must follow due process, and above all must be in line with fair hearing provisions as prescribed under section 36.” 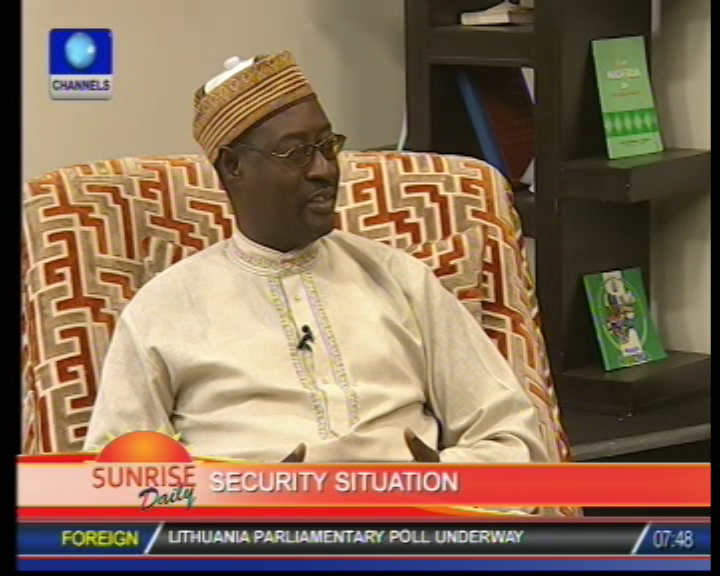 A policy analyst, Galtima Liman on Monday said vacuums in political as well as spiritual leadership is greatly responsible for the growing unrest in Borno state, North East Nigeria.

Speaking as a guest on Channels Television’s programme, Sunrise Daily, Mr Liman said the security challenges in Borno state have been building up in the past 30 years.

“Following the local government reforms that have taken away a lot of power of the traditional, spiritual and political leaders, you don’t really have a rallying point for the elders. There’s a big vacuum there, so who is now speaking on behalf of the elders in Borno State? It’s quite a very big challenge,” he said.

Mr Liman spoke on the roles of the All Nigeria Progressive Party, the former Borno State governor, Ali Modu Sheriff and former Head of State, Muhammadu Buhari in the growing security challenges in Borno state and other parts on Northern Nigeria.

Watch the video below for the full interview. 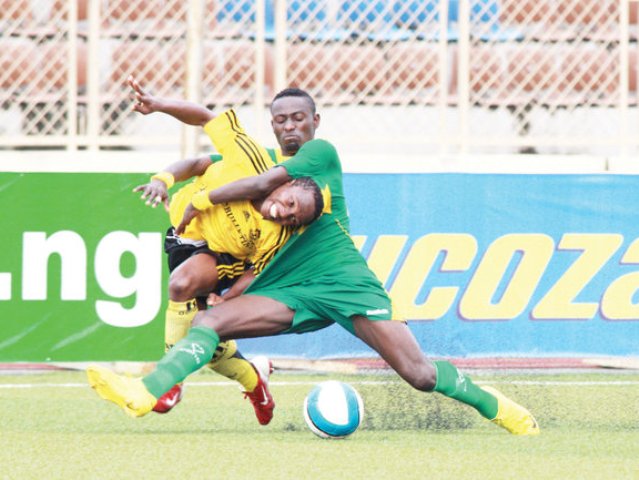 A sport journalist, Kayode Tijani on Monday said that the Nigerian league would need to grow before the national teams will begin to make significant progress.

Mr Tijani, who speaking as a guest on Channels Television’s programme, Sunrise Daily against the backdrop of Super Eagle’s trashing of the lone stars of Liberia 6-1 on Saturday, said presently the Nigerian league is nothing to write about.

“Without the leagues in Nigeria growing, we are just wasting our time,” he said.