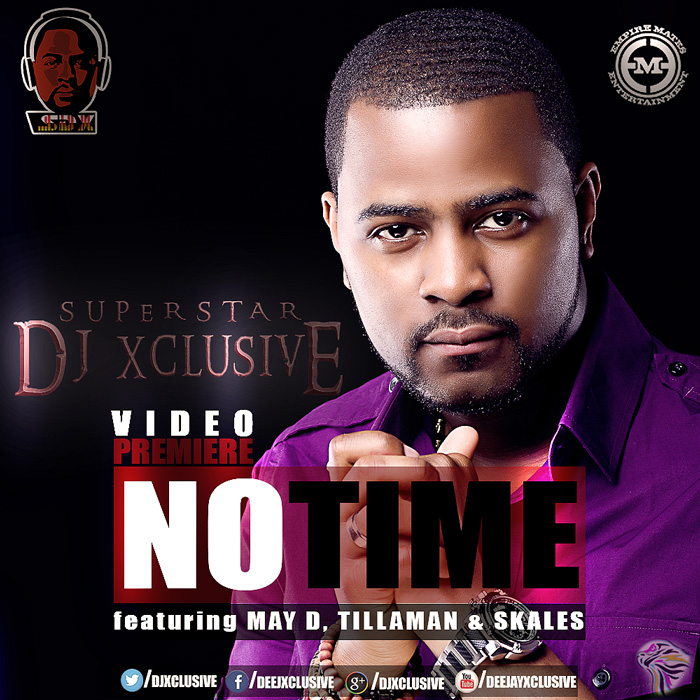 DJ Xclusive has released the video for his popular single, ‘No Time,’ featuring Skales, May D and Tillaman.

The video features guest appearances from a few celebrities including May D, Banky W, Skales, Shaydee, Niyola, Tillaman, Uti Nwachukwu, and a host of others.

The video comes right after Xclusive’s hosting of Big Brother Africa: The Chase live eviction show last weekend where he thrilled crowds in South Africa as well as the entire African continent with his famed repertoire. He took his place in the DJ’s booth at the Channel O Party for the Chase Mates last.