Microsoft and HTC yesterday unveiled the first two “signature Windows Phones”, the Windows Phone 8X and 8S. Both devices will be available from November, though more than 150 mobile operators worldwide, although pricing details have yet to be revealed.

The X and the S nomenclature mirror HTC’s existing one product line. The 8X is the higher device of the two, with a dual-core 1.5GHz Qualcomm Snapdragon S4 processor, 4.3-inch display and 8-megapixel camera (with the now obligatory burst mode). There’s also an 88-degree wide angle 2.1MP front-facing camera, 1GB of RAM, 16GB of memory and NFC capability.

The 8S is physically smaller and less capable, with a dual-core 1GHz S4 chip, 5MP camera and a non-HD 4-inch display. Both models come in a variety of bold colours, rather akin to Nokia’s Lumia series. Peter Chou, CEO of HTC, stretched credulity somewhat when he said:

“Windows Phone has clearly emerged as one of the top mobile ecosystems and is competitive against any other smartphone platform in the world.

We’ve been inspired by Windows Phone 8 to create new smartphones that give the platform the iconic design and personality it deserves.”

That’s salesmanship for you. Microsoft is going to need more support from HTC and others to bolster the early efforts of Nokia in getting more devices out into the market – and devices that truly stand out from the very capable Android and iPhone alternatives. And as Motorola showed earlier this week with its new Intel-powered RAZR i phone, the battle now is for those feature phone owners who have yet to be persuaded (either through price or complexity) to switch to smartphones.

The new HTC models certainly appear to span the market from low to high-end Steve Ballmer, CEO of Microsoft, added:

“Pairing these beautiful new HTC phones with our Windows Phone brand is a big milestone for both of our companies and our partnership. Together we are offering customers a simple choice and a truly unique experience.”

Chris Weber, Nokia’s Head of Marketing, made a blatant attempt to deflect attention away from HTC and towards Nokia (well, he certainly got some column inches here, so his tactic worked). “It takes more than matching colour to match the innovation of the Lumia 920”, he tweeted, as well as later alluding to the fact that HTC has chosen to merely “tactically re-brand their products”. You would have thought Nokia would have been grateful for more market support for Windows Phone, but his aggressive negativity simply highlights the rotten culture at the once great Nokia.

We shall leave him to his little tweets and instead welcome the expansion of the Windows Phone line-up. Let’s not forget HTC was the OEM behind some of Microsoft’s earlier forays into mobile – the iPAQ and Orange SPV. 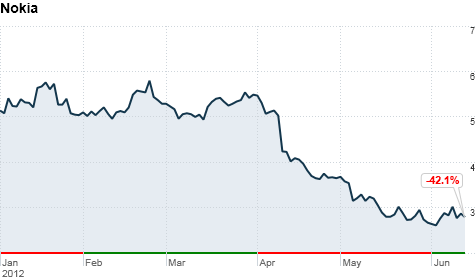 Nokia said Thursday it will cut up to 10,000 jobs worldwide by the end of next year, part of an accelerated cost reduction program at the Finnish cellphone maker.

The company also warned that increased competition in the smartphone sector would hit its financial results in the second and third quarters, causing its operating loss margin to be bigger than previously forecast.

These planned reductions are a difficult consequence of the intended actions we believe we must take to ensure Nokia’s long-term competitive strength,” said Nokia CEO Stephen Elop, in a statement.

As part of its cost reduction efforts, Nokia plans to close research and development facilities in Germany and Canada.

Nokia said it plans to focus more on the development of its Lumia phone. The Lumia, which uses a Microsoftoperating system, is Nokia’s attempt to take on Google and Apple  in the cellphone market.

Nokia is not the only cell phone company struggling with the new competition. Blackberry maker Research in Motion, RIMM, has hired Wall Street firms to consider itsstrategic options, which generally means it is considering a sale of the company, and it is plans deep cost cuts that could eliminate jobs. 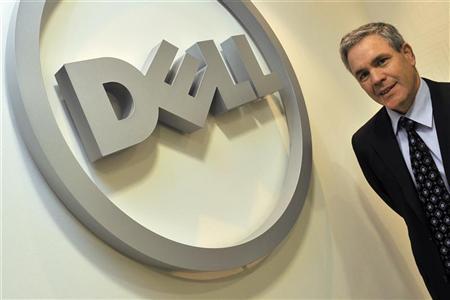 A growing dissatisfaction among office workers with the clunky computers their employers force them to use, in contrast to the sleek Apple devices many have at home, could yet benefit incumbent suppliers like Dell, a top Dell executive said.

Dell ditched its previous attempt at cracking the global tablet market, the Streak, last year. It was based on Google’s Android operating system software.

Now Dell is planning a fresh assault with the advent of Microsoft’s new Windows 8 operating platform, which is expected later this year and will have a touch interface that works across desktop computers, tablets and smartphones.

“We’re very encouraged by the touch capability we are seeing in the beta versions of Windows 8,” Felice told Reuters in an interview in London, adding that Dell may also make Android tablets again.

“We have a roadmap for tablets that we haven’t announced yet. You’ll see some announcements.. for the back half of the year,” he said. “We don’t think that this market is closed off in any way.”

Felice said that Dell’s relationships with its thousands of business customers gave it an advantage over Apple, whose gadgets can cause headaches for IT departments because they operate on different systems.

As iPads and iPhones have become popular from the boardroom down, corporate technology chiefs have been increasingly forced to accept the fact that employees will use their own devices.

“On the commercial side there are a lot of concerns about security, interoperability, systems and device management, and I think Dell is in the best position to meet those,” Felice said.

He added that iPads also left much to be desired in terms of processing power and ease of typing. “When people put their computer to the side and take their iPad with them to travel, you see a lot of compromises being made.”

Dell has also just launched a so-called ultrabook, a high-end notebook that is light and thin but still at least as powerful as a regular laptop. The XPS 13 costs about $995.

“The demand has been excellent since we launched this product just a week ago,” Felice said. “It is a fantastic product and shows our commitment to the PC space. We like the PC space. We are extremely committed to it.”

Dell, the world’s third-biggest computer maker after HP and Lenovo, has also been expanding its services offering to reduce its dependence on sales of computers, where margins are being squeezed and growth is slowing.

Taking Mac and iPad sales together, Apple sold more computers last year than any of the top PC makers.

Asked whether he envied Apple’s ability to produce such coveted objects, Felice said: “We come at the market in a different way … We are predominantly a company that has a great eye on the commercial customer who also wants to be a consumer.”

“In the areas where we come at the market, we think we are a coveted brand.”

Nokia said on Monday it has decided to close down Nokia Money, a financial service targeted for emerging markets, as it focuses on the phone business and location-based services.

Nokia opened the financial service across India only late last year and was planning to expend to several other emerging markets.

Financial services are seen as one of the major business opportunities in the wireless sector, but so far have become a big business only in Kenya and the Philippines, as tight regulations and the lack of a business model have restricted takeup elsewhere.

Nokia is in the midst of revamping its operations under Chief Executive Stephen Elop, who was hired in September 2010 to turn around the company. 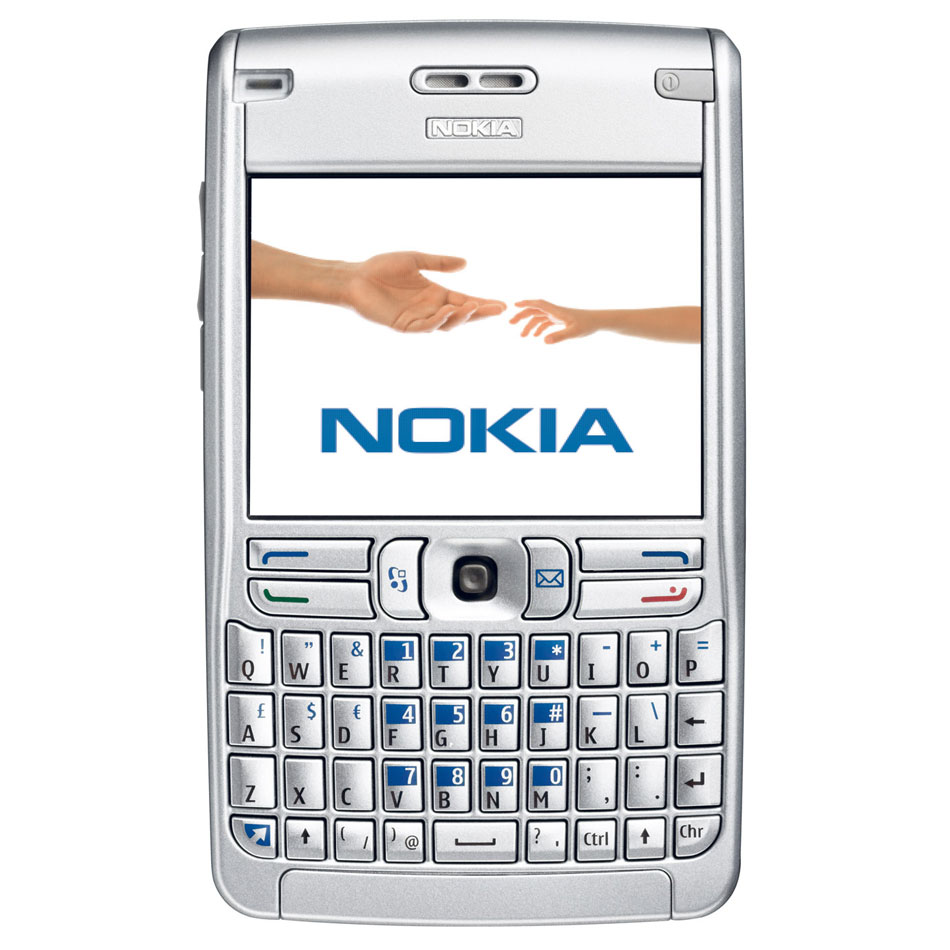 Nokia last year dumped its own smartphone software in favor of Windows Phone to step up its fight against rivals such as Apple’s iPhone, but the high prices of its phones have been a major weak point.

Nokia said its new Lumia 610 model would carry a price tag of 189 euros (N40,000), excluding subsidies and taxes, when it goes on sale next quarter. That compares with around N96000 for the iPhone and other high-end smartphones.

“The 610 takes Nokia’s Lumia portfolio to an encouraging new price point in its pursuit of cheaper Android rivals,” said Ben Wood, head of research at CCS Insight.
Investors, however, were not convinced that the new model and pricing would do the trick, and Nokia shares were down 7.0 percent to 4.02 euros by 1237 GMT.
“I had hoped for a slightly lower price range. Maybe the markets were a bit disappointed with the price, which was quite high,” Inderes analyst Mikael Rautanen said, adding the shares had spiked on Friday in anticipation of the event.
LACKING UNIQUENESS
Nokia also announced a global version of its high-end Lumia 900 phone and unveiled a new top-of-the range cameraphone 808, which comes with a 41 megapixel camera sensor, as well as three more basic models.
The move comes over a year after Chief Executive Stephen Elop compared Nokia to a “man standing on a burning oil platform” and teamed up with Microsoft to take on Apple and Google’s Android phones.
Wall Street and industry analysts say that although the latest Windows phones could be worthy competitors to Apple’s iPhone and top-of-the-range Android handsets, the devices lack unique qualities to make their sales take off.
Microsoft’s share of the smartphone market fell to just 2 percent last quarter, from 3 percent a year ago and 13 percent four years earlier, according to Strategy Analytics.
In addition to its struggle in high-end smartphones, Nokia also faces threat from Asian manufacturers.
Analysts say both Huawei and ZTE are set to grab more market share globally in 2012, as they shift their focus from basic phones to smartphones.
Huawei and ZTE are now selling smartphones running on Google’s Android operating system, attracted to the higher margins the market provides.
Both companies made new handset announcements at the same trade show, the Mobile World Congress in Barcelona.