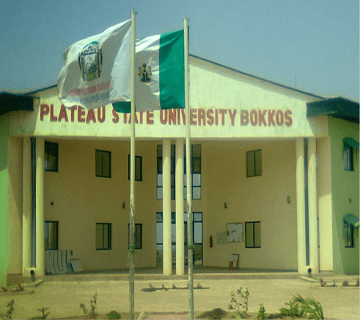 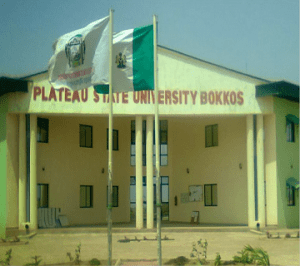 Students of Plateau State University have staged a protest to express their concern over non-accreditation of courses at the University since its inception about eight years ago.

The protesting students who carried placards round the university prevented their colleagues in 100 to 300 levels from sitting for their examinations as part of their protest. They also prevented the acting Vice Chancellor from entering the school.

The administration of former governor of Plateau state, Joshua Dariye had established the state university about nine years ago with the mind of providing quality education as well as complimenting the University of Jos in admission of students from its catchment areas.

High hopes heralded the birth of the ivory tower which took off from its permanent site and offered courses in arts, environmental sciences, management sciences, natural and applied sciences as well as social sciences.

However, eight years after its establishment, non of the courses are yet to be accredited by relevant authority.

Professor John Wade was appointed the pioneer Vice Chancellor in 2005 and the school further produced three other Vice Chancellors within nine years. However, none of the students who have passed through the institution have graduated.

A situation that has been berated the academic staff forum led by its chairman, Gilbert Yalmi.

In a bid to placate the students, acting Vice Chancellor, Professor Stephen Malo assured them that the process of accreditation is being vigorously pursued by the institution.

It is still unclear what the fate of the 400 level students of the Plateau State University that will be writing their final examination will be when their courses are yet to be accredited by the relevant authority.