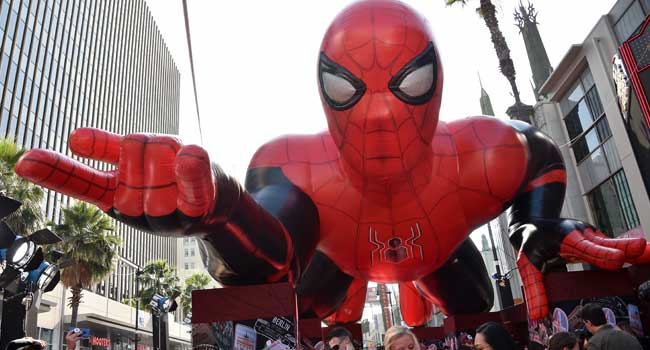 “Spider-Man: No Way Home,” British star Tom Holland’s third solo outing in the wildly popular role, has grossed $467.3 million in North America and $587 million internationally, raking in more than $1 billion over 12 days and proving analysts’ predictions that it could reach the milestone sum.

It rocketed to that benchmark at a speed only matched by 2015’s “Star Wars: The Force Awakens,” according to industry outlet Variety, and comes even as the rapid spread of the Omicron Covid-19 variant casts a pall over holiday outings worldwide.

Sony’s latest installment to the comic-inspired series took an estimated $81.5 million in North America for the three-day period over the Christmas weekend, holding its top spot after scoring the third-biggest domestic opening of all time with more than $260 million, smashing early estimates.

It beat out two other new series installments: “The Matrix Resurrections” from Warner Bros, which sees Keanu Reeves reprise his iconic role as Neo, underperformed at $12 million.

In fourth place, also earning less than expected, was 20th Century’s spy prequel to the “Kingsman” films, “The King’s Man,” with $6.4 million.

Lionsgate’s “American Underdog” — based on the true story of Kurt Warner, who went from stocking shelves at a grocery store to National Football League MVP — slid in at number five on its opening weekend with an estimated $6.2 million. 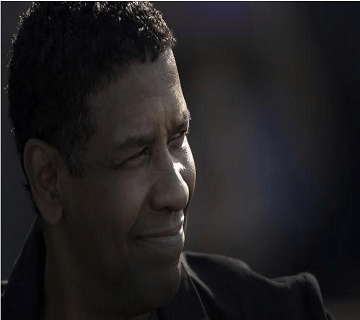 “The Equalizer,” a thriller starring Denzel Washington as a man who helps rescue a teen girl under the control of Russian gangsters, debuted in the top spot on U.S. and Canadian movie charts over the weekend with $35 million in ticket sales.

The performance of “The Equalizer” was on par with predictions for a start around $35 million, the forecast by Boxoffice.com. Two-time Oscar winner, Washington plays McCall, a trained killer who comes to the defense of the helpless, in this case, a young Russian prostitute (Chloë Grace Moretz) in the grips of a human trafficking ring.

The movie based on a 1980s television series was produced by Sony Pictures and cost $55 million to make.

“Denzel worked hard to get the word out about this film,” said President of worldwide distribution at Sony, Rory Bruer.

“Maze Runner” stars MTV “Teen Wolf” heartthrob, Dylan O’Brien, as one of a group of boys living in an isolated paradise where they are trapped by a giant, moving concrete maze. The film has now collected $45 million around the globe, according to distributor, 20th Century Fox.

“Boxtrolls” was made by hand using stop-motion technology, where each scene is set up with puppets placed on miniature sets. The 3D film features the voices of Ben Kingsley and Elle Fanning. It is based on a book by British author Alan Snow and inspired by British comedy troupe Monty Python.

In the movie, the odd-looking Boxtrolls live underground where they raise an orphaned human boy, who later tries to find his own identity.

The movie was produced by Laika, the independent studio behind 2009’s “Coraline” and 2012’s “ParaNorman,” and distributed by Comcast Corp’s Universal Pictures.

The comedy “This is Where I Leave You” took in $7 million at North American (U.S. and Canadian) theaters, landing in fourth place. Family flick “Dolphin Tale 2” settled in the No. 5 slot with $4.8 million.

Time Warner Inc’s Warner Bros. studio distributed “This is Where I Leave You” and “Dolphin Tale 2.”