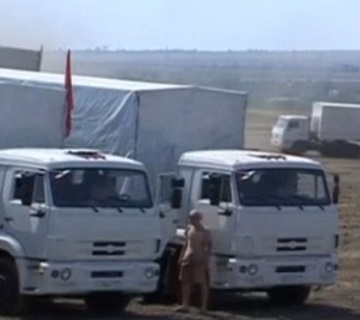 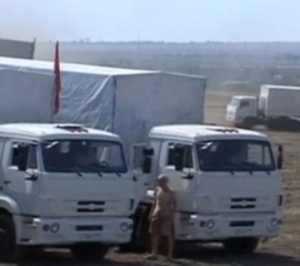 Ukraine said its artillery partly destroyed a Russian armoured column that entered its territory overnight, raising alarm that its forces came under shellfire from Russia on Friday in what appeared to be a major military escalation between ex-Soviet states.

The Russian government denied its troops had entered Ukraine, but the media reports may further inflame tensions between Moscow and the West, which have already imposed costly economic restrictions on each other.

NATO said there had been a Russian incursion into Ukraine, while avoiding the term invasion and the European capitals accused the Kremlin of escalating fighting.

“If confirmed, they are further evidence that Russia is doing the very opposite of what it’s saying. Russia has been escalating the conflict, even as it calls for de-escalation,” NATO spokeswoman Oana Lungescu said.

At a meeting of European Union foreign ministers in Brussels, British Foreign Secretary Philip Hammond said he was alarmed that Russian forces might have crossed the border.

“If there are any Russian military personnel or vehicles in eastern Ukraine, they need to be withdrawn immediately or the consequences could be very serious,” he told reporters, just as Lithuania’s foreign minister also voiced concern.

Ukrainian officials said that some armoured vehicles did cross from Russian into Ukraine overnight, and that they were investigating.

“These movements into Ukrainian territory take place practically every day with the aim of provoking (the Ukrainian side),” a Ukrainian military spokesman, Oleksiy Dmytrashkivsky, said.

Despite the allegations of a fresh Russian military incursion, the momentum on the battlefield in eastern Ukraine is with the government forces.

They are winning territory from the separatists almost daily, and in the main rebel strongholds of Donetsk and Luhansk are pounding the rebels with artillery strikes. Civilians have also been wounded and killed.

Meanwhile, the rebels  appear to be in a disorderly retreat with three senior separatists removed from their post in the past seven days. One of them was Igor Strelkov, a Moscow native so feted among pro-Russian circles that T-shirts and mugs have been printed in Russia with his image.