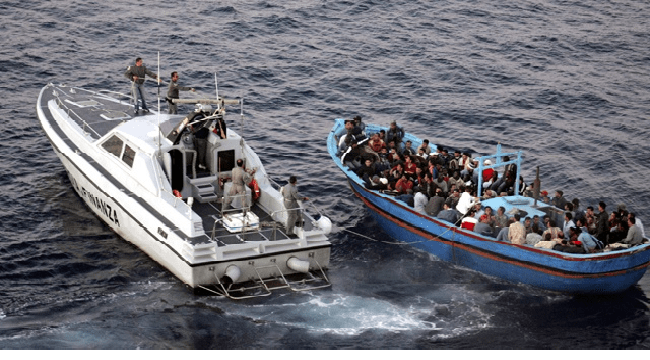 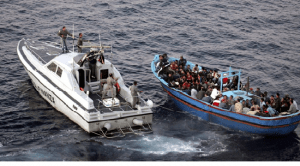 The Italian coastguard says hundreds of people are feared to have drowned after a boat carrying up to 700 migrants capsized in the Mediterranean Sea.

But after a couple of days at sea, in the dark of night on Saturday, the ship was in distress in the Mediterranean and sent out an SOS.

As rescuers approached, the migrants, perhaps 700 people on board, moved to one side of their boat, hoping to be saved. Their movement caused the large, multilevel boat to capsize, sending the desperate crowd plunging into the frigid water, their chance of survival slim.

While the shipwreck was an accident, human traffickers facilitate risky trips like this, risking people’s lives by putting them on rickety ships in unpredictable waters.

So far, 28 people have been rescued and 24 bodies retrieved.

The UN refugee agency, the UNHCR, said the latest sinking could amount to the largest loss of life during a migrant crossing to Europe.

Italian naval and coastguard ships, the Maltese Navy and cargo vessels, along with three helicopters, are all involved in the rescue operation, 130 miles (210km) off the coast of Lampedusa and 17 miles (27km) from the Libyan coast.

Some were rescued on Sunday, said Flavio Di Giacomo, spokesman for the International Organization for Migration.

Mr Giacomo told CNN that 49 survivors were recovered and being taken to Sicily.

But the Italian Coast Guard, which is leading the rescue operation, reported that 28 survivors and 24 bodies have been recovered so far in the area about 110 kilometers (70 miles) north of Libya.

At least 900 other migrants have died crossing the Mediterranean this year.