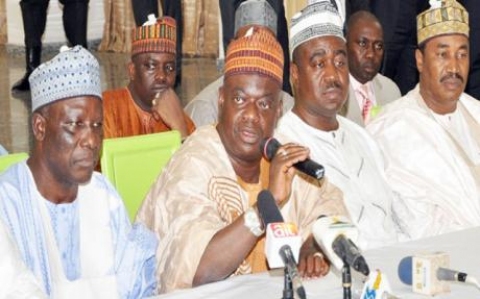 The Northern States Governors Forum (NSGF) has appealed to terrorist groups in the country to give peace a chance, saying reverting to attacks and other acts of violence after weeks of reprieve will not advance the course of peace.

The Chairman of the forum and Governor of Niger State, Babangida Muazu Aliyu in a statement noted that the senseless killing of innocent citizens in the last two weeks in various parts of the country has negated all efforts by the forum to restore peace to the country.

The forum while expressing serious concern at the renewed attacks on citizens, following the killing of 34 people in Yobe state noted that the overall implication of the rising wave of murders of Nigerians is that the security situation is worsening and that people are increasingly willing to resort to violence to settle their differences.

“We are worried that the security nightmare currently confronting the nation is capable of scaring off investors from Nigeria and putting the country on the travel advisory list of many countries around the world, thus dimming the country’s economic prospects,”

The forum however commended security agencies for the success recorded so far in the fight against terrorism in some parts of the north but urged them not to relent, saying the little success recorded should motivate them to do more.