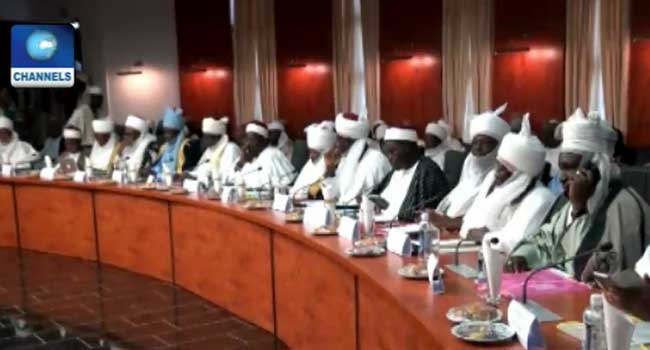 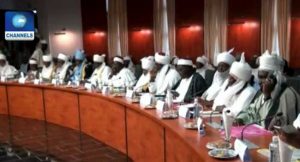 The Nigeria Police has condemned a report that it deployed 1,260 personnel from the southwest to northern states in the country.

A statement by the Police spokesman, Don Awunah, described the report credited to one Ola Ajayi as mischievous and capable of misleading the members of the public.

The force explained that its reaction was to disabuse the minds of its officials and other members of the public.

The Police, however, said that officers are subject to movements, transfers and postings within the force and other lawful assignments while in service.

The Police statement reads: “The attention of the Nigeria Police Force has been drawn to a report on page 11 of Vanguard Newspaper of 29th December, 2016 credited to one Ola Ajayi captioned ‘1,260 Policemen from S-West protest transfer to Northern States’.

“The report was in its entirety false, mischievous and capable of misleading the members of the public. The story is absolutely a shadowy imagination of the writer.

“However, it is imperative to set the record straight and disabuse the minds of Police personnel and other members of the public.

“It is factual to state that transfers, reorganisations and postings in the Nigeria Police Force are routine and administrative. Officers and men of the force are rotated to maximise their efficiency and effective service delivery for the force.

“The Nigeria Police Force is a federal security organisation and the Inspector General of Police is empowered by the relevant provisions in the Force Orders and Force Administrative Instructions to effect transfers, postings and redeployment of the personnel of the force as deemed fit to position the force to discharge its statutory responsibilities efficiently.

“This is not consistent with extant practices and tradition of the service. To this extent, the publication with all the allegations contained is completely untrue and a futile distraction.

“It is important to enlighten the public that Police officers are subject to movements, transfers and postings within the force and other lawful assignments while in service.

“Refusal to proceed on postings and protest in this regard is serious misconduct not only in the Nigeria Police Force, but in every government/public agency which could attract commensurate sanctions.

“Consequently, the Nigeria Police Force wishes to assure the media of its support as partner in ensuring a crime free society.

“The media is however, enjoined to resist the temptation of allowing mischievous person(s) to use the pages of their esteemed newspapers to cast aspersion on the policy of the force.

“The Inspector General of Police, IGP Ibrahim K. Idris NPM, mni, will continue to do his best for the benefit and well-being of all the personnel of the force.”

The umbrella body of Muslims in the North, Jama’atu Nasril Islam, have condemned  the attack by gunmen on Vice President Namadi Sambo’s residence in Zaria and the multiple bomb blasts in Sokoto and Kano states.

The body in a statement signed by the Secretary-General, Dr. Khalid Abubakar Aliyu, said, “We received with shock the unfortunate orchestrated multiple bomb blasts and gun shootings that occurred in Sokoto and Kano States, and also Zaria, Kaduna State. These call for sober reflection of our actions and inactions in Nigeria.

The group called on Nigerians to be security conscious and added, “We must as a nation rise to nip in the bud these re-occurring upheavals.”

The Executive Secretary of the National Summit Group;Mr.Tony Uranta was also with the Sunrise Daily crew to further look into the issue of the revenue allocation formular which has been a bone of contention.

Mr.Uranta said the revenue allocation issue is not as simple as the approach it is getting as it is based on derivation.