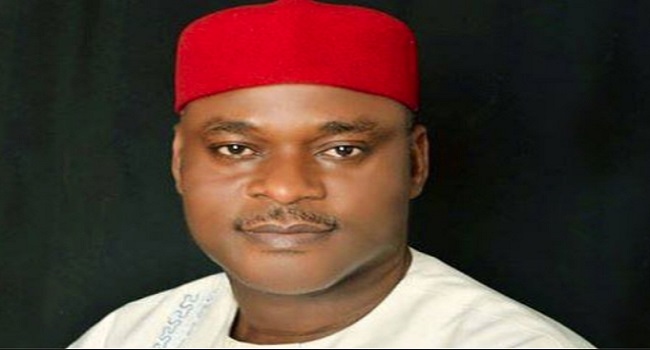 The Deputy Governor of Abia state, Mr. Ude Chukwu, has assured his people that the ongoing Operation Python Dance is not targeted at the civilians, contrary to what people think.

Receiving the Chief of Army Staff, Lt. Gen. Tukur Buratai, during his inspection of the Nigerian Army Language Village Institute in Isikwuato area of the state, Mr. Chukwu praised the military in putting the security situation under control.

“I want to tell Abians and Nigerians that the exercise embarked by the Nigeria Army is not targeted on civilian, it is a routine exercise that the soldiers engage to retrain their staff, and to be able to attend to some of those security issues that are prevalent in this area, such as herdsmen/farmers clash, kidnapping, boundary issues amongst many others to ensure that the state is safe.”

Also speaking, a former Chief of Army Staff, Lt. Gen. General Azubike Ihejirika expressed confidence in the leadership of the COAS, while stressing that the essence for establishing the institute was being realized.

“I Am glad the chief of army staff is here to visit this facility. I want to say that the reason we established this institute looked obvious.

“But not everyone appreciates that Nigeria is surrounded, by French-speaking countries, but I want to say that it is our dream to have a strong Army capable of protecting all his borders through the commencement of this programme,” he added.