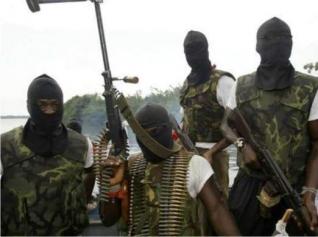 After several people had been killed, the area’s chief appealed to the gunmen to stop firing, but they turned their weapons on him instead, according to the spokesman.

“They were all shot to death while the village head was slaughtered with a sword,” local government spokesman Salihu Anka told Reuters by phone.

At least 27 people were killed in June when suspected armed robbers attacked several villages in Zamfara.

This killing comes on the heel of Sunday’s attack on a Catholic Church in another north central state, Kaduna.

A suicide bomber drove a jeep full of explosives into a church in Kaduna, about 70 miles (113 km) from the Zamfara border, killing eight people and triggering reprisals that killed at least two more.