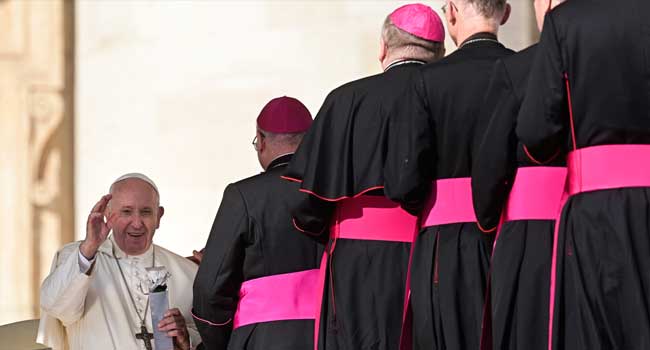 Catholic nuns taking part in a three-week Vatican assembly on the Amazon have urged Pope Francis to allow them to vote on the final document Saturday.

A green light from Francis would be a historic first. The Vatican has not publicly responded to the request, but an expert said it would be unusual for voting rules to be changed once the assembly, or “synod”, was under way.

Only “synod fathers” — bishops, cardinals and specially-appointed male representatives — are allowed to vote on the final document, which brings together a list of recommendations submitted to the pope.

Francis will take those recommendations into consideration when he draws up his own document in the coming months.

There are 184 bishops or cardinals with voting rights taking part — nearly two-thirds of whom come from the Pan-Amazon region, which covers nine Latin American countries.

The meeting, which ends Sunday, has also been attended by non-voting observers, auditors and experts, including 35 women.

Ecuadorian nun Ines Azucena Zambrano Jara said Friday a letter had been sent to the pontiff.

She told journalists at a press briefing that the women took an active part in the synod, with some of them defining themselves as “synod mothers”.

Specialized site Religion Digital said the 35 women had signed a petition calling for the right to vote.

The synod fathers will vote later Saturday on each paragraph in the document.

Francis bent the rules at a previous synod in 2018, allowing two lay men to vote in their capacity as superiors general of their religious orders.

There have been calls for the pontiff to extend the right to female superiors general. 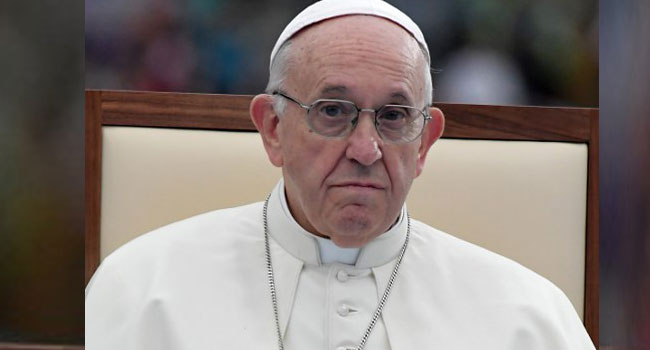 Pope Francis admitted Tuesday that priests and bishops in the Catholic Church had sexually abused nuns.

“There are some priests and also bishops who have done it,” the pontiff said in response to a journalist’s question on the abuse of nuns, speaking on the return flight from his trip to the United Arab Emirates.

The papal admission followed a rare outcry last week from the Vatican’s women’s magazine over the sexual abuse of nuns by priests and religious sisters feeling forced to have abortions or raise children not recognised by their fathers.

The issue hit the headlines last year after a nun accused an Indian bishop of repeatedly raping her in a case that triggered rare dissent within the country’s Catholic Church.

Francis said the problem could be found “anywhere” but was prevalent in “some new congregations and in some regions”.

“I think it’s still going on, because it’s not something that just goes away like that. On the contrary,” he added.

He said the Church has “suspended several clerics” and the Vatican has been “working (on the issue) for a long time”.

“I don’t want to hear it said that the Church has not got this problem, because it has.

The February issue of “Women Church World”, a supplement distributed with the Vatican’s Osservatore Romano newspaper, warned that nuns have been silent over abuse for decades for fear of retaliation.

It said the Vatican received reports of priests abusing nuns in Africa in the 1990s.

“If the Church continues to close its eyes to the scandal — made even worse by the fact that abuse of women brings about procreation and is therefore at the origin of forced abortions and children who aren’t recognised by priests — the oppression of women in the Church will never change,” editor Lucetta Scaraffia wrote.