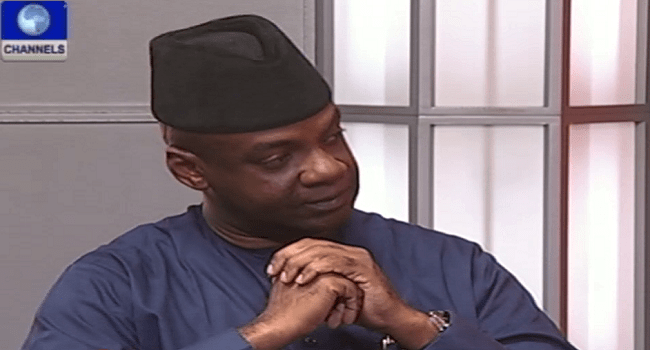 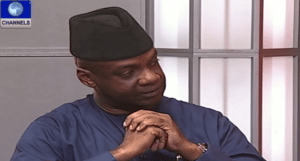 An international prosecutor with The Hague says the “execution denies a criminal a second chance if new forensic evidence shows the individual was innocent”.

Giving his opinion on Friday about the execution of eight persons in Indonesia for drug trafficking, Mr Charles Adeogun-Philips told Channels Television that the grouse of the international community over the execution was based on the expectations that the Indonesian leader should have employed the prerogative of pardon, which he did not explore.

A Philippine woman was granted a stay of execution in the last minute, after new evidence emerged, showing her involvement was framed.

Mr Adeogun-Philips pointed out that if she had been executed before the emergence of new evidence, she would not have had a second chance, stressing the need for the law on execution of criminals to be revisited.

“The Principles behind sentencing an offender of a crime is to Punish the offender, serve as some deterrent to stop people from committing the similar crime, to protect the public and to rehabilitate the offender.

“A major part of the purpose of punishment is to be able to rehabilitate. And in this case, then that defeats the argument as to whether or not having been born again or having been radicalised or whatever they have done in the prison.

“There is the last window for the Indonesian leader to pardon.

“The argument is that once a person has been executed, there is no second chance should a forensic evidence indicate that there is something else,” he said.

However, the international prosecutor stressed that the decision was taken because Indonesia needed to send a message that drug trafficking would be discouraged at the highest level.

“Thirty-three Indonesians apparently die daily from the use of drugs.

“Executions are allowed under their laws.

“It is considered barbaric internationally to conduct executions, but once you step into Indonesia it is very clear that execution is the penalty for drugs trafficking,” he said.

He said that the execution case was carried out based on the domestic laws of the country because Indonesia had not signed on to international law about drug trafficking. 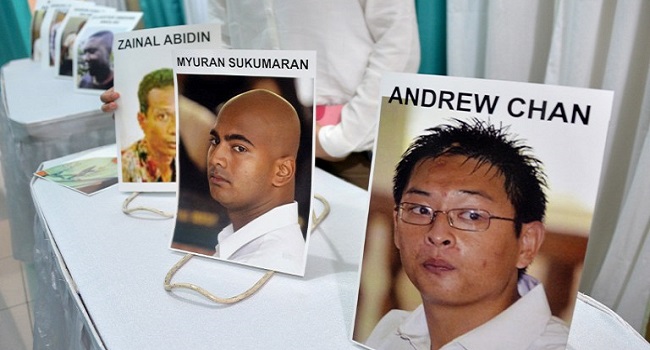 Officials of the Ministry of Foreign Affairs have met with the Indonesian Ambassador to Nigeria, to express disappointment over the execution of four Nigerians in Indonesia, despite pleas for clemency from the President and other high-level government officials.

The Under-secretary Economy and Consular Affairs in the Foreign Ministry, Ambassador Ibukun Onemola, at the meeting conveyed the request of the Nigerian government for a prisoner exchange program with Indonesia.

Responding, the Indonesian Ambassador, Harry Purwanto, said that his government only carried out the executions after due process and legal procedures had been thoroughly followed.

He also added that Indonesia was not able to enter into any prisoner exchange agreement with Nigeria at the moment.

Indonesia on Tuesday executed eight persons for drug related offences. Four Nigerians were among those executed.

The government of Indonesia had defended the execution of the persons.

An international prosecutor with The Hague said 33 Indonesians apparently die daily from the use of drugs. 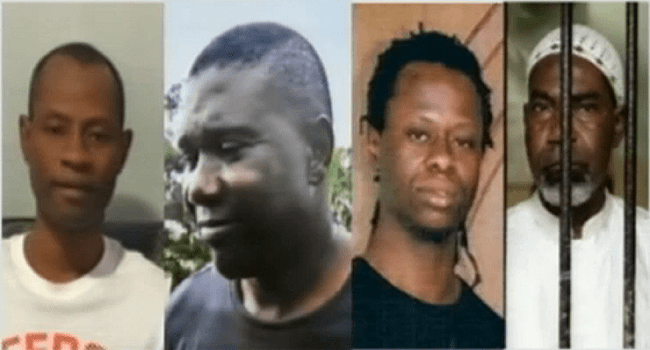 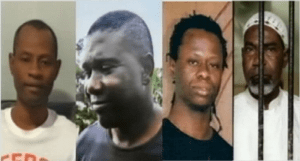 The Nigerian government has asked the Indonesian Government for the repatriation of the remains of the executed Nigerians.

In a statement on Wednesday, the Ministry of Foreign Affairs said the request was made to ensure that the executed persons could be accorded decent burials in their various communities.

The Ministry said the government of Nigeria received the news of the execution with deep disappointment.

“These executions have taken place despite spirited pleas for clemency made at the highest level by President Goodluck Jonathan and more recently, the Minister of Foreign Affairs, Ambassador Aminu Bashir Wali, on 21 April, during the 10th Anniversary of the New Asian-African Strategic Partnership Summit which took place in Indonesia, Jakarta,” the statement read.

The Nigerian government further expressed its condolences to the families of the deceased, saying it had requested for their remains so they could be accorded decent burial.

Indonesia had defended the execution of the four Nigerians and four others.

“We are not making enemies of countries from where those executed came,” Prasetyo said.

The convicts were shot by firing squad along with one Indonesian, despite strident foreign appeals and pleas for mercy from family members.

Also expressing its commitment to the fight against drugs, the Nigerian government warned all Nigerians to desist from drug trafficking and other offences that attract maximum punishment in several countries of the world.

The government promised that it would continue to promote the welfare and protect the lives of Nigerians abroad, no matter their circumstances.

It also expressed its commitment to engaging the Government of Indonesia and other friendly countries regarding the conclusion of Prisoner Transfer Agreements and other bilateral means of safeguarding the interest and welfare of Nigerians. 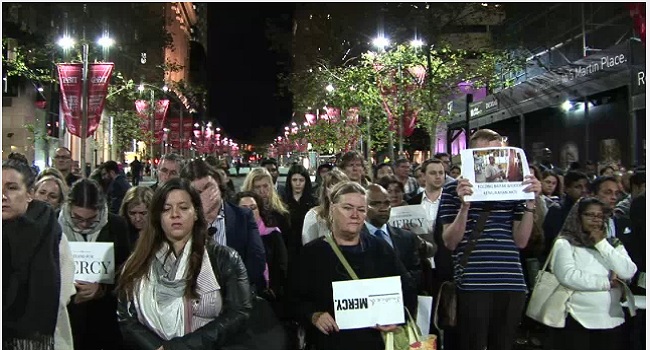 The government of Indonesia has defended the execution of eight people, including four Nigerians, convicted for drug offenses.

“We are not making enemies of countries from where those executed came,” Prasetyo said.

The convicts were shot by firing squad along with one Indonesian, despite strident foreign appeals and pleas from family members.

All the condemned men reportedly refused blindfolds and sang hymns, among them “amazing grace”, as they went to face the firing squad in a jungle clearing.

As the clock ticked down to midnight, a group of tearful supporters also sang hymns, embraced and held candles aloft, during a vigil at the port in Cilacap, the gateway to the prison Island of Nusakambangan.

A Filipina originally set to be executed was however, given an 11th hour reprieve after a woman, who allegedly tricked her into ferrying drugs to Indonesia,  turned herself in to the police in the Philippines. 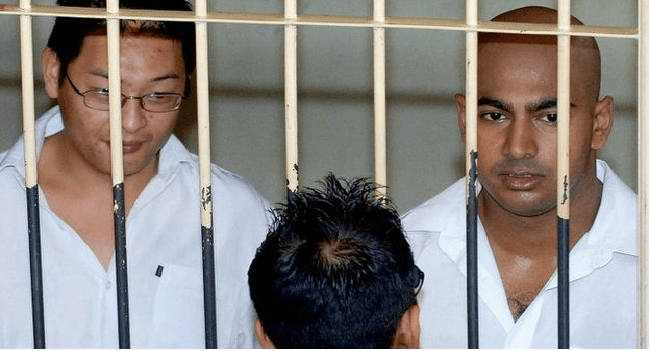 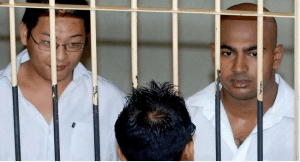 Australia has recalled its Ambassador from Indonesia after two citizens were executed for drug smuggling.

Andrew Chan and Myuran Sukumaran were among the 8 people from several countries executed by firing squad minutes after midnight on Wednesday, on the prison island of Nusakambangan in central Indonesia.

The Brazilian Government had also expressed its “deep dismay” at the execution of one of its citizens, Rodrigo Gularte.

However, the execution of a Philippine woman, Mary Jane Fiesta Veloso, was called off at the last minute after her government appealed to Indonesian authority, saying the woman Mary had accused of planting drugs on her, had handed herself in.

Meanwhile, Australia had mounted a lengthy diplomatic campaign to save Chan and Sukumaran, convicted in 2006 of being the ringleaders of a group of Australian heroin traffickers known as the “Bali Nine”.

Australian Prime Minister, Tony Abbott, said on Tuesday that the executions were “both cruel and unnecessary,” noting that Chan and Sukumaran had been “fully rehabilitated” while in prison.

“We respect Indonesia’s sovereignty, but we do deplore what’s been done and this cannot be simply business as usual.

“For that reason, once all the courtesies have been extended to the Chan and Sukumaran families, our ambassador will be withdrawn for consultations,” ,” Abbott said. 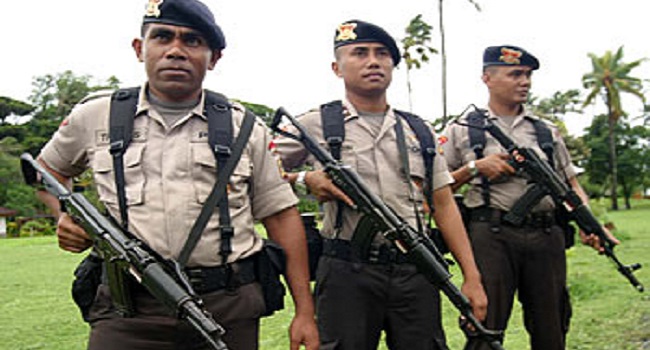 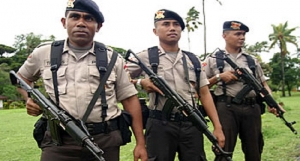 Indonesia has asked foreign embassies to send representatives to a maximum security prison ahead of the expected execution of 10 drug convicts, although an official 72-hour notice of execution has not been given yet.

Among the convicted drug offenders set to face the firing squad are nationals from Nigeria Australia, Brazil and France.

Security was heightened on Friday at the prison island of Nusakambangan off the Javanese port of Cilacap, where the executions will take place.

It was not immediately clear why the representatives from the four countries had been summoned.

A police spokesman said orders to prepare the firing squad had not yet come from the Attorney-General’s office.

The Attorney-General has been waiting for all the legal processes of the 10 death row inmates to be completed before announcing an execution date.

Lawyers were scrambling to various Indonesian courts in a last-ditch attempt to delay the execution.

But the only outstanding appeal considered still valid by the Attorney-General was for an Indonesian national.

Indonesia has harsh punishments for drug crimes and resumed executions in 2013 after a five-year gap. Six executions have been carried out so far this year. 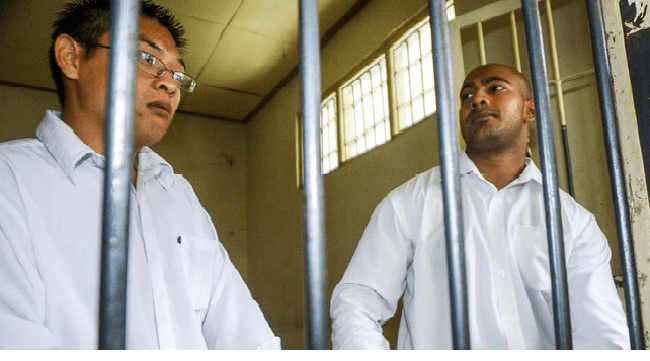 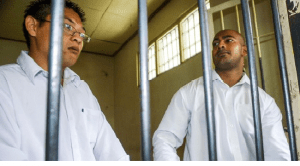 Lawyers for the State and Defence were divided over whether legal avenues remained for them to avoid the death penalty.

Andrew Chan, 31, was found guilty in 2006 along with Myuran Sukumaran, 33, of being the ringleaders of a gang which plotted to smuggle heroin out of the country.

The pair had challenged the court’s decision not to hear an appeal against an earlier decision by Indonesia’s President, Joko Widodo, to refuse them clemency.

The Attorney-General’s office said that the ruling handed down by a court in Jakarta left him with no further legal avenues to avoid the death penalty.

Australia has been pursuing a campaign to save the men from a firing squad, stressing they have been rehabilitated while in prison.

The pair are among 10 drug convicts due to be executed at the prison island of Nusakambangan. Others in the group include citizens of France, Brazil, the Philippines, Ghana, Nigeria and Indonesia.

The case has heightened diplomatic tensions between Australia and Indonesia with Australia’s Prime Minister, Tony Abbott, saying he was “revolted” by the planned executions.

Mr Widodo has pledged no mercy for drug offenders, saying Indonesia faces a “drug emergency”. The country is a major destination for drugs trafficked in the region.

Australia has made repeated calls for mercy on behalf of Sukumaran and Chan, but Mr Widodo had refused to change his stand, turning down an offer of a one-off prisoner exchange and to have the Australian government bear the cost of the men serving life sentences.