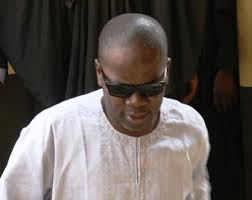 The trial on N1.1billion fuel subsidy fraud against Abdullahi Alao, son of Ibadan based business man, Arisekola Alao, resumed on Wednesday and the Court heard that the young oil magnate was paid subsidy for importing 15,000metrc tonnes of fuel while he delivered just 4,000Metric Tonnes.

Abdullahi Alao and two other oil marketers Opeyemi Ajuyah and Olanrewaju Olalusi are facing trial on charges of forging documents to perpetrate the fuel subsidy fraud.

A prosecution witness, Mr Mohammed Adedapo, an inspector of petroleum products Q and Q Control Marine Services Limited testified against the three oil marketers at the continuation of trial before Justice Lateefat Okunnu of a Lagos State High Court in Ikeja.

The marketers and their firms -Majope Investment Limited and Axenergy Limited were charged to court by the Economic and Financial Crimes Commission (EFCC).

The witness who was led in evidence by EFCC counsel, Mr Francis Usani, said Q and Q was contracted by Oando Oil and Gas PLC to inspect the quantity of products brought in by a vessel, MT Brave on behalf of Majope Investment Limited.

Adedapo said the discharge was done at Lister Jetty in Apapa between January 22 and 23, 2011, adding that the vessel brought 15,000 metric tonnes.

He said about 4,000 metric tonnes was discharged into the facility while the remaining quantity was taken away by the vessel.

The witness said he wrote a protest letter to the Captain of the ship as a result of the discrepancy witnessed in the transaction.

Adedapo said he issued a Shore Tank Certificate to the marketers indicating that only 4,000 metric tonnes was discharged in the facility.

Under cross-examination by the defendants counsel, Mr Wale Akoni (SAN) and Mr Oludare Falana, he maintained that he did not sign any document indicating that 15,000 metric tonnes was discharged.

Following his denial, Falana ordered him to sign on a blank paper for comparison of the signatures.

The paper was admitted by the court as Exhibit P6.

The matter was then adjourned till July 24 for continuation of trial.

In another case, the trial of three other oil marketers, Ifeanyi Anosike, Emeka Chukwu and Ngozi Ekeoma was stalled.

The marketers and their firms – Anosyke Group of Companies and Dell Energy Limited are facing trial before Justice Adeniyi Onigbanjo for an alleged N1.5 billion fuel subsidy fraud.

During Wednesday’s proceedings, Anosike’s counsel, Mr Layi Babatunde (SAN), informed the court that he was contemplating his withdrawal from the matter over some recent developments which he did not disclose to the court.

He therefore asked the court for an adjournment to enable him discuss further with his client.

The Judge adjourned the matter till Sept. 18 for mention.