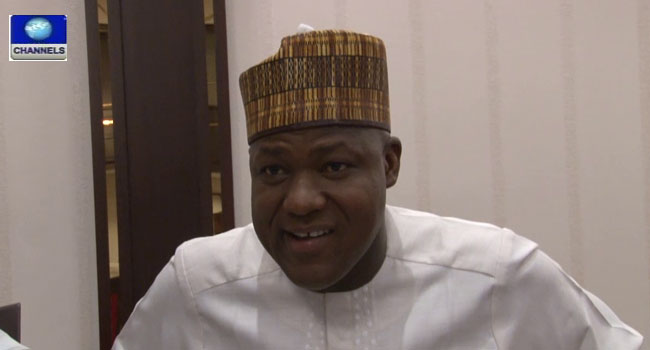 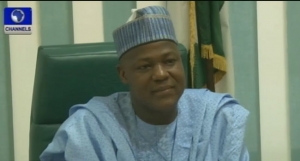 The Speaker of the House of Representatives, Hon. Yakubu Dogara, has congratulated the new Ooni of Ife, Prince Adeyeye Enitan Ogunwusi on his ascension to the throne.

In a congratulatory statement signed by his Special Adviser on Media and Public Affairs, Turaki Hassan, Dogara ‎said the role of traditional rulers in nation-building cannot be over-emphasised.

He said the dignity of the traditional institutions must be restored, as well as returned to their rightful place in the society if Nigeria is to make any meaningful progress.

The Speaker urged the new Ooni to emulate the works of the late Oba Sijuwade, whom he said had left an indelible mark in the history of Nigeria as a peacemaker and a bridge between different people of the country.

While assuring of the cooperation of the House of Representatives, Honourable Dogara noted that the “legislature is open to the wise counsel and invaluable support of the new Ooni in its quest to effect change and re-position our dear nation for enduring peace, security, accelerated growth and development.

“As you ascend the glorious revered throne of your fore-fathers, I join your family, the good people of the historic kingdom of Ife, friends, proteges and well-wishers to ask God to guide, guard and give you wisdom to lead,” he stated.

“I note that the position of Ooni carries with it authority, influence and power and therefore I urge Your Royal Majesty to rule with the fear of God and serve as a father to all”, Dogara remarked.

The Speaker commended the Osun State Government for playing the role of a good umpire by ensuring a rancour-free selection and succession process.

He also appealed to the ruling houses in Ife and citizens of the Kingdom to unite behind the new Ooni and give him the much needed support.

Honourable Dogara reiterated the National Assembly’s resolve to accord the traditional institution a constitutional role in view of its strategic importance to the peace and unity of the country.