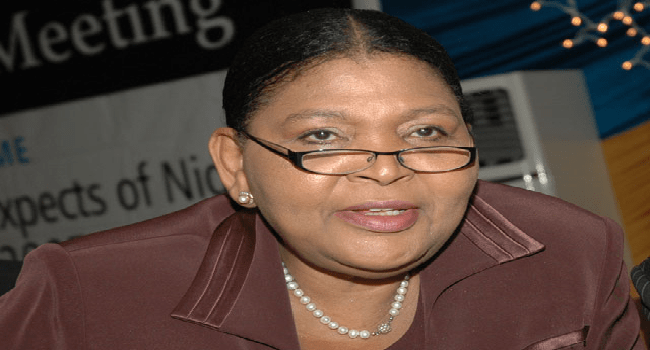 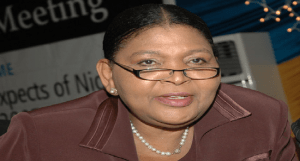 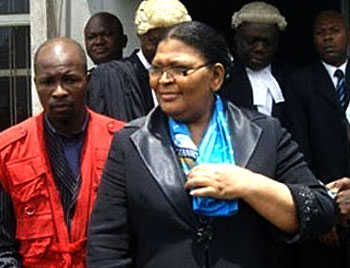 A Federal High Court sitting in Lagos has ordered the Economic and Financial Crimes Commission (EFCC) to disclose within 72hours, the whereabouts of the money and properties forfeited by the convicted former Managing Director of Oceanic Bank (now Ecobank), Mrs. Cecilia Ibru.

Mr Okezie, had filed the suit against the EFCC as well as the Minister of Justice and Attorney General of the Federation, Mohammed Bello Adoke (SAN).

He had also urged the court to compel the two defendants to render account of all the legal fees paid so far to private lawyers handling its criminal cases.

Delivering judgment, Justice Idris  held that it was imperative for the anti-graft agency to account for the assets recovered from Ibru, which amounted to about N191 billion.

The judge also ordered  Mr Adoke and the EFCC to, within seventy-two hours, disclose the amounts they have respectively spent on hiring private lawyers for criminal prosecution.

In addition, the court ordered the defendants to disclose the amounts they pay their in-house counsel and their qualifications.

The assets forfeited by Mrs Cecila Ibru included 94 landed property scattered in Nigeria, Dubai and the United States of America, as well as shares in about 100 firms both listed and unlisted in the Nigeria Stock Exchange (NSE).

It would be recalled that Mrs Ibru was sentenced to eighteen months imprisonment by the then Chief Judge of the Federal High Court, Justice Dan Abutu after she pleaded guilty to a three-count charge of recklessly granting credit facilities.

BACKGROUND:
Ibru had admitted granting an illegal credit facility of $20 million to WAVES Project Nigeria Limited and N2 billion unlawful credit to Petosan Farms. She also agreed that she failed to ensure that the 2009 balance sheet of Oceanic Bank was a true view of the state of affairs of the bank.

Justice Idris, had in a sister case, ordered the Central Bank of Nigeria (CBN) to account for the assets forfeited by Ibru also within seventy-two hours.

Already, the CBN has appealed against that verdict.

In the notice of appeal, the apex bank stressed that accounting for the assets was not possible in view of the fact that it would expose the legal fees paid to lawyers that handled the matter.

The appeal, which was anchored on one point stated above, was filed by Gabriel Olawoyin (SAN) on behalf of the CBN.

The appeal is yet to be heard and determined by the appellate court. 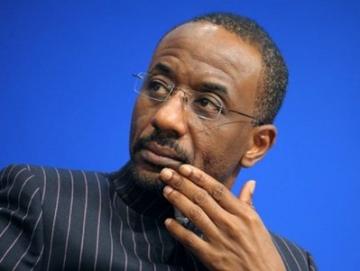 A Federal High Court sitting in Lagos has given a 72-hour ultimatum to the Governor of the Central Bank of Nigeria (CBN), Sanusi Lamido Sanusi, to make available, the total cash and value of properties recovered from the former Managing Director of the defunct Oceanic Bank Plc, now (Eco Bank Plc) Mrs. Cecilia Ibru.

Presiding Justice Mohammed Idris also mandated the CBN governor to make public, the whereabouts of the money and properties recovered as well as what part of them has been returned to Oceanic Bank and/or its shareholders.

The judge gave the directive while giving his judgement in a suit filed by the President of Progressive Shareholders Association of Nigeria (PSAN), Mr Boniface Okezie, against the CBN where he sought to compel the apex bank to publicise how it managed about N191 billion worth of assets realised from Mrs. Ibru after her conviction on charges of fraud and mismanagement of Oceanic Bank’s assets.

Justice Idris in his judgement said, “The Central Bank of Nigeria is hereby ordered to declare the whereabouts of the money recovered from Cecilia Ibru; and what part of this cash and properties has been returned to Oceanic Bank and/or its shareholders.

“What is done officially must be done according to the law,” he added.

Justice Idris however turned down a request by Mr Okezie to compel the CBN to disclose the total sum paid to the firms of Olaniwun Ajayi and Kola Awodein in respect of the prosecution of Cecilia Ibru and how much of this sum was in the form of commission on the properties recovered from her.

It will be recalled that the assets forfeited by former Oceanic Bank supremo, Mrs Cecilia Ibru included 94 landed properties scattered in Nigeria, Dubai and the United States of America, as well as shares in about 100 firms both listed and unlisted in the Nigeria Stock Exchange (NSE).

In the written affidavit, which was in response to the counter-affidavit filed by the CBN to the suit, Mr Okezie alleged that he had heard the rumour that Sanusi and his associates within and outside of government had embezzled the recovered funds, a development he said necessitated the reason why the CBN must be made to account for the funds at its disposal under Sanusi.

In the counter-affidavit deposed to by one, Chiaka Mogaha, the CBN urged the court to reject the applicant’s request because the information sought relates to the contractual relationship and negotiation between it, the legal practitioners and other professionals engaged by the apex bank.

CBN noted that the disclosure of the information would interfere with the contracts and negotiations between it and the professionals engaged, adding that there is already a momentous condition of service that the details of remuneration “shall never be disclosed to any third party.”

Responding, Okezie stressed that the apex bank had only laboured in vain to avoid the clear duty imposed on it under the Freedom of Information (FOI) Act to disclose payments it has made to consultants and professionals.

While citing Sections 2 (3) (d) (v) and 2 (4) of the FOI Act, the applicant stated that those sections even require the CBN, as a public institution, to publish and disseminate widely “information relating to the receipt or expenditure of public or other funds of the institution,” without prompting. 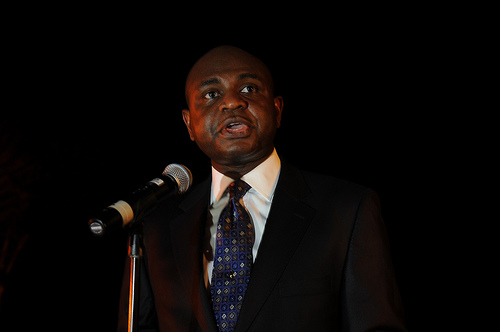