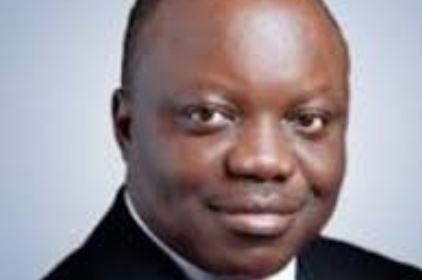 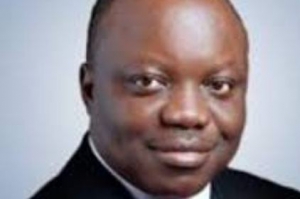 The Communities that make up the $16 Billion Ogidigben Gas City [Export Processing Zone] have resolved to stop further acrimony and inciting actions to ensure that the project is peacefully executed.

At a meeting held at the Government House, Asaba presided over by the Delta State Governor, Dr. Emmanuel Uduaghan, the communities resolved to stop all negative publications against the Ogidigben Gas City project and continue to live peacefully among themselves.

Speaking at the parley, Governor Uduaghan said it was important for the people of the area to see the Gas City project as a project which will not only be beneficial to the host communities, the state, and the nation but, also of great importance to the international community.

The Governor, who commended the host communities for agreeing to stop all forms of hostilities, set up a fact-finding committee headed by his Deputy, Professor Amos Utuama to consolidate on the resolutions reached at the Town Hall meeting.

Dr Uduaghan also lauded the determination of President Goodluck Jonathan to ensure successful take-off of the project, stating that as an individual, he is fully in support of the programmes of President Jonathan’s administration.

Members of the committee, which included five persons from each of the host communities are, the Commissioners for Oil and Gas, Mr. Mofe Pira; Lands and Survey, Sir Patrick Ferife; State Attorney-General and Commissioner for Justice in the state, Mr Charles Ajuyah, representatives of the Police, Navy and the State Security Services.

Those who spoke on behalf of the host communities at the meeting which was attended by the Ugborodo Community, Gbaramatu Community, Sekegboro/Yokro Community, Kpokpo/Fregene Family and the Ilaje/Ilesame family commended Governor Uduaghan for attracting the project to Delta State, stating that they are aware of the devastating effects of war and as such, they would toe the line of peace at all times for them to have full benefits from the Gas City Project.

It is hoped that the Gas City project will bring many other projects to the host communities especially, gas processing facilities, petrochemical industries, deep sea port, among others when it finally takes off.