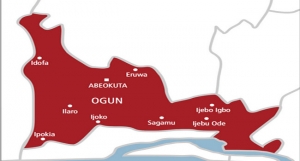 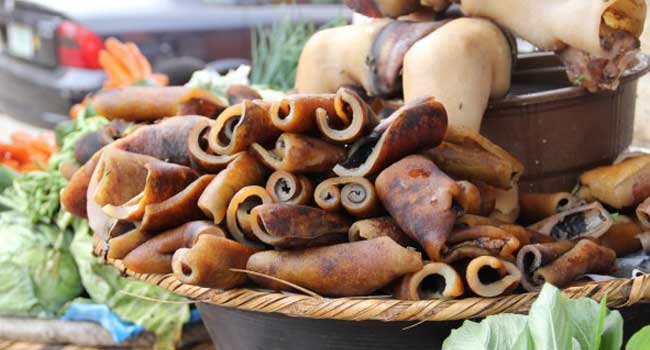 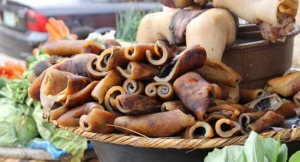 Ogun State Government and the National Food Drugs Administration and Control (NAFDAC) have held a campaign to enlighten residents on the dangers of further consumption of  toxic ponmo.

The campaign which was held across some major markets in Abeokuta, the state’s capital on Saturday, came after the state discovered toxic ponmo in markets across the state.

The State Commissioner for Agriculture, Ronke Sokefun, who led the campaign, revealed that there was indeed a level of compliance by residents as the alleged ponmo which has found its way into the markets, is nowhere to be found any longer.

Speaking to reporters during the exercise, the State Director of Veterinary Services in the Ministry of Agriculture, Dotun Omotayo, said that although, no fatality has been recorded since the discovery of the item in markets, the Ministry would continue to keep vigil until the markets are rid of the toxic item.

The Ogun State Government confirmed the existence of toxic ponmo laced with chemicals across markets in the state, asking residents to be careful and watchful while buying the popular local relish.

According to Mrs Sokefun, due to the huge market potential of the commodity, some unscrupulous businessmen seemed to have imported the animal skins laden with tanning, biocides and fungicides into the country.

Ogun State government had confirmed the resurgence of bird flu in three markets and a farm at Odogbolu local government area, of the state.

According to the State Commissioner for Agriculture, Ronke Sokefun, the government had placed farmers on red alert.

Sokefun, who gave the disclosure during a press conference held at the ministry’s conference room, Oke Mosan, Abeokuta, the state capital, denied any human infection, noting that the state government was processing some suspicious samples from other farms in the state. 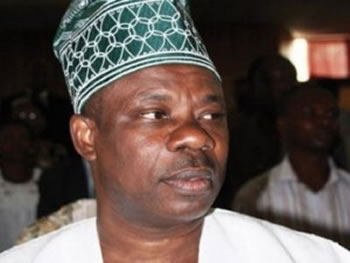 Ogun State Governor, Ibikunle Amosun, has sworn in two female commissioners,  bringing the number of females in the cabinet to 12.

Amosun charged the new commissioners “to sustain the heritage of excellence, selfless service and outstanding performance to ensure the overall development and socio-economic development of the state for the good of all”.

Mrs Yewande Amusan was until her appointment the Senior Special Assistant to the Governor on Public Private Partnership (PPP) while Mrs Ronke Shokefun was in charge of Bureau of Lands.

The inauguration ceremony was held  at the Governor’s Office, Oke-Mosan, Abeokuta, the state capital.