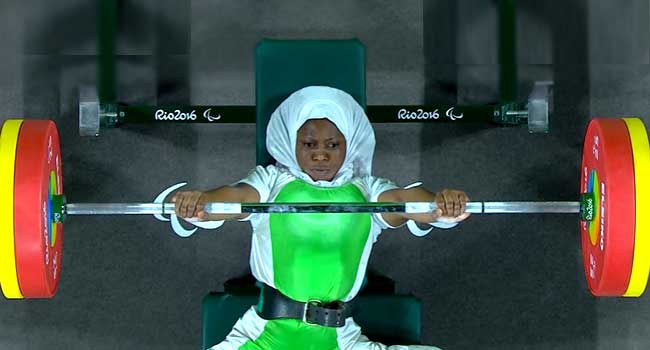 Ogun State Governor, Ibikunle Amosun, has rewarded one of the athletes that made Nigeria proud at the Rio 2016 Paralympics.

The Paralympian, Tijani Latifat, who won a silver medal at the games, is a 32-year-old resident of Abeokuta North Local Government Area of the state.

She was honoured alongside her coach at the Ogun State Executive Council meeting in the state’s capital in Nigeria’s southwest region.

Governor Amosun decorated the medallist on Wednesday in company of members of the management team of the state’s Ministry of Youths and Sports.

He thanked her for doing the state proud and pledged that training kits of her choice would be procured by the state to aid the Paralympian in her career.

On her part, Latifat lauded the Governor’s gesture and expressed her readiness to improve on her performance in subsequent competitions.

The reward came after Imo State Governor, Rochas Okorocha, fulfilled his promises to the athletes in the just concluded Rio Paralympics from the state.

Okorocha made good his pledge as he rewarded the athletes with the sum of one million Naira each, a piece of land and a brand new car.

He commended the athletes for achieving such feats at the Olympic Games, saying they have made Nigeria proud and not only Imo State. 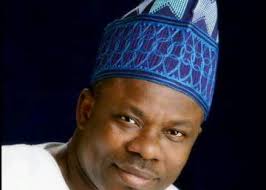 This comes as part of measures being put in place to achieve outstanding results across ministries, departments and government agencies for the overall development of the state.

The Governor made the call while addressing participants at a one-day retreat organised for political office holders and public servants in Abeokuta, the Ogun State capital in south-west Nigeria.

The event was aimed at optimising resources and outstanding results in the mission to rebuild the socioeconomic fortunes of the state.

Governor Amosun asked the top government officials to think outside-the-box in the discharge of their duties, especially in the face of the current economic realities.

He called for effective communication and redirection in the way and manner government businesses are being carried out for the benefit of the people of Ogun State.