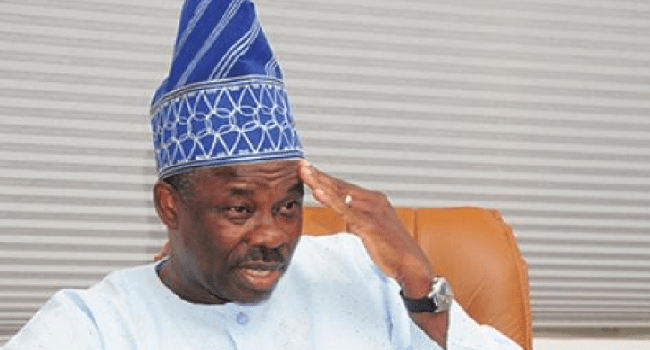 Nigerians count down to the general elections, the Ogun state Governor, Mr Ibikunle Amosun, has warned against the sale of Permanent Voters Card (PVC) by residents of the state, stressing that such act may deny the expected change in the polity.

Governor Amosun made the call while addressing party supporters in Ijebu Igbo, Ijebu North Local Government on Saturday on the second round of campaign to the local government for his re-election bid.

The governor while promising more developmental projects in the area, however, pledged not to betray the confidence reposed in his administration if voted in for a second term.

The Governor was received with cheers  by thousands of residents and party supporters in Ijebu Igbo, Ogun West Senatorial District.

After this, the train moved to the Ijebu Igbo motor park, where the crowd were already waiting to receive him.

Governor Amosun solicited votes from the electorates for his party, and those candidates seeking various positions at state and national level under the APC and also stressed the need for residents to obtain their PVCs.

Some residents of the area said they clamour for his re-election, based on what they describe as a result of his monumental achievements across the three senatorial districts of the state.

As the elections draw nearer, politicians have kept up the tempo of the campaign for violence-free elections in the interest of peace and harmony by engaging in a several peace accord. 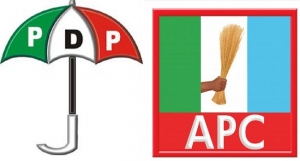 The Ogun State Chapter of the All Progressives Congress (APC)  has alleged that the Peoples Democratic Party (PDP) is planning to the rig the coming elections in the State, triggering a war of words between members of the two parties.

This allegation has, however, been debunked by the leadership of the umbrella party, saying that the APC was only crying foul where there is none.

Meanwhile, the Governorship Candidate of the PDP, Mr Gboyega Isiaka, from Ogun West Senatorial District of Ogun State and his deputy, Mr Tunde Makanjuola, had been presented to the general public at a PDP rally in Ijebu Ode,where other candidates representing the Ogun East Senatorial District were also presented.

It is a season of politicking and politicians are taking the best of it. Intrigues and maneuvering have been deployed to perfect their act, all in order to woo eligible voters to their side for eventual win.

As seen in other parts of the nation, politicians in the Ogun State have begun to find faults in the actions of their opponents and this had made the APC to also accuse the PDP and SDP of an alleged plan to rig the election.

Candidates of political parties are reeling out their manifestos,with so much promises of bringing a good life in abundance to the people of the state if voted in.

The National Secretary of The People’s Democratic Party, Prof Wale Oladipo, has described as baseless, the statement credited to the former Vice President Atiku Abubakar over his roles in the current leadership crisis rocking the national leadership of the party.

Prof Wale Oladipo said the statement was unfortunate, coming from someone who has benefited immensely from the goodwill of the PDP.

During a reunion meeting of party members from Ogun West Senatorial District in Idi Iroko, Ipokia Local Government Area, Professor Oladipo asked members to remain focused and united, as they look forward to the 2015 elections.

“The PDP has not fallen and will not fall but as for what His Excellency Alhaji Atiku Abubakar said, we will still love to believe that he was misquoted.”

“In case he was not misquoted and if we believe what the press reported that the plot to split PDP was hatched 4 months before our last mini convention; that will be most unfortunate from someone of his status within the party.

“I don’t want to join issues with an elderly Nigerian but for people, who have had the opportunity to benefit from this party, to be plotting against the party, I think I will leave it to Nigerians to decide what they think of such human beings.” 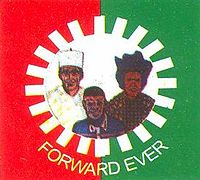 Political manoeuvring and realignment towards the 2015 governorship election in Ogun state, south west Nigeria may have started in earnest as Labour Party in the state has zoned its governorship ticket to Ogun west senatorial district.

At a press briefing in Ilaro, Yewa south local government of the state, party officials and members agreed that this became imperative in order to correct the alleged political marginalization of the zone.

The state party chairman, Bode Simeon noted that in about 40 years of the creation of Ogun state, Ogun west Senatorial district has remained an underdog in the state’s politics and yet to produce the state’s helmsman.

The party also denied reports of an alleged issuance of membership card to the former governor of the state; Otunba Gbenga Daniel, whom many believed is set to join the party soon.

Speaking on the alleged romance of the former governor, the party chairman denied his membership, at least for now.