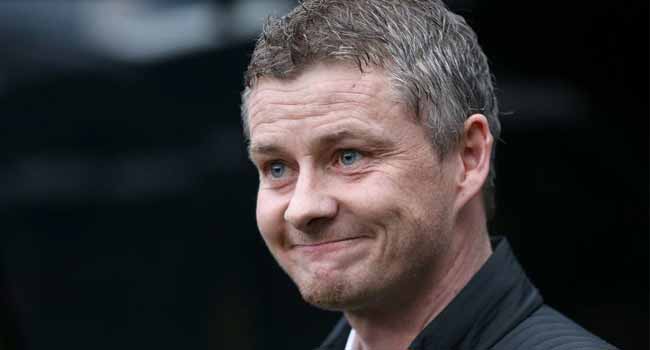 Ole Gunnar Solskjaer says he will be no pushover as he attempts to save Manchester United’s season, vowing to get the best out of Paul Pogba, who fell out spectacularly with Jose Mourinho.

Former Old Trafford favourite Solskjaer – known in his playing days as the “Baby-faced Assassin”, has been appointed as caretaker manager until the end of the season after Mourinho was sacked earlier this week.

The Norwegian, 45, who spent nearly 15 years with United as a player and reserve team coach, has stressed the importance of his stars playing with a smile on their faces under his leadership after a miserable season so far.

But he also said he would not be afraid to take a leaf out of the disciplinary book of his former United manager and mentor Alex Ferguson, whose legendary temper tantrums became known as the “hairdryer” treatment.

“We are all different to how we manage people and the manager (Ferguson) was different to every individual,” said Solskjaer.

“Of course, maybe I should get the hairdryer out of my pocket because I’ve got a hairdryer – when my hair needs lifting I use it on myself. But I am also not afraid of, if you like, laying down the law.

“You know with your kids when they disappoint you, you tell them off, you don’t give them some chocolate do you?

Solskjaer’s promotion from Norwegian club Molde, who have “loaned” him to United, has surprised many in football.

But he has been a popular appointment, not least because he has worked with a number of the club’s current players in his previous coaching role.

Pogba, whose relationship with Mourinho had been little short of toxic this season, was a member of Solskjaer’s reserve team in 2010 and the interim boss has pledged to try and return him to the form he showed in helping France win the World Cup.

“He’s a World Cup winner,” said Solskjaer. “Paul is a terrific lad and when I had him as a kid, he was always there, the happy-go-lucky lad.

While Pogba’s new manager dismisses the argument that the balance of power in football clubs has shifted to the players, he has reminded the Frenchman, and others, about their responsibilities with regards to social media.

Pogba quickly deleted a controversial social media post of him smiling after manager Mourinho was sacked.

“I’m not sure about you saying the power has gone to the dressing room,” he said. “Football has evolved, of course, and the gaffer (Ferguson) was in charge of more or less the whole club.

“Football is developing. The structure of the club has developed. The power is with the manager. He picks the team, the tactics, the strategy.

“The philosophy is in these walls. That legacy is more important than any player power. I have to say being a Man United player is a privilege and I think all of them want to succeed here.”

Solskjaer’s first game in charge will be at his former club Cardiff although he appears likely to be without forward Romelu Lukaku, who has been absent from the club this week, attending to a personal matter.

New Manchester United manager Ole Gunnar Solskjaer says it is “like coming home” as he starts his temporary tenure as the Red Devils’ boss, he told the club’s MUTV channel on Thursday.

Solskjaer, 45, made more than 360 appearances in 11 years for United and scored a dramatic Champions League winner in 1999 to seal a historic treble.

“It feels like coming home. It’s been a few whirlwind days, very hectic,” he said in his first interview since taking over from Jose Mourinho.

United called time on Mourinho’s two-and-a-half years at the club on Tuesday, with the club languishing sixth in the Premier League, 19 points behind leaders Liverpool.

Solskjaer will be at the helm at Old Trafford until the end of the season when the club will appoint a full-time successor.

“It’s six months, I’m going to enjoy the ride. It’s about being myself. The club’s running a process to find the next manager so I’m just going to be myself in the meantime,” he added.

He will take charge of his first match on Saturday against Cardiff, where he spent an unhappy spell as manager in 2014.

The Old Trafford hierarchy sacked Mourinho in the aftermath of Sunday’s 3-1 defeat at Anfield that left the 20-times champions an embarrassing 19 points behind league leaders Liverpool after just 17 matches.

Former United striker Solskjaer, the current manager of Norwegian side Molde, will take charge of the first team with immediate effect and will remain in place as caretaker manager while the club looks for a new full-time boss.

Tottenham manager Mauricio Pochettino and former Real Madrid boss Zinedine Zidane are among the bookmakers’ favourites to take the United job on a full-time basis at the end of the season.

Mourinho was axed on Tuesday after just two-and-half years in charge at Old Trafford, with United in sixth place in the Premier League and facing an uphill task to qualify for next year’s Champions League

“Manchester United is in my heart and it’s brilliant to be coming back in this role,” said the Norwegian. “I’m really looking forward to working with the very talented squad we have, the staff and everyone at the club,”

“His history at Manchester United means he lives and breathes the culture here and everyone at the club is delighted to have him and Mike Phelan back,” he said. “We are confident they will unite the players and the fans as we head into the second half of the season.”

United are hoping that Solskjaer, who coached Paul Pogba and Jesse Lingard in the reserves, will inject renewed positivity into an ailing side, whose underperforming players and drab style played a big part in Mourinho’s exit.

The Portuguese manager, who won three Premier League titles in two spells at Chelsea, spoke for the first time on Wednesday, adamant that he had a future without United but refusing to go into details about his departure.

“It’s over. That’s me and that’s the way I’ve always been and I was always very critical of managers that leave clubs and then they come out and they speak about details of what happened and who is to blame for and this kind of situation — that’s not me.”

Solskjaer is seen as a safe pair of hands who understands the club, as United target a return to the pinnacle of English football — a position they have ceded to bitter rivals Manchester City since Ferguson’s retirement in 2013.

Jaap Stam, who played alongside Solskjaer at Old Trafford, told Sky Sports News: “He knows the culture of the club, the fans like him. Ole is the type of manager, as far as I know, who wants to play attacking football, who wants to go forward.”

The club are understood to be looking to hire a head of football, reporting to Woodward, to oversee football operations — a role it is believed Mourinho had a long-standing reluctance about.

Solskjaer joined United as a player from Molde in 1996 and was part of Ferguson’s team that won the treble of the Champions League, Premier League and FA Cup in 1998/99.

He scored 126 goals in 366 appearances for United between 1996 and 2007, winning six Premier League titles, and in 2008 he became the club’s reserve-team manager, before taking the managerial reins at Norwegian club Molde, where he won two league titles.

The Norwegian’s first game in charge of Manchester United will be Saturday’s trip to former club Cardiff.

Solskjaer managed the Bluebirds between January 2014 and September 2014, failing to stop them being relegated from the Premier League, returning to Molde in 2015. 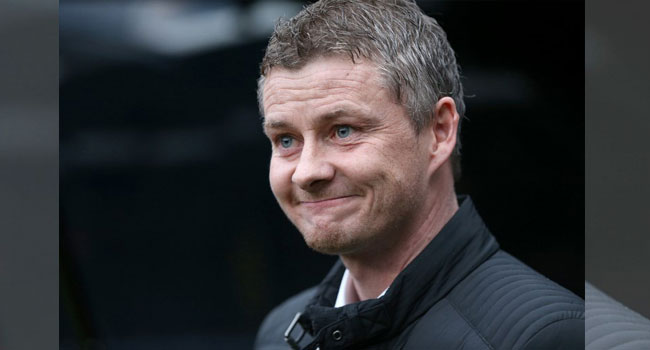 Ole Gunnar Solskjaer was on Wednesday named as Manchester United’s caretaker manager until the end of the 2018/19 season following the sacking of Jose Mourinho.

The former United striker will take charge of the first team with immediate effect and will remain in place while the club looks for a new full-time manager.

He will be joined by Mike Phelan as first-team coach, working alongside Michael Carrick and Kieran McKenna.

“Manchester United is in my heart and it’s brilliant to be coming back in this role. I’m really looking forward to working with the very talented squad we have, the staff and everyone at the club,” said the Norwegian.

Executive vice chairman Ed Woodward said: “Ole is a club legend with huge experience, both on the pitch and in coaching roles.

“His history at Manchester United means he lives and breathes the culture here and everyone at the club is delighted to have him and Mike Phelan back. We are confident they will unite the players and the fans as we head into the second half of the season.”