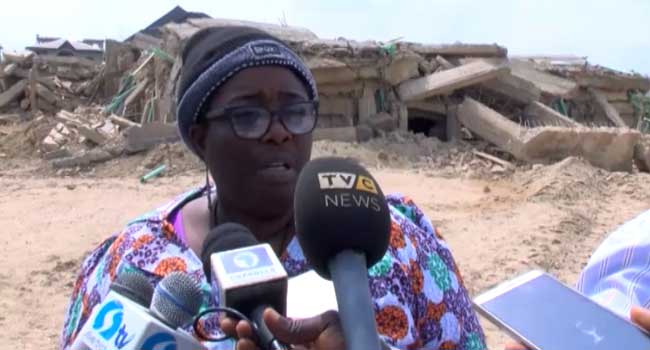 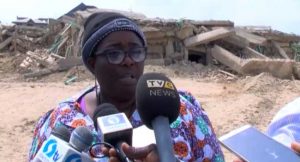 The Ogun State Government has warned owners and occupants of structurally defective buildings in the state to vacate them or report to the appropriate agency of government for structural assessment to avert possible disaster.

The Permanent Secretary, Ministry of Urban and Physical Planning, Mrs Yetunde Dina, gave the warning while inspecting a partially collapsed building at Ojo lane, Olomore in Abeokuta which claimed the life of an occupant.

Mrs Dina, who commiserated with the family of the deceased, said the building was reported to be structurally defective with cracks around it before the ill-fated partial collapse.

She noted that the occupants had been earlier directed to vacate the dilapidated building as it had been marked for demolition, affirming that the Ministry would go ahead with the demolition to avert further calamity.

The Permanent Secretary said another four storey building also collapsed on Sunday at Leme along Abiola Way in the Ogun State capital.

She explained that the developers of the building in question, which was under construction before the unfortunate incident, used inferior materials and failed to comply with necessary building standards.

Mrs Dina told reporters that although no casualty was recorded at Leme, government would leave no stone unturned at investigating the immediate and remote causes and bring the culprits to book.