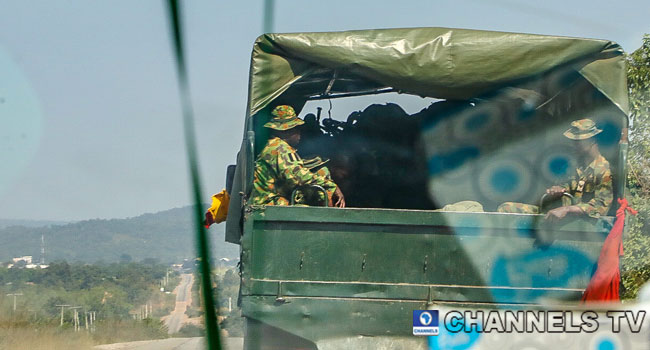 The Nigerian Army has announced the redeployment and appointments of some of its senior officers.

Among those affected in the massive shake-up was the Theatre Commander of Operation Lafiya Dole, Major General Olusegun Adeniyi.

Adeniyi was replaced by Major General Faruk Yahaya who would serve as the eighth Theatre Commander of the operation.

The Director of Army Public Relations, Colonel Sagir Musa, confirmed this in a statement on Tuesday.

He explained that the Chief of Army Staff Lieutenant General Tukur Buratai approved the postings as a routine exercise intended to strengthen the system for greater professional effectiveness and efficiency.

Over 20 other generals and a colonel were also affected in the exercise.

The redeployment comes amid the outrage triggered by a viral video in which Adeniyi decried an attack that inflicted heavy casualty on the troops and left some of their vehicles in a state of disrepair.

The former theatre commander explained the difficult situation under which troops were operating while pledging loyalty to the Nigerian Armed Forces.

It is, however, unclear if his redeployment has anything to do with the attack and the said video. 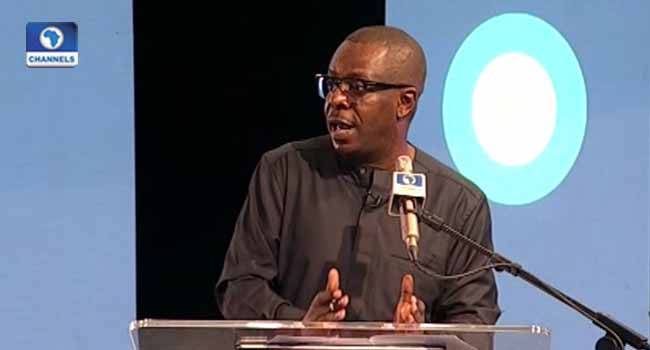 Senior Pastor of Covenant Christian Centre and Convener of The Platform, Poju Oyemade has advised Nigeria’s young generation to pay attention to what is going on in the country so that they don’t get pulled into “wrong politics”.

He said this while addressing an audience at the 2016 edition of The Platform, which took place on Saturday, October 1 at The Covenant Place, Iganmu.

This according to him is in order for their businesses to succeed.

He made an analogy between the flood story in the Bible and Nigeria’s current economic situation, saying that regardless of how much a person has, if he does not act in accordance with reality, and look at the big picture, he gets swept away. 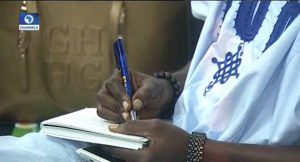 “some businesses have failed, not because the individuals were bad entrepreneurs, but rather because the politics was wrong”.

He said, “we need to begin to compel our political and economic institutions to make credit available to us, to actualise our ideas”

Pastor Adeyemi said that the government must do everything possible to ease the difficulty in the business environment.

And as the country seeks ways to end the current recession, he appealed to Nigerians to follow the budget closely to ensure proper execution of allocations.

Addressing the government he said “if you serve well, you will be able to leverage on goodwill after you leave office

“Any government at any level, that does not expend most of the budget to build world class infrastructure to make it easy for citizens to prosper, from now on should be voted out” he added.

The annual event brings together great visionaries who share futuristic ideas, proffer solutions to ensure a better Nigeria, as well as to inspire the youth. 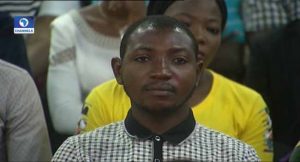 ical meeting, the convener said of its 2016 edition, “we intend to speak words into the heart of this nation, that will serve as the sprinkling of salt into the spiritual atmosphere to create peace, order and progress so that the higher ideals of life can be attained”. 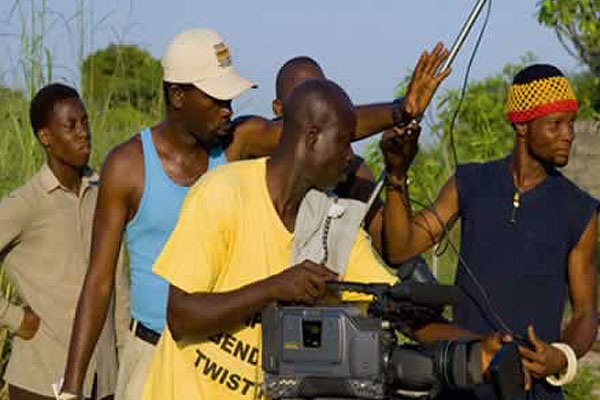 The Bayelsa State government on Wednesday organized a one day symposium with the aim of promoting the makıng of fılms ın Izon and other indigenous languages in Nigeria.

The governor of Bayelsa State, Seriake Dickson, who was represented by hıs deputy Gboribiogha John Jonah, told guest at the symposium, that the government is interested in the project and will support the rich heritage of the Izon race.

In hıs remark, Mr Jonah stressed on the resolve of the state Government to encourage mandatory teachıng of the Ijaw language ın schools.

“When we can produce students that will be proficient in writing in our language then they can actually act in the language. They must be able to read and write in the language before they are able to act,” the deputy governor said.

Nollywood actor, Olu Jacob emphasızed the need for fılms to be made ın our ındıgenous languages.

“English is not our language. It is our joy; it is our pride to use our language to communicate. The power, the joy and love in that language will be lost when you translate it,” he said.

“This is not only a welcome idea but an idea that is very fruitful and productive,” she said. 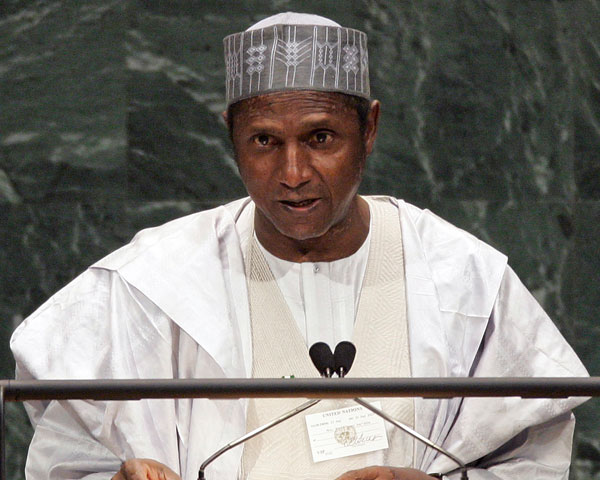 “If we will be honest with ourselves, we all know how we rig elections in this country,” Adeniyi quotes Yar’Adua as saying during a closed-door January 2008 meeting about the corrupt election that saw him become the nation’s leader.

It is a tell-all book that delves into the untold story about the term and death of late former Nigerian President Umaru Yar’Adua, and news of it has spread far and wide.

Written by his former spokesman, Olusegun Adeniyi, the book “Power, Politics and Death: A Front-Row Account of Nigeria Under the Late President Yar’Adua” reportedly tells of how late President, whose health had been compromised for a long duration of his term, was simply a pawn in the country’s political playground.

Associated Press reporter Jon Gambrell had obtained an advance copy of the book and reports that it “describes the rise of militancy in the oil-rich country’s crude-producing southern delta, including how a militant leader stole thousands of machine guns from Nigerian army depot”.

According to the AP, the author, currently a columnist for the ThisDay newspaper, had been flattering about his former boss, but much less so about the nation’s budding democracy.

One shocking part of the book highlighted by the AP is that President Yar’Adua, already ill from a serious kidney condition, had reportedly admitted election discrepancies that aided his rise to power.

“If we will be honest with ourselves, we all know how we rig elections in this country,” Adeniyi quotes Yar’Adua as saying during a closed-door January 2008 meeting about the corrupt election that saw him become the nation’s leader.

“We compromise the security agencies, we pay the electoral officials and party agents while on the eve of the election we merely distribute logistics all designed to buy the vote.”

Adeniyi made claims in his book that while the late President’s conditions worsened, the men around him worked harder to keep his condition secret.

The author recalled his role in that aspect, saying he had once, in 2008, instructed a cameraman from state-run television network to film the president from one side in order to hide Yar’Adua’s swollen face after an allergic reaction.

Adeniyi’s book reportedly exposes the network of cover-ups that protected the President’s true physical state from the Nigerian public, even as he was flown abroad numerous times for different surgeries.

The book also details the events that transpired behind-the-scenes when Yar’Adua’s longest stay in a hospital, his seven-month stint in a Saudi Arabia medical facility, compeled the National Assembly to hand over power, temporarily, to then vice-president Goodluck Jonathan.

The former spokesman said that in his final days, the late president had been incapable of working for more than a few hours at a time, and soon unable to speak, yet members in his camp had been eager to keep him in power.

“There were fears among (Jonathan’s) closest aides he could be shot by the soldiers,” the book claims.

It later adds: “Signals from the military were also hazy, with fears that some soldiers could take out both Yar’Adua and Jonathan.”
Yar’Adua died on May 5, 2010. Jonathan was sworn in as president the next day.

Adeniyi’s book also takes a look at the rise of the Movement for the Emancipation of the Niger Deltam the region’s premier militant group which, he writes, was aided by a series of weapons thefts engineered by the group’s alleged leader Henry Okah from Nigerian military depots.

The theft of thousands of weapons, including pistols, machine guns and rocket launchers, “was so staggering and the crime so well organized that the investigating team could hardly determine the exact amount of arms removed,” Adeniyi writes.

Though he denies it, Okah is still facing charges in South Africa over the Independence Day car bombings that killed 12 people in Abuja in 2010.
There have been no comments from the President Jonathan’s administration about the claims made in the book.

The controversial tell all is set to hit stands next week and has already piqued the interest of Nigerian readers awaiting its release.