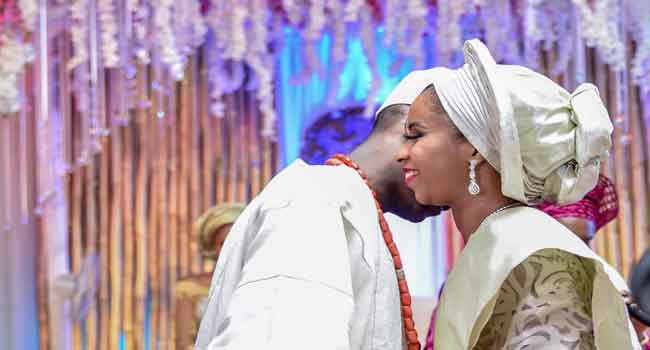 The event, which witnessed attendance of some governors and top government officials, was held at the Presidential Villa in Abuja.

The Vice-president had earlier taken to Twitter to announce the wedding. Using his official twitter handle @ProfOsinbajo on February 14 he said, “With joy and praise to the Lord, Dolly and I announce the betrothal of our daughter Oludamilola Osinbajo to Oluseun Bakare.”

The church wedding is scheduled to take place at the National Christian Centre, Abuja, on Saturday, March 17.