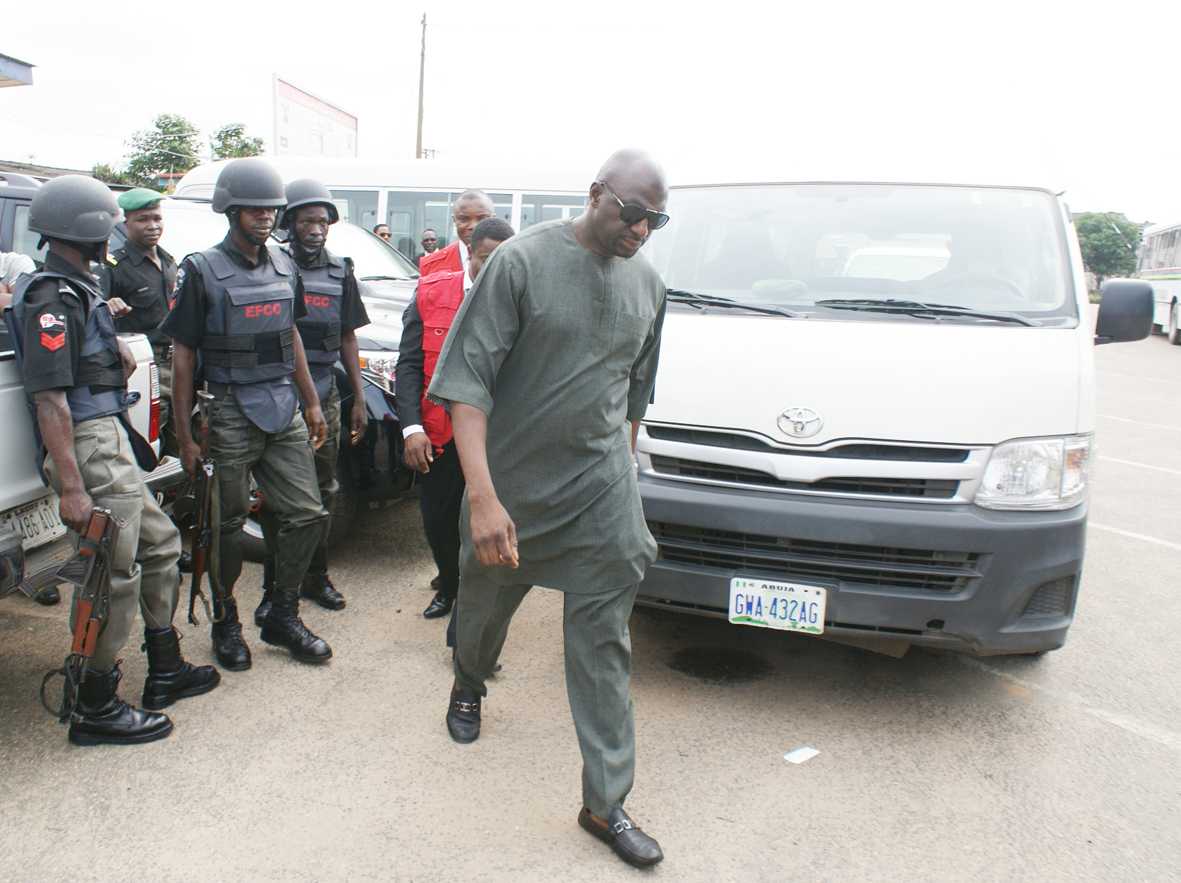 One of the suspects of fuel subsidy fraud, Oluwaseun Ogunbambo, who was earlier denied bail due to his history of unresolved criminal allegations and multiplicity of identity, on Monday regained his freedom before another judge of a Lagos High Court.

This came after the Economic and Financial Crimes Commission (EFCC) filed separate charges of banking fraud against him.

The accused allegedly obtained separate loans of N230 million and N430 million from Stanbic IBTC Plc in 2010 with forged documents.

Justice Adeniyi Onigbanjo had on August 1 denied Mr Ogunbambo bail after he was arraigned along with Habila Theck and their firm, Fargo Energy Limited, on six counts of fraudulently collecting N976.6m from the Federal Government purportedly as payment for subsidy on importation of petrol.

The accused however was on August 19, released on bail by Justice Lateefat Folami, a vacation judge, who the accused turned to during the original judges’ annual vacation.

Mr Ogunbambo had asked Justice Folami for bail on the grounds of health. The judge had granted the bail despite admitting that his grounds of ill health were “unmeritorious”.

Justice Onigbanjo had ordered that Mr Ogumbambo be remanded in Ikoyi Prisons, saying “his multiple identities and his propensity to get multiple passports each time one was seized,” were weighty enough to warrant the denial of the bail.

The judge also refused the bail application on the grounds of the accused person’s “previous and unresolved criminal allegations”.

Rather than granting bail, Justice Onigbanjo granted an accelerated hearing of the trial, saying the suspect’s criminal history had “cast a huge question” and doubt on his claim that he would not “take flight” and be available to attend trial.

Counsel to the EFCC, Rotimi Jacobs, had earlier told the court about the difficulty encountered by the commission in arresting Mr Onigbanjo and charging him to court.

Mr Jacobs said Nigerian and British passports were seized from him in 2010 when he was granted administrative bail during his investigation for the alleged banking fraud.

“He was invited and released on bail but jumped bail and that has stalled the trial since 2010,” he said.
He added that despite the seizure of his passports, Mr Ogunbambo was found to still be travelling abroad.

The EFCC lawyer had said, “Even if he deposits a passport with this court, this will not guarantee his presence because he will go and get another one.

“He uses different names and changes names as he likes.

“In the UK passport his name is Benson Oladayo Adetokunbo Shobowale. But in this case, he is Oluwaseun Ogunbambo.”

Apart from using forged documents to obtain loans from the Stanbic Bank, Mr Ogunbambo was also said to have been caught with cash at an Irish airport, a matter which he said was still under investigation.