In discussing the downward slide of the sports sector in Nigeria, which of late reached its limits in the recently concluded London 2012 Olympics where Team Nigeria had a poor showing as they came back home without a medal, roving sports journalist George Aluo joined the crew of our breakfast show to look at what went wrong.

George said he was not surprised that Team Nigeria didn’t win any medal but he felt strongly that even with a dismal performance, Team Nigeria would still manage to scramble for a few medals here and there but alas that was not to be.

Porto player and Brazilian Forward Hulk has made up his mind on his future in the round leather game, as he has decided to leave the Portuguese champions for a likely and profitable move to high-profile club in either England or Spain.

According Hulk,he has done everything to make him transferable and he wishes to play in the English or Spanish league as there lots of opportunities to be benfitted in those leagues as it is being watched the world over.

The 26 year old Brazilian whose contract includes a buyout clause of 100 million euros ($123.51 million) and will runs until 2016 said it is now time for him to move on,meanwhile Hulk has been linked to the new European champions Chelsea towards the end of the English Premier League,also bidding for the Brazilian are France’s Paris St Germain and Russian club Anzhi Makhachkala.

Brazil forward Hulk is ready to leave Portuguese champions Porto and would like to move to a high-profile club in England or Spain.

He has been instrumental in the club’s successes over the past four seasons, helping them win three league titles, three Portuguese Cups, two Super Cups and one Europa League trophy.

Hulk, who featured in the Brazil team beaten by Mexico in last week’s London Olympics final, has been voted the best player in Portugal for the last two seasons.

Mexico has won the Olympic men’s football title for the first time as they stunned favourites Brazil 2-1 at the Wembley stadium.

Oribe Peralta put Mexico ahead after 28 seconds and added their second in the 75th minute with a header before Brazilian forward Hulk replied for Brazil in stoppage time.

The result leaves five-time world cup winners Brazil still searching for the one major title to elude them after trying for 60 years.

It was their third defeat in an Olympic final after previous losses in 1984 and 1988. 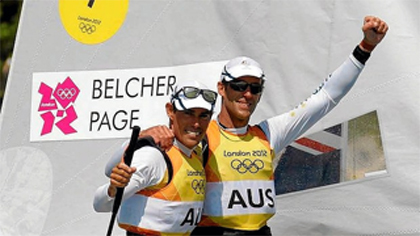 New Zealand’s women sailors fulfilled a pledge to go one better than their men by winning gold. 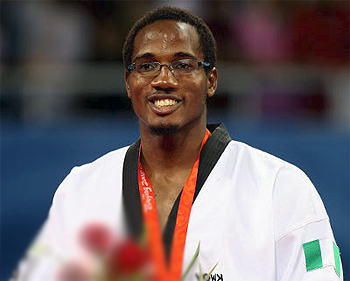 Team Nigeria’s woes at the ongoing London Olympics continue with the ouster of its medal hopeful Chika Chukwumerije in the +80kg of the taekwondo event.

Beijing 2008 Olympics bronze medalist Chukwumerije lost narrowly by 1 point to Cuba’s Robelis Despaigne to send the Nigerian out of the event.

The fourth seeded Cuban 2011 Athlete of the Year was also a quarter finalist at the 2009 World Championships in Copenhagen, Denmark and the Team Nigeria Captain Chukwumerije, before the clash remained unfazed, hoping to go beyond his achievement in the same event in the Beijing Games four years ago, here in London 2012.

Nigeria’s second qualifier, Adam Isah Mohammed, who was drawn against a Jordanian fighter, Abulibdeh Mohammad in the 68kg category battle was also flushed out of contention on Thursday.

The African champion’s hope for a medal now hangs in the balance which means he could be sneaked in to get a chance for a bronze medal fight if the Cuban reaches the final. 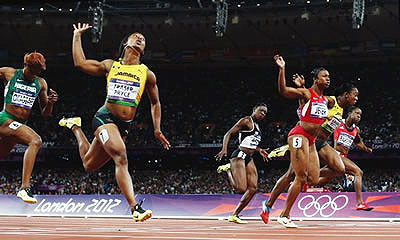 Even though they finished fourth in the final of the 4 x 100m women relay, Nigeria’s quartet of Oludamola Osayomi, Gloria Asumnu, Endurance Abinuwa and Blessing Okagbare posted a season best of 42.64 seconds.

Okagbare who ran the last lap for Nigeria was almost close to picking the bronze but could not outdo Ukraine’s Elizaveta Bryzgina.

US quartet of Tianna Madison,Allyson Felix,Bianca Knight and Carmelita Jeter created a new world record as they ran a time of 40.82 seconds to claim gold medal.

Jamaica clinched silver in a time of 41.41 seconds while Ukraine won bronze in time of 42.04 seconds.

Only yesterday,the minister of Sports Mallam Bolaji Abdullahi admitted that Team Nigeria have had a woeful performance at the London 2012 Olympics.
It is now left to be seen where the medals will come from,as Nigeria has only few competitions to compete in,the Women’s 4×400 meters finals 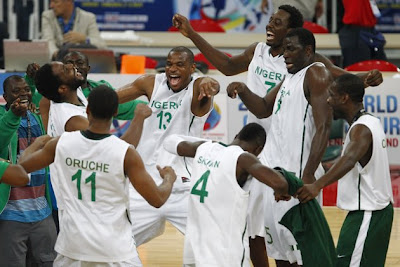 Nigeria and Tunisia have been eliminated from the London 2012 Olympics men’s basketball tournament.

This is on account of Lithuania’s defeat of Tunisia by 76-63 points in their Group A game on Monday morning.

This has enabled Lithuania to pick the fourth seed in Group A.

Lithuania will now face Russia in the quarterfinals on Wednesday.

Russia clinched the No. 1 seed in Group B despite falling to Australia on Monday.

If the United States beat Argentina on Monday night, the team will face Australia in the quarterfinals.

Either China or Britain will be eliminated after their game on Monday.

Nigeria’s Blessing Okagbare missed out of the medal as she finished 8th in the final of the women 100m race.

Okagbare ran a disappointing time of 11.01 seconds which is a far cry from her previous race.

Jamaica’s Shelly Ann Fraser-Pryce defended her title as she posted a record time of 10.75 seconds ahead of Carmelita Jeter of the USA and Veronica Cambell-Brown of Jamaica.

The Olympic association of host country Britain in the on-going Olympic tournament in London said the GB team are still on course for medal rush especially the old medal category, a category that determines the position on medals table.

This media stunt was called for after a mixed up start by the host as the Host country could only manage to win two silver medals during the midday of day four of the tournament and the much-awaited gold medal is still not on their record till this moment.

The Olympic association of Britain is however optimistic in the clinching of the gold medals said BOA chef de mission Andy Hunt saying further that the team is confident in mentality so it does make sense if the team is not delivering.

The men’s team artistic gymnastics competition earned them a Bronze in what was tagged a fantastic result, and it was celebrated overnight and this morning while weightlifter Zoe Smith got a new British record and according to Andy Hunt, it is an historic outcome of a medal for the first time as it was a first in the event for a century.

Four years ago Team GB won 19 gold medals at the Beijing Olympics and with that they finished fourth on the medal table.

Team GB are being headed by Australia who has been tagged as arch-rival of the Britain as they have been able to get a gold medal and they hope that that won’t take long to change. 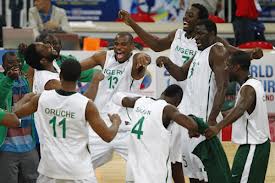 The Nigerian basketball team, D’Tigers, won their first game at the 2012 London Olympics this morning, by beating Tunisia 60-56.

With this win,  D’Tigers have become the first basketball team in Nigeria’s sporting history to win a match at the Olympics.
The team needs just one more win to get through to the next round.

President Goodluck Jonathan on Thursday, wished Nigeria’s team good luck and  mandated them to scoop medals at the Olympic Games in London.

Speaking during the handover ceremony of the team at the Sheraton Hotel in Lagos, President Jonathan said that the London Games provide the best chance for the athletes to raise their profile.

Recalling that Nigeria’s best outing at the Olympics was at the 1996 Games in Atlanta, President Jonathan, who was represented at the event by the Minister of Sports and Chairman, National Sports Commission (NSC), Bolaji Abdulahi,  said that it was time for Nigeria to return to winning ways, beginning from London.

“For how long will our best continue to remain in our past is the big question on my mind and that is the challenge before you as you go for the Games in London. We should start asking what strategic policies are we putting in place to make people work and win”, said President Jonathan.

He said that the undying Nigerian spirit was going to propel athletes to greater heights in London.