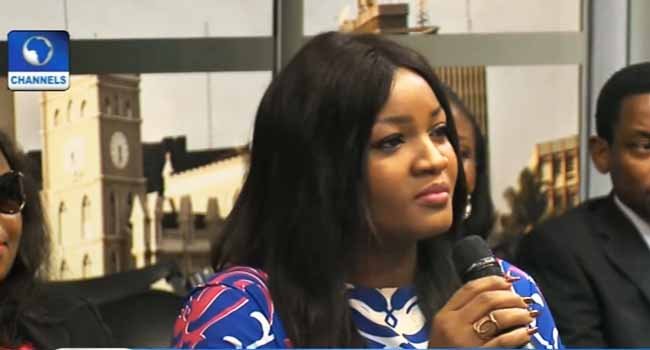 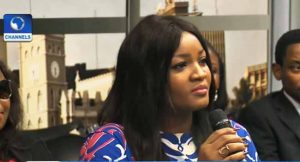 Actress Omotola Jolade returns to the big screen with a bang after four years of self-imposed acting hiatus.

She made her return with an appearance in the new movie ‘Alter Ego’.

The lead, cast and crew of the movie which is set to make a box office entrance hosted a special screening for critics in Lagos.

Speaking at the screening Nollywood screen delight Omotola Jolade Ekehinde explained her reason for taking a 4 year break from acting.

She said, “I knew I was going to be going on a break so I did a few movies; I have like four movies that are still not out. I knew I needed to go away because I was getting creatively stiffened. It gets to a point sometimes that you feel there is nothing challenging you anymore and then you start to feel like you are in trouble, your standard is dropping.

“So, I went through that period and I knew I needed to stay away and so coming back was hard for me because I was waiting for that movie that will challenge me and excite me and something that will bring out value in message, entertainment, reality, nature and the truth of the matter is ‘Alter Ego’ did it for me.”

‘Alter Ego’ focuses on the post-traumatic stress suffered by a victim of child sexual molestation.

Over the years Omotola had used her image, name and voice to fight many female causes in Africa.

Ending herself self-imposed break came because of a personal strong conviction about the message.

“This is the first movie that is truly addressing the problem of (PTSD) post-traumatic stress disorder. We don’t talk about that in Nigeria so when we see someone who is mentally traumatised, the first thing that comes to your mind is this person is crazy. We don’t talk about depression in Nigeria and how it affects children especially children that have been abused,” the actress said.

“We want to start addressing this, not only how it affects children psychologically at that age but even as adults, because in Africa we don’t think about the fact that people actually have physiological trauma and that PTSD actually affects Africans, we think it is an oyinbo disease.”

‘Alter Ego’ is woven around a young successful woman who suffers a multiple personality disorder which sees and act in a clear and vulnerable manner around men.

To portray the character the mother of four had to play some extremely ranching scenes, she addresses the controversy that the scenes have generated.

“Off course, I am married, my husband is my very big fan and he is fine with it and understands it but he also wants to be convinced that it was done because it was necessary, but I won’t do that if is not necessary in the movie,

“I knew I was doing something quite risky but I knew it was necessary as well and there are ways to do a sex scene, my own is if you must do it then do it well and convincingly. So, the thing to watch out for is, ‘is it necessary for the movie?’ And if it is, it must be done properly.”

‘Alter Ego’ will hit the big screens from July 21. 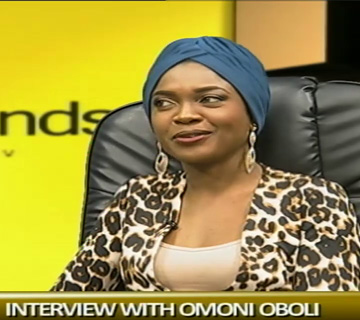 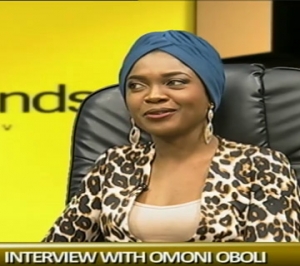 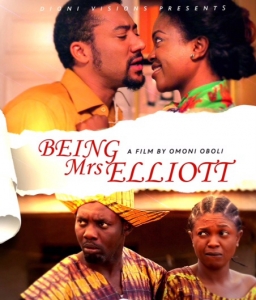