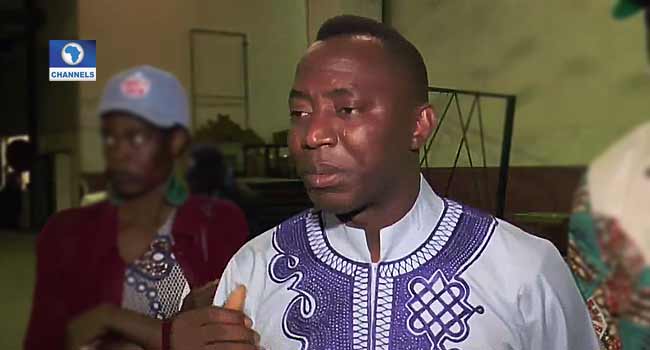 Omoyele Sowore, the founder of online news platform – Sahara Reporters, who is also a presidential aspirant in the 2019 general elections, has spoken of his plans to redeem Nigeria from what he describes as “weak leadership”.

Fielded questions from the audience during a town hall meeting with some members of the Nigerian community in Pretoria, South Africa on Monday, he said Nigerians deserve much more than what the current leadership is giving.

“What we are promising now will be the same things we are doing now and we will even do more because Nigerians deserve a lot more than they are getting from this weak leadership that has been running the country for 58 years,” he said.

He also believes that beyond foreign investments, many Nigerians abroad will return in droves once infrastructure, especially power is fixed.

Addressing the issue of poor leadership, he said he had the right to call out any leader who was underperforming.

According to him, Nigerians ought not to be afraid to call out those who have mismanaged the country.

He said, “I have a right to maintain an opinion and also if my country has been mismanaged, to call out people who have mismanaged it.

“That is not immaturity; it is a matter of fact that I’m speaking the truth to those who have been in power and that for us not to be afraid to say things in their face even when they don’t like it.

“What is immaturity is governing the country the wrong way, even though you might be an old person”.

Watch this earlier interview of Sowore below, explaining how he plans to win the 2019 elections.