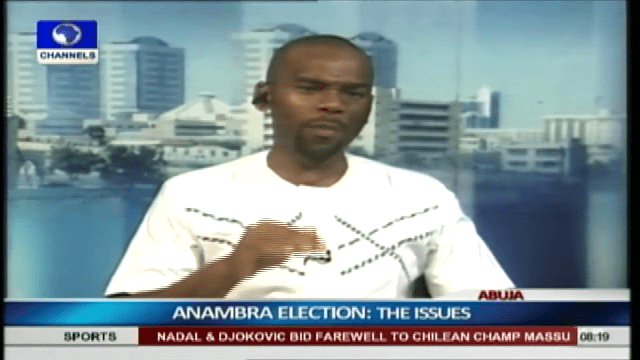 On Saturday, Mr Metuh had praised INEC for proper conduct of the Anambra election and criticised the leadership of the APC for demanding a cancellation of the election.

However, a member of Tony Nwoye’s (PDP’s candidate) campaign team, Onyeka, described the electoral process as a charade and supported the call for cancellation which seemed to fuel rumours that there is no alignment between the PDP at the national level and the state level, in Anambra.

Speaking on Sunrise Daily on Thursday, Onyeka assured the public that the PDP was in one accord as the party chairman, Bamaga Tukur, who gave them a mandate to contest in the election, also gave all the support needed.

He commented on Metuh’s statement and said “Chief Olisa Metuh is only an individual, as far as I’m concerned,” adding that he only expressed his own opinion.

He added that Metuh, who is based in Abuja and did not participate in the election, was not the right person to adjudge the election as ‘free and fair.’

“This election, as far as we are concerned, is a mere charade.”

Onyeka also denied claims by the APC that the PDP sold Nwoye’s supporters to APGA.

“Our candidate, Tony Nwoye and all his supporters went into that election because we know that if the election was conducted on a free and fair basis our candidate will emerge the governor elect of Anambra state. So there’s no how we would have sold our mandate to APGA.”

The Tony Nwoye team had successfully campaigned in all 177 communities in the state with 2 weeks. “We wouldn’t have taken such pains if we were thinking of selling our mandate to APGA.”

He stated that anything short of an outright cancellation of the election would not be free and fair.