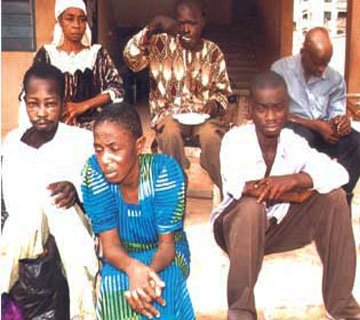 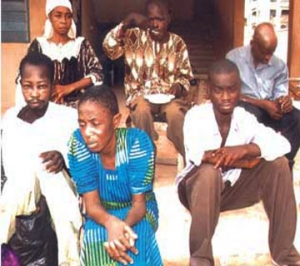 The case of about 80 persons deported from Lagos State in 2013 came up for hearing at the Federal High Court sitting in Lagos on Monday.

The suit was filed by seven of the deportees, against the Lagos State Government, over alleged breach of their fundamental rights.

They had filed the suit on behalf of themselves and 76 others, against the Lagos State Government & two others, claiming the sum of N1 billion as damages for breach of their fundamental rights.

The two others who are joined as respondents in the suit are the Attorney-General of Lagos State, and the Commissioner of Police.

Presiding Justice Rita Ofili-Ajumogobia has adjourned the suit to February 10 for hearing of all pending applications.

The plaintiffs, in their motion, want the court to declare that they, as Nigerian citizens, were entitled to their fundamental rights as enshrined in the Constitution.

The Lagos deportees are seeking a declaration that their arrest and detention in various camps in Lagos in July 2013, and their subsequent deportation to Anambra, on July 24, 2013, for no offence, amounted to a serious breach of their fundamental rights.

The deportees also seek an order, mandating the respondents to tender a written apology to them by publishing same in three national newspapers continuously for 30 days, for gross violation of their constitutional rights.

They also want an order, directing the Lagos State Government (LASG), to re-integrate them into the State, as well as perpetual injunction restraining the respondents, their agents, and officers from further deporting or refusing them free entry into Lagos State.

In addition, the applicant claims the sum of 1billion naira against the respondents jointly and severally, as general damages for breach of their rights.

Meanwhile, the Lagos State Government, in its counter-affidavit, contends that the deportation was not borne out of malice, but out of genuine intention to re-unite the applicants with their families.

They had further averred that the applicants were only assisted by the government, to re-join their families, after pleading that they had no homes, relatives or businesses in Lagos State.