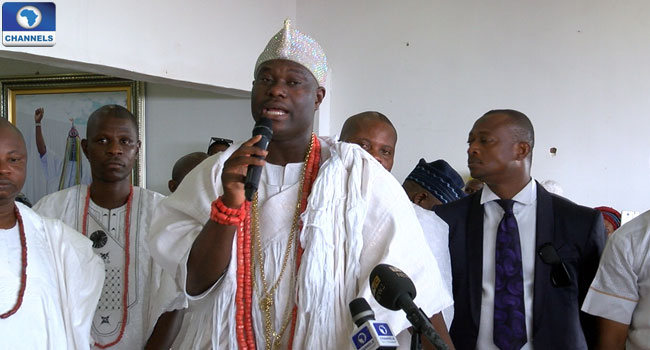 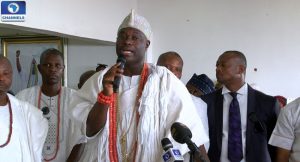 The Ooni of Ile-Ife, His Imperial Majesty, Ooni Adeyeye Ogunwusi, Ojaja the second, on Saturday received a plethora of accolades from President Muhammadu Buhari, governors, prominent Nigerians and traditional rulers.

Ooni Ogunwusi got the accolades during the final stage of events marking his 1st year coronation anniversary held at Ile-Oodua White House Palace.

Represented by the Minister for Solid Minerals, Dr. Kayode Fayemi, President Buhari described the Ooni as a ‘wound-healer’ and a progressively-ordained personality.

“Kabiyesi Ooni has healed the wound in our country land by bringing together everybody. We know that a lot has gone into this. It is not a matter of age but the fact that you are blessed by the Almighty God to do so.

“We hope that in your many years on the throne, we will witness more advancement of the entire Yorubaland, Nigeria and everywhere we have Yorubas around the world. Many are celebrating you in Cuba , Brazil, America and all over places where you have your children around. We appreciate your contribution to our development and we will continue to adore your Majesty,” the president’s representative said.

The Governor of Ondo State, Olusegun Mimiko, remarked that the Ooni had performed beyond imagination within his one year on the throne.

“Looking back, it is almost unbelievable that you are just one year on the throne. You have impacted on the Ile-Ife city and the whole Nigeria. You have brought uncommon energy and creativity to the throne. ‎You did not only preach peace but have also acted unity at both state and national levels. You have demonstrated how to use position as a leverage for youths empowerment.

“Everything you have done shows that you are well equipped to come to the throne to impact on lives. You have made us proud. You have fired our imagination on your one year on throne and we are ready to support you,” Governor Mimiko told the Ooni.

Anambra State Governor, Willie Obiano, commended the Ooni for extending partnership to the Igbos and urged him to intensify the unity between Yorubas and Igbos.

“Since Ooni emerged, I have enjoyed great support from the Yorubas and I pray that his reign will be the longest on the throne. I commend what you did to the youth by supporting them to be entrepreneurs.

‎”I am here to consolidate and deepen the Igbo-Yoruba unity. I am happy that the Yorubas living in Anambra are very happy with us. I believe in Nigeria’s unity and we should all work hard to make it work. I want our relationship to blossom.” Governor Obiano said.

While emphasising the importance of traditional rulers in the administration of any state, Governor Obiano also recommended cutting of taxes as a way to mitigate the effect of recession on investors.

The Chief of Defence Staff,General Abayomi Olonisakin, urged the Ooni to sensitise indigenes of Ile-ife on the importance of security.

“Enlightening them to be security conscious will enhance the sustenance of your good legacies,” he said.

On his  part, the Deji of Akure, Aladetoyinbo Aladelusi, said the Ooni had served as a source of inspiration for him and other progressive minded traditional rulers in Yoruba land, describing him as the indistinguishable father of all Yoruba people in Nigeria and globally.

“The unity of traditional rulers as emphasised by Ooni is important. We need it and we are always inspired by his style of leadership. He has indeed lived up to the expectations as our spiritual leader, nobody can take this away from you no matter what they do,” Deji of Akure stressed.

The Etsu of Nupe, Yahaya Abubakar, in his own speech expressed delight over the “progressive moves” Ooni Ogunwusi had made.

“Your Imperial Majesty, we in the North are so proud of your leadership and bridge-building moves in the last one year. It’s been so progressive,” he observed.

Osile of Okeona, Egbaland, Oba Adedapo Tejuoso, asked the Ooni not to relent on his progressive agenda, saying, “his one year is just like a thousand. “Kabiyesi, please, don’t relent on this progressive agenda that you have been enviably executing in the last one year which is just like a thousand years. The rate of advancement and progress recorded since you ascended this sacred throne of Oduduwa is marvellous”.

Also, the Obi of Onitsha, Nnaemeka Achebe, appealed to all traditional rulers in Nigeria to cooperate with the Ooni in ensuring unity.

“Your Majesty, I bring you goodwill from across the Niger from all Igbos. We have seen how you bring real change and solve challenges that seem impossible in a year. Your feet shows that when God puts the crown on you, no human being can take it away. Collectively, with a person like you, we will achieve the real change that we have been looking for,” Obi of Onitsha emphasised.

Reacting to the commendations, the Ooni commended the dignitaries that attended the coronation and urged traditional rulers and all well-meaning Nigerians to take the development of Nigeria as their core responsibility.

He said: “We should collaborate with government and stop the blame-game. We are closer to our people. Let’s work towards youth emancipation. It is very important to know our roles as traditional rulers and focus more on how to appreciate things that come out from this country.

“We should be able to help others with the money that God has provided for us. Let us help one another in our little ways. We should give the less-privileged hope. We should all come together, love ourselves and impact on the lives of others”.

The Ooni is known for his promotion of made-in-Nigeria goods patronage and empowerment of Nigerian youths.

One of the great feats he has achieved within his one year in office is a one-billion-Naira loan from the Bank of Industry for small business owners in Osun to empower young persons that are unemployed.

The epoch making event also witnessed the presentation of cheques of millions of Naira to the representatives of the hundreds of youths who are the beneficiaries of Ooni Ogunwusi’s Agric-empowerment programme in partnership with Bank of Industry (BOI) represented by its Managing Director, Mr Waheed Olagunju, and Bank of Agriculture (BOA) represented by its Deputy MD, Mr Adebayo Jemileyin. 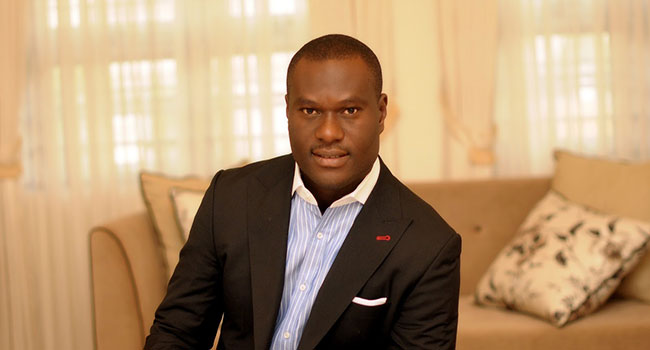 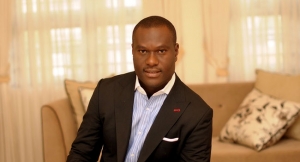 Prince Adeyeye Enitan Ogunwusi of the Giesi ruling house in the ancient city of Ile-Ife has emerged as the new Ooni of Ile-Ife, becoming the 51st monarch of the kingdom.

A statement issued by the Osun State Governor, Rauf Aregbesola, confirmed that the Kingmakers of Ile-Ife had completed the required process and communicated the choice of Prince Ogunwusi to his office for approval.

Prince Ogunwusi takes over from Oba Sijuade, who died on July 28, 2015 in a London hospital.

The Ooni was selected from 21 candidates presented by the Giesi ruling house for the exalted stool.

The Speaker of the House of Representatives, Right Honourable Yakubu Dogara, consequently congratulated the new Ooni of Ife on his ascension to the throne.

Dogara said in a congratulatory statement signed by his Special Adviser on Media and Public Affairs, Turaki Hassan, that the role of traditional rulers in nation-building cannot be over-emphasised.

Before Prince Ogunwusi’s appointment, the last descendant of the Giesi ruling house that occupied the position was Ooni Derin Ologbenla and that was between 1880 and 1894.