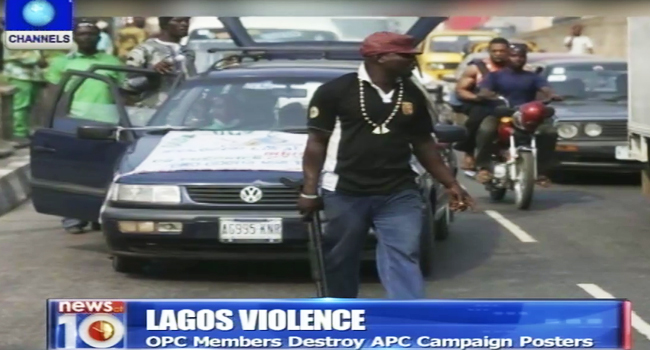 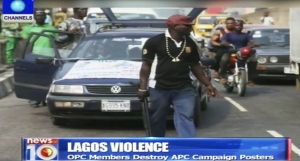 The Oodua Peoples Congress (OPC) on Monday stormed the Lagos-Ibadan Expressway, demanding the sack of the Chairman of the Independent National Electoral Commission, Professor Attahiru Jega, before the general elections.

Guns, cutlasses, pocket knifes, among other weapons, were seen on the OPC members who also destroyed some campaign posters of the All Progressives Congress candidates.

The protesters blocked the major highways causing a heavy traffic snarl while harassing pedestrians and motorists.

The protesters took time to distribute leaflets containing seven reasons why the INEC boss should be sacked.

The Movement for the Actualisation of the Sovereign State of Biafra had also on Friday protested in Abia and some other south-eastern states calling for the immediate removal of Professor Jega.