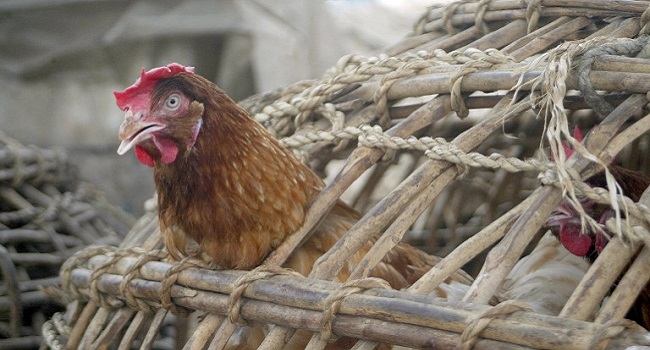 Dutch authorities have culled some 190,000 chickens after a highly-contagious strain of bird flu broke out at least two poultry farms, the agriculture ministry said Sunday.

Health workers slaughtered around 100,000 hens at a poultry farm at Hekendorp outside Gouda while 90,000 chicks were culled at Witmarsum, in northern Friesland.

In both cases “a highly-contagious strain of the H5 variant” was suspected, the ministry said in a statement.

There were no other poultry farms within a one kilometre radius of the outbreaks, it added.

“Both farms were cleared to prevent further spread of the disease,” the ministry said.

Seasonal bird flu has been detected at various farms around the Netherlands since October, blamed mainly on migratory birds.

The new measures come as the Netherlands also battles a second wave of Covid-19 which continued to infect around 6,000 people a day. 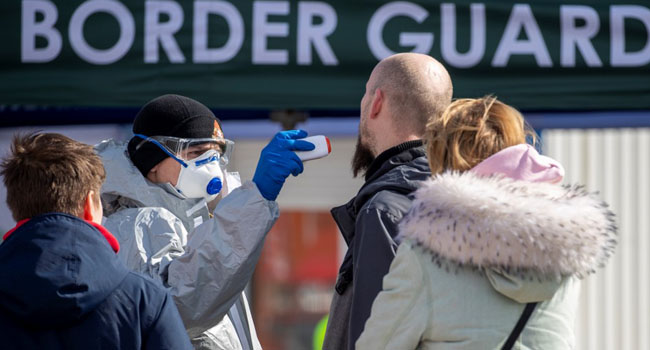 A team of medical students pressed into service by Cologne’s public health office are scrambling to cut off potential new chains of coronavirus infections by endlessly repeating the same questions.

“What are your symptoms? Who have you met in the last few days?” they ask people with confirmed or suspected cases.

Such painstaking detective work is vital to avoid a second wave with more deaths and economic damage, as Germany eases the far-reaching lockdowns imposed in March to control the disease’s spread.

From Tuesday, the human virus trackers are backed up by an official contact tracing app, aping other nations’ efforts to automate identification of potentially infectious encounters.

For now, a fax dropping out of the machine in the Cologne office announcing another positive coronavirus test marks the start line for the team.

With not a minute to lose, the health office aims to call the new case within an hour.

Their task on that first call starts with warning the person they are sick and should quarantine themselves.

But the staff must also “manage emotions” that can range from a false sense of security to panic, says Andreas Gehlhar, one of the 200 students manning the phones since March.

For worse-afflicted neighbours Germany has proved to be an example, with fewer deaths, at around 8,800, than other European countries like France, Italy or Britain.

Medical students’ training in taking a case history from a patient has proved “vital for tracking down the disease,” Gehlhar says.

From the initial case, they spread their net to all of the people they might have come into contact with in the 48 hours before the positive test.

Like detectives, the tracers often can’t settle for the first answer they get.

“An old person living in shared housing might tell us she’s only seen her daughter in the last two days, and later you find out she spoke to the cleaning staff in the stairwell or sat for 30 minutes in the waiting room at the doctor’s office where she was tested,” said Barbara Gruene.

A student doctor, Gruene has found herself at the head of one of the three “brigades” of contact trackers staffing the office.

Once the most extensive possible list of contacts for each case has been established, they must then call each person in turn.

Between them the students can check up on the contactees in more than 20 languages, vital among Cologne’s million-strong multiethnic population.

The tracers hope to convince all first-degree contacts to place themselves under quarantine.

“The vast majority agrees,” says Gruene, allowing the office to “break the virus’ chains of transmission”.

In a microcosm of Germany as a whole, Cologne’s toll from the virus remains limited, with 2,500 infections since February and 100 deaths.

The daily tally of new cases is well below the peak of the pandemic in March.

But “that’s no reason to let our guards down,” warns doctor Johannes Niessen, the head of the public health office.

As lockdowns are eased, the federal government plans to step up testing in parallel to keep the virus’ spread under control.

“We’re prepared for the second wave of infections that could arrive in the autumn,” Niessen says.

Not all of Germany’s 400 public health offices are as resilient as Cologne’s, with the number of doctors recruited by the state down by a third in the past 15 years according to public health doctors’ federation BVOeGD.

Many departing colleagues have not been replaced, as the public salaries on offer can’t compete with the private sector.

The federal health ministry has vowed to spend 50 million euros ($56 million) digitising public health offices, and in the spring recruited 500 students as “containment scouts” deployed to virus hotspots around Germany.

Meanwhile, the German army told AFP it has pressed 190 soldiers into service as contact tracers in health offices nationwide.

Even the new tracking app “cannot replace our contact work nor the advice we give to patients,” tracker Gruene believes.