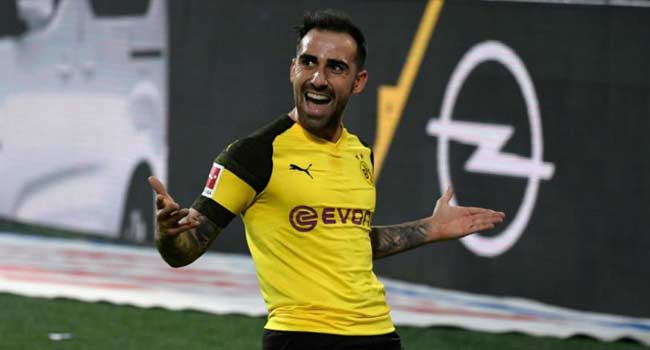 Borussia Dortmund have taken up the option to sign Barcelona striker Paco Alcacer for 23 million euros ($26 million), the Spanish club confirmed on Friday.

Barca said in a statement that Dortmund will also pay five million euros in additional fees for the 25-year-old while retaining a five per cent stake of any future sale.

“Borussia Dortmund has taken advantage of the permanent transfer option in the agreement with FC Barcelona reached last August for the player Paco Alcacer,” the statement read.

Alcacer joined Barcelona for 30 million euros from Valencia in 2016 but his playing time was limited at the Camp Nou and he moved to Dortmund on loan last summer.

The Spaniard has been a revelation since then, scoring 16 goals in 20 games for club and country this season, while helping Dortmund establish a six-point lead at the top of the Bundesliga.