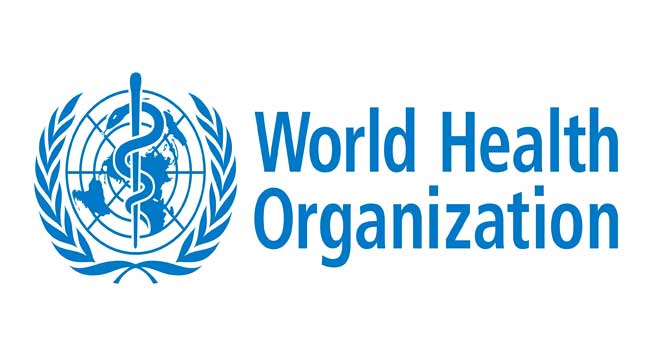 The World Health Organization said Tuesday that the outbreak of the deadly novel coronavirus, which has spread from China to two dozen countries, does not yet constitute a “pandemic”.

“Currently we are not in a pandemic,” Sylvie Briand, head of WHO’s Global Infectious Hazard Preparedness division, told reporters in Geneva.

Instead, she said, “we are at the phase where it is an epidemic with multiple foci.”

The disease has killed more than 425 people and infected a further 20,000 in China, nearly all of them in central Hubei province – the epicentre of the outbreak — and spread to two-dozen countries since it emerged in December.

Briand said that while there is a rapid spread of transmission in Hubei, outside the province there are mainly “spillover cases” with sporadic clusters of transmission.

“In these other places in China, the strategy currently is to stop transmission,” she said, adding that the same was true for affected countries outside of China.

“We would like to make sure that we don’t have a second Hubei type of scenario,” she said.

Authorities in China have taken dramatic measures to halt transmission, while other affected countries have put in place steps to rein in the spread.

“We hope that based on … measures in Hubei but also in other places where we have had spillover, we can stop transmission and get rid of this virus,” she said.

She acknowledged that halting the spread of the new pneumonia-like virus would be “challenging”.

“I am not saying it is easy, but … we believe that it can be done,” she said.

The respiratory disease spreads through droplets, for instance when people sneeze or cough, or likely through direct contact with infected people or with objects they have touched.

But Briand said it remained unclear how long the virus could linger on an object, stressing the need for frequent hand-washing to protect against transmission.

“To stop transmission of this virus, it is very important that sick people wear masks” to avoid infecting others, she said, adding though the benefits of healthy people wearing masks as a precautionary measure were less clear.

People wearing masks but not taking other precautions like frequently washing their hands could have a “false sense of security”, she said.

“Masks alone are not enough. It is a package of measures that you have to put in place,” she said.

“If people use the entire package, it is fine. If they just use masks, I think it is not enough.” 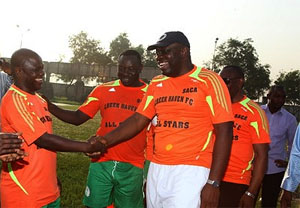 As part of measures geared towards alleviating the plight of HIV/AIDS victim, the Bayelsa State Government held a charity football match hosting the Creek Haven Young Stars and Creek Haven All Stars to mark the 2012 World HIV/AIDS Day at Gloryland Castle field in Government House, Yenagoa.

Bayelsa State government has reaffirmed its commitment to the wellbeing of people living with HIV/AIDS, saying it has made several approvals for their welfare. The Governor, Seriake Dickson stated this at a charity football match.

Speaking at the venue, Hon. Dickson said government approved stipends that would be disbursed to them through the State Agency for the Control of HIV/AIDS (BYSACA) on a regular basis.

According to him, the football event was part of efforts at sensitizing the people on the dangers of HIV/AIDS and expressed concerns over the high prevalence rate of the pandemic.

Governor Dickson pointed out that government would continue to use sports as one of the instruments to promote healthy living.

Chairman of the occasion, General Owoye Azazi (Rtd) commended the state government for its show of concern for persons living with HIV/AIDS and stressed the need for more campaigns against stigmatization.

The charity football match, which was keenly contested ended 2 – 1 in favour of the Creek Haven Young Stars.