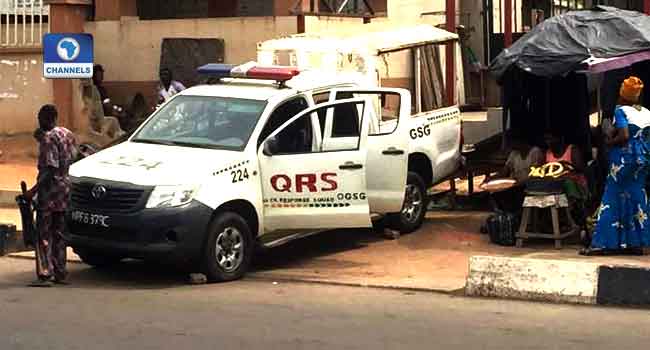 Operatives of the Ogun State Police Command have intervened in the ongoing protest by students of the Moshood Abiola Polytechnic in Abeokuta.

The personnel of the command took over the Panseke area of the state capital on Wednesday, one of the places where students have been protesting against the delay in holding their examinations since September.

Students from the institution had commenced what they said would be a week-long protest on Monday. 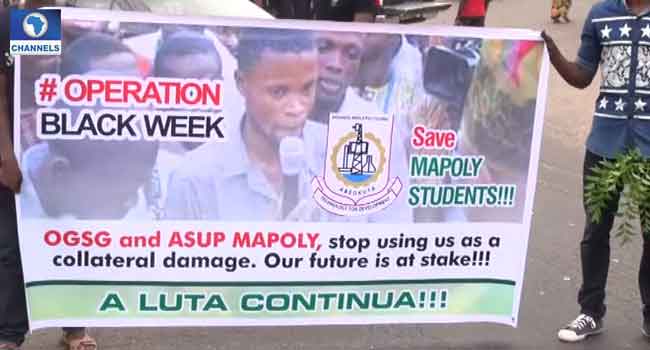 Dressed in black attires, the students marched through the major streets of Abeokuta with different placards, demanding that the school should be reopened for normal academic activities.

The protest which continued on Tuesday also disrupted normal business activities, including the movement of vehicles and commuters.

To stop the protest and allow commercial activities, armed riot policemen were deployed in areas where the students protest, including Panseke which is a major market in the state capital.

Police Public Relations Officer, Mr Abimbola Oyeyemi, said that the deployment was part of efforts by the Command to keep the peace in the state.

“Since the so-called peaceful protest by the students of Moshood Abiola Polytechnic has turned violent, the Ogun State Police Command in line with our constitutional duty has deployed policemen to strategic places in Abeokuta, to forestall wanton destruction of properties as embarked by the students.

“Parents are, therefore, advised to warn their wards not to allow themselves to be used for criminal acts,” Oyeyemi informed Channels Television via text message.

Academic activities at MAPOLY have been grounded for three months as a result of a faceoff between the state government and members of the Academic Staff Union of Polytechnics (ASUP) in the institution.