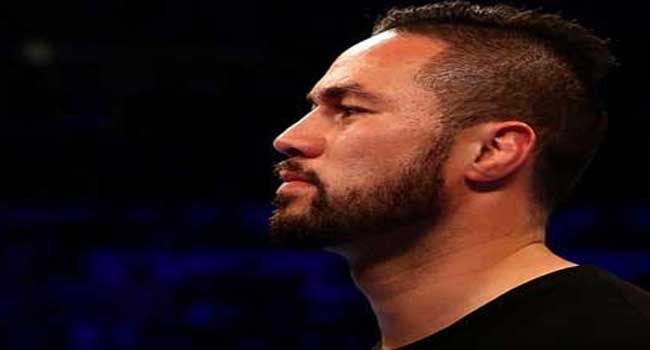 Joseph Parker is confident he will be in the “best shape” of his career when facing Anthony Joshua in their world heavyweight title unification bout after overcoming elbow injuries.

Undefeated World Boxing Organisation champion Parker will step into the ring against Joshua, the International Boxing Federation and World Boxing Association title-holder, at Cardiff’s Principality Stadium a week on Saturday.

Parker feels he will at last be able to fight at full capacity having struggled with a longstanding elbow injury before an operation in December.

“We tried to schedule in surgery numerous times, but (fight) opportunities came up so we pushed back, and the past two years we’ve been training and fighting below 100 percent,” said Parker, speaking at a work-out session in London on Friday.

“Since the surgery there’s been a lot of benefits,” added the New Zealander, who travelled to Manchester to beat Britain’s Hughie Fury in September.

“We’ve been training with no injuries; this is the best camp we’ve had for a long time, and that’s why we’re so confident in putting on a great display and a great fight,” Parker explained.

“I feel like I’m in the best shape I’ve been in. My face is a bit skinnier, and I’m also starting to see some abs come along.”

Parker’s trainer, Kevin Barry, was taken aback by the boxer’s progress since surgery.

“The pain Joe had to go through — how he was even able to achieve some of the successes he’s had is mind-boggling,” he said.

“The surgeon sat down when he looked at the initial damage and said, ‘How was he able to perform at an elite level?’.”

Promoter David Higgins urged the ringside judges not to be swayed by a home crowd and score the fight fairly, even though Parker’s previous fight in Britain ended in victory.

“This fight is so big, and there’s so much scrutiny on the officials, they should know they won’t work again if they favour the home man, obviously.”

Meanwhile, Parker accused Joshua of snubbing travelling media from New Zealand and Samoa by refusing to speak to them at a workout session on Wednesday.

He did, however, speak to other reporters and it was by no means certain Joshua had deliberately avoided taking questions from overseas journalists, although that did not stop Parker drawing a comparison with his own accommodating attitude to British media.

“It’s a little disrespectful because they’ve travelled a long way to come and see him, and they respect him, as a fighter and (for) what he’s achieved,” Parker said.

“We were in camp in Vegas, we had a lot of British media come over and we were very friendly.

“He (Joshua) should just be a bit more respectful in talking to everyone who was there. Hopefully, in future he can make it better.” 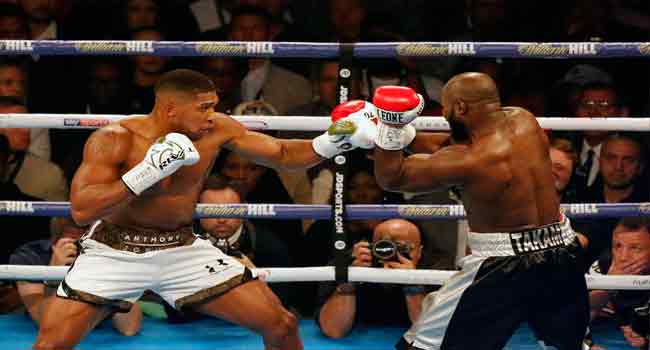 Heavyweight boxing moved closer to having an undisputed world champion after it was announced Sunday that Britain’s Anthony Joshua and New Zealand’s Joseph Parker will meet for a multiple title bout in Cardiff on March 31.

Joshua will put his World Boxing Association and International Boxing Federation belts on the line against Parker, the World Boxing Organisation champion.

“I would like to announce the official news that myself and Joseph Parker will be fighting on March 31 at Principality Stadium in Cardiff,” said Joshua.

“These fights aren’t easy because there is a lot on the line, so respect to team Parker for taking the challenge. I am looking forward to it, training camp is under way and before you know it March 31 will be upon us.”

Joshua, the London 2012 Olympic super-heavyweight champion, unified the WBA and IBF titles with a dramatic and hard-fought win over Wladimir Klitschko at Wembley in April before retaining both belts against Carlos Takam in a late-stoppage win in Cardiff in October.

He made his British debut last year with a majority points win over challenger Hughie Fury, a cousin of former world heavyweight champion Tyson Fury.

Parker’s performance against Fury did not impress some ringside observers.

But Parker was adamant his punching power would test Joshua.

“Anthony Joshua is in for a huge shock,” he said. “A couple of months ago I heard him say ‘why should I be worried about this little kid from New Zealand’?

“My entire existence is now devoted to proving what the boxing world already knows.”

“I’m delighted to get this fight made –- it’s been a long time coming,” said Joshua’s promoter Eddie Hearn.

“Champions should fight champions and AJ continues to step up to the challenges.”