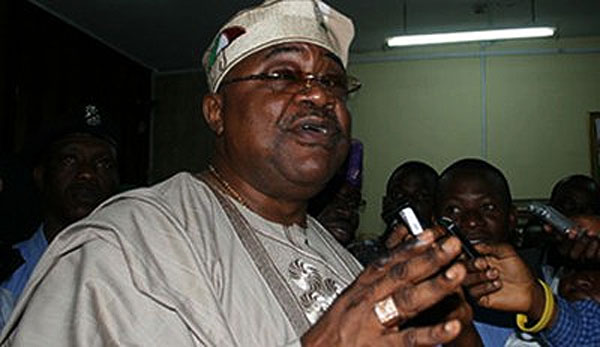 Former Oyo state governor Adebayo Alao Akala said the PDP remains unshaken as a credible opposition in Oyo state and he is confident that Oyo state will return to the PDP come 2015 elections.

The former police officer turned politician, broke his long silence during an interview with journalists in Ibadan the Oyo state capital, while commenting on the PDP congress which is yet to hold.

Akala claimed that the PDP congress did not hold because the party felt more time was needed for various committees working across all geo political zones to put all factions and wrangling to rest.

He said contrary to opinion in some quarters that the congress did not hold because of a court order, the party postponed the congress in the interest of unity among all its members.

Meanwhile, the leader, House of Representatives, Honourable Mulikat Akande Adeola addressing a large crowd of PDP party members at the recreation club in Ogbomosho, said it was time all members put aside their rancour to work together as one big family to ensure PDP returns to power in the south west.