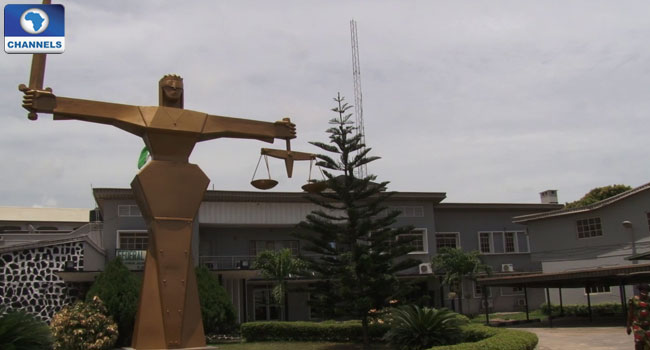 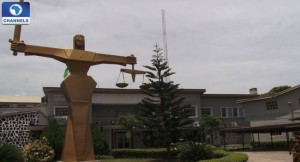 The Osun State Police Command has arraigned a pastor of The Apostolic Church, Ikutanmoni Joseph, for allegedly defrauding one Dr. Adeyemi Gbadebo, of a sum of 900,000 Naira.


Pastor Ikutanmoni Joseph, Alakinde Kayode and Muritala Adewale were arraigned at Court 2 of the Osun State High Court, Osogbo for allegedly conspiring with others at large to defraud Dr Gbadebo with intention to sell two plots of land for him.

The charge sheet reads in part: “That you Alakinde Kayode, Muritala Adewale, Pastor Ikutanmoni Joseph, and others still at large, sometimes in 2012 at Temidire Estate Osogbo, did conspire together to commit felony to with obtaining by false pretense and malicious damage.

“On the same date and place in the Osogbo Magisterial District did fraudulently obtain the sum of N900,000 from Doctor Adeyemi Gbadebo under pretense of selling two plots of land to him, knowing same to be false.

“That you Pastor Ikutanmoni Joseph and others still at large, sometimes in the month of April 2016 at Temidire Estate, Osogbo, did wilfully and unlawfully damaged a building belonging to one Dr Charles Olumokun.”

According to the charge sheet, the alleged offenses were contrary to and punishable under Section 517, 419 (A) and 451 of the criminal law of Osun state.

The three accused persons, however, pleaded not guilty to the three count charges of conspiracy, fraud and malicious damage.

Their counsels, Barrister Sunday Atofarati and Abimbola Ige, urged the court to grant their clients bail in the most liberal terms.

Police prosecutor, Mireti Wilson, opposed the oral bail application made by the counsels, noting that Police have been finding it difficult to get the accused arrested.

But Magistrate Olusola Aluko, said that “the essence of bail is to secure the attendance of the accused persons in court”.

He granted each of the accused persons bail in the sum of N200,000 with two sureties in the like sum.

Magistrate Aluko then adjourned the case till January 17, 2017 for mention.