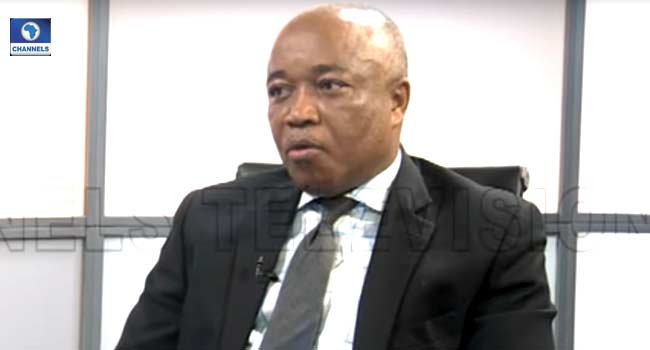 A Senior Advocate of Nigeria, Mr Paul Ananaba has backed the introduction of electronic voting into the nation’s electoral system, saying it is the solution to ballot box snatching.

Appearing as a guest on Channels Television’s News At 10, Ananaba called for reforms that will help sustain the democratic process.

One of such reforms he noted is the replacement of the country’s Permanent Voters Cards (PVCs) with a national identity card and bio-metrics.

“There should now be a regime for electronic voting with full bio-metrics so that many issues of electoral violence and snatching of ballot boxes will be taken away. Again, we should remove the regime of ballot boxes. We don’t need that. All we need is a national identity card with bio-metrics,” he stated.

“You punch in your ID card number, you put your bio-metrics, it cannot be faulted. Then the voter votes. That way, we will leave all that.

“We should proceed to the point that if you have an election petition pending, you will not be sworn into an office so that you don’t use the paraphernalia of office to proceed to prosecute elections,” he stated.

He also spoke on the cases of petitions forwarded to tribunals, suggesting that a newly elected leader should not be inaugurated while there is a pending petition.

The legal practitioner also called for the independence of the Independent National Electoral Commission, stressing that the appointment of its chairman should not be solely on the President.

While condemning the involvement of armed personnel in the nation’s elections, he called on the National Assembly to recall the Electoral Amendment Bill that is awaiting presidential assent.

He also advocated a harmonious working relationship between the legislative and executive arms of government for the overall interest of the nation.

“You would have seen that INEC has just said that the intervention and coming in of armed personnel into the electoral process was not acceptable to it and all that. It shows that there is a need for reforms and I will identify (those) areas.

“Beyond what the INEC Chairman (Professor Yakubu Mahmood) has said that the ninth Assembly should go to quickly. I expect that the already passed bill awaiting assent should be recalled so that the president wouldn’t proceed to sign that and then we will begin a fresh process.