A Public Affairs Analyst, Paul Utho has described recent developments in the Nigerian aviation sector as disturbing and worrisome considering the level of investment reported to have gone into the sector over the years.

Speaking as a guest on Sunrise Daily, Mr Utho expressed disappointment that the same issues keep happening over and over again in the Nigerian aviation sector, referring to incidents of plane crashes and allegations of corruption.

According to him, “for NCAA to even come out to try to justify why bullet proof cars should be bought for the minister, makes you even begin to think that there is something really really wrong in the system”.

“If we were talking about the minister of Defence, I would have said ok, maybe some justifiable reasons. But for the minister of aviation, is it like she doesn’t fly anymore? Is it that she prefers to go by road now?”

Reacting to claims that the armoured cars are not for an individual but for the ministry, he asked, “Who is the head of the ministry? Who else is going to use the vehicle?” He insisted that it is illogical to spend N250 million on bulletproof cars in a country where ASUU has been on strike for 3 months, and the NCAA has over time complained over unavailability of funds.

He disagreed with claims by an NCAA official who stated on Sunrise Daily last week that funding was not a problem for the agency. He claimed that his interactions with officials who work in some of these agencies revealed that trainings are not regular, some technical staffs are totally left out of the little training, and some salaries are usually delayed.

On possible risks to the aviation minister’s life as it was in the case of former DG of NAFDAC, Professor Dora Akunyili, Mr Utho stated that Nigerians would have asked for bulletproof car to be purchased for the former DG because everyone felt the impact of her good job at the agency and therefore she should not be compared with the current Aviation Minister, Stella Oduah.

He also suggested that the figure quoted for the purchase of the cars leaves much to be desired as there are revelations that each of the cars should have cost N75 million . He spoke further on the manner in which they were purchased as having not followed the due process as well as on the alleged rot in the administration of airlines’ operation.

Mr Suraj Olanrewaju of the Movement Against Corruption also joined the discussion via phone to lend his voice to the issues. Supporting the allegations of corruption against the aviation sector, he queried why the NCAA or any other agency should be responsible for purchasing an official car for the minister when she is head of the Ministry of Aviation.

They both called on the Economic and Financial Crimes Commission, EFCC to step into the matter.

A Public Affairs analyst; Paul Utho has commended the Lagos State Government for taking a step in the right direction on the recent Lagos traffic laws passed into law to guide motorists in Lagos but in his opinion some of the traffic laws look draconian and too stiff. 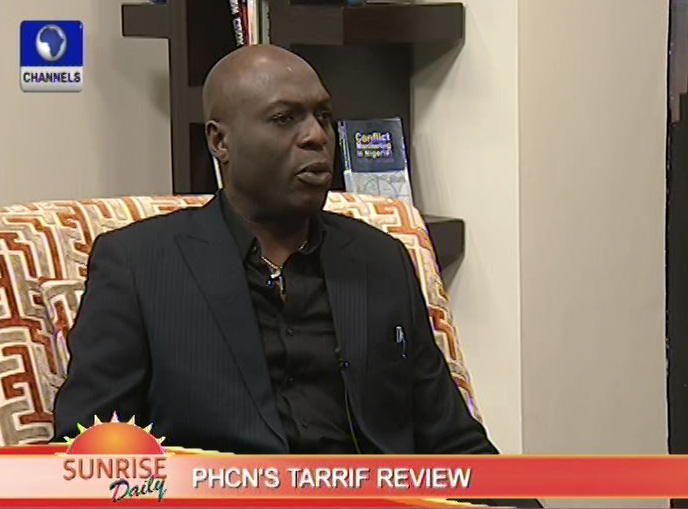