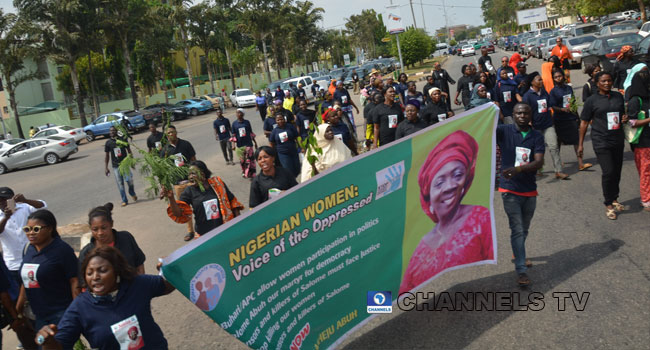 Women in Kogi State took to the streets on Wednesday to protest over the killing of their Peoples Democratic Party (PDP) leader, Mrs Salome Abuh.

The women who marched to the office of the Human Right Commission in Abuja, are demanding justice over the brutal murder.

Mrs. Abuh was burnt alive in her home by suspected political thugs after the Governorship election in the state last month.

Meanwhile, six suspects have been arrested in connection to the murder.